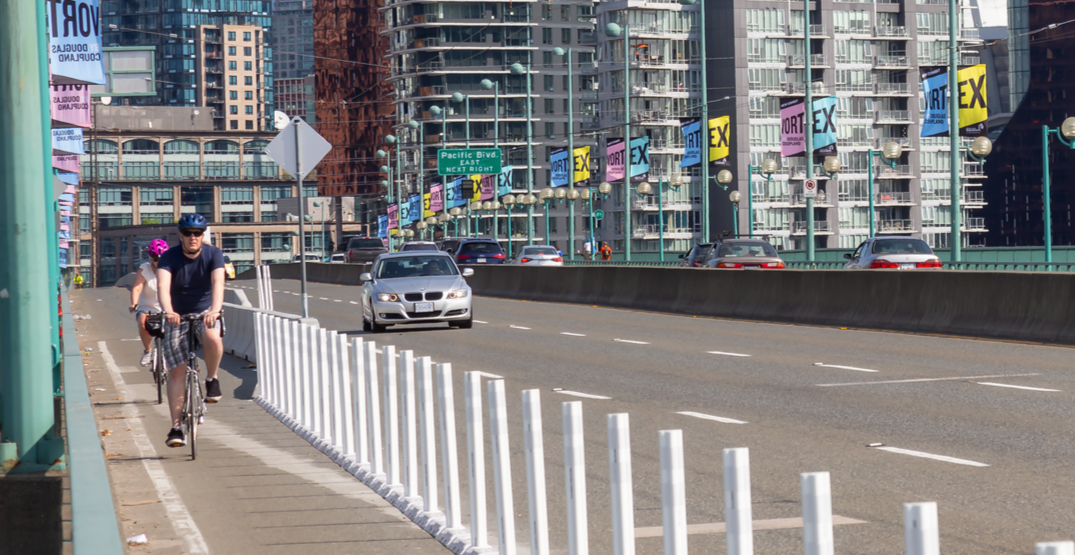 More than two thirds of Vancouver residents appear satisfied with bike infrastructure, according to a new poll from Research Co.

According to the survey of a representative municipal sample, close to seven-in-10 Vancouverites (69%) support having separated bike lanes in the city, while 25% are opposed and 5% are undecided.

Broken down by demographic, the survey found that residents aged 55 and over (33%) and aged 35-to-54 (32%) believe that the city has too many separated bike lanes at this stage. The proportion is significantly lower among residents aged 18-to-34 (24%). Men are also more likely to believe that some separated bike lanes should be removed than women (36% and 24% respectively).

The results of the survey are based on an online study conducted from November 12 to November 15, 2019, among 400 adults in the City of Vancouver. The data has been statistically weighted according to Canadian census figures for age, gender, and region in the city of Vancouver.