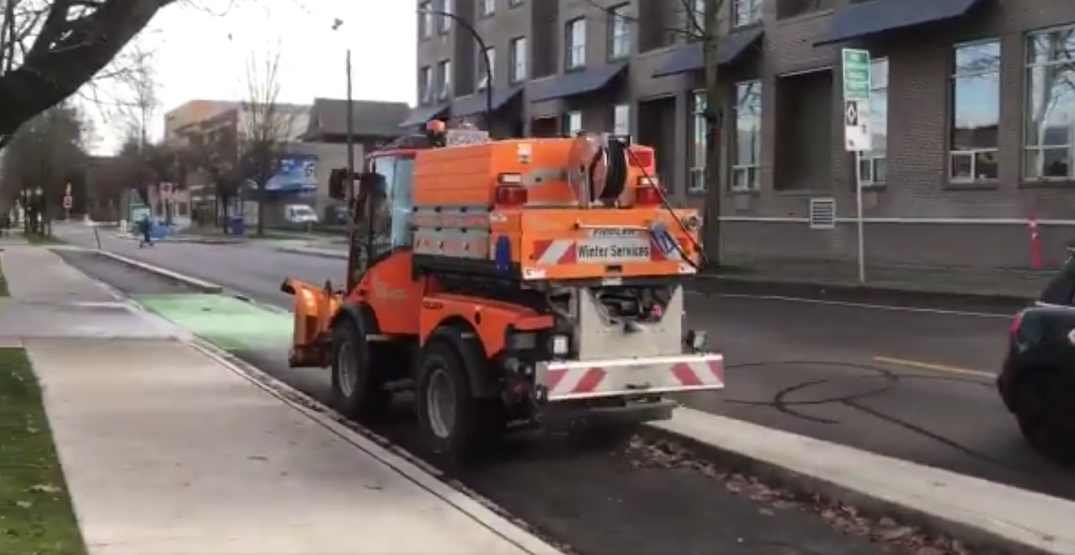 These vehicles clear snow and spread salt and brine to prevent ice buildup. They fit on bike lanes and other narrow paths.

Fifteen of the most-used bike lane routes are amongst the city’s priority locations for snow and ice removal.

While bike lane trip volumes over the winter months are a small fraction of the peak volumes during the summer months, they still see utility that is increasing from the continued growth of the grid.

Good to see @CityofVancouver cycling infrastructure at work in all seasons.

*de-icing by the little machine in the previous tweet pic.twitter.com/uE0DCFJz75

The city currently has 71 vehicles outfitted for snow and ice response, a salt supply of 10,000 tonnes, and hundreds of personnel available as required.