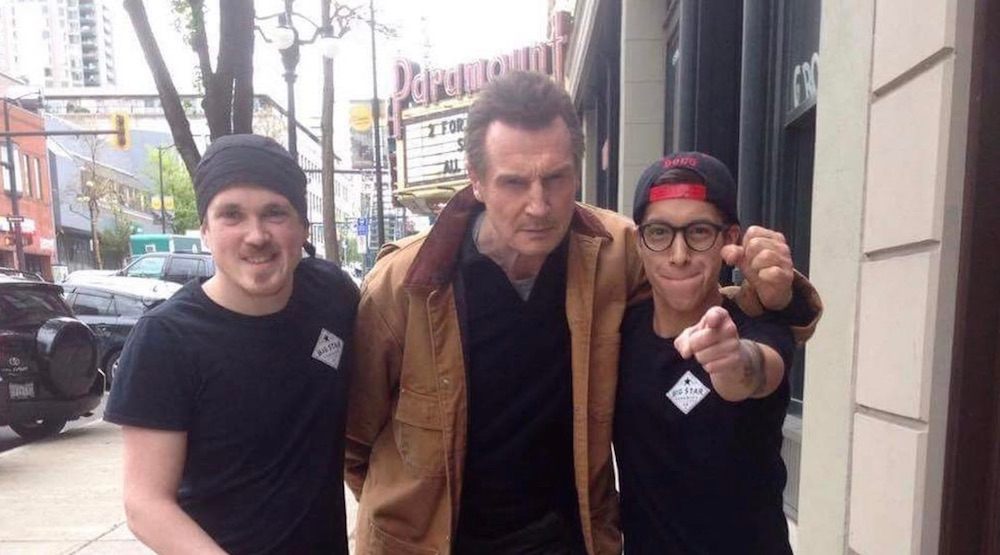 Sometimes you roll the dice and you win. That’s what happened for the New Westminster sandwich shop Big Star, whose playful street sign attracted the very same “big star” it was looking for: Liam Neeson.

Big Star found out Neeson was in the area, and changed up their sign to read “Liam Neeson eats here for free” on one side, and “Come in and get TAKEN away by our sandwiches,” on the other–a play on one of the actor’s most well-known action-suspense flicks.

They shared the sign on social media with the caption: “When you hear #LiamNeeson is filming in #downtownnewwest.”

And…it worked. A few hour later, who showed up, but Neeson himself, who was kind enough to pose for a hammy pic in front of the sign.

“Holy f**k, it worked! #liamneeson” the shop wrote as their Instagram caption.

Neeson is in BC to film “Hard Powder,” which includes a very Neeson-esque plot line for his turn as Nels, the snowplow driver, according to What’s Filming: “After his son is killed by a drug lord, Nels decides to take revenge into his own hands.”

It’s not clear if Neeson also decided to take one of Big Star’s sandwiches into his own hands, and if he paid.