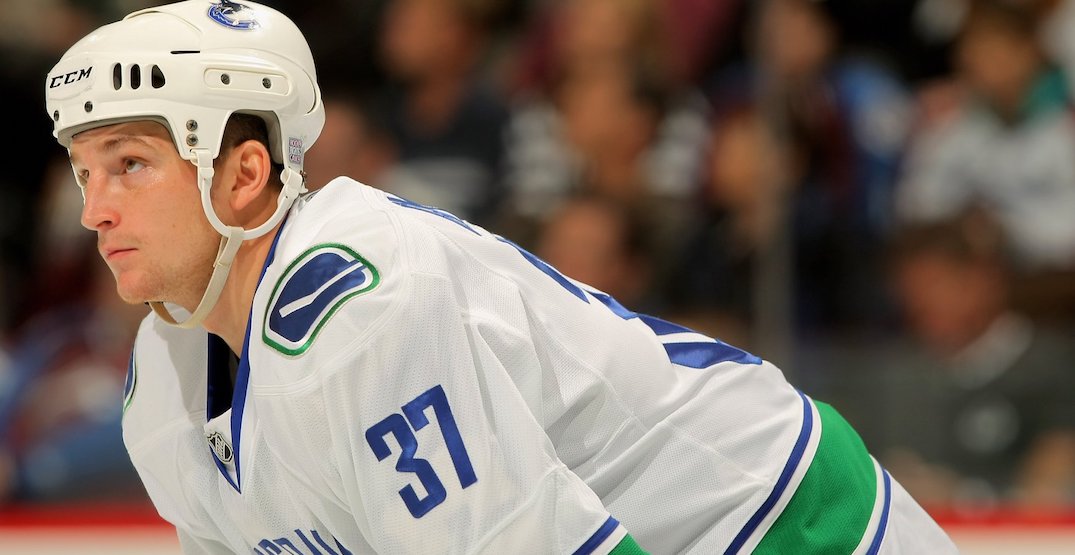 Since his tragic death in August 2011, no player has worn Rick Rypien’s old #37 with the Vancouver Canucks.

Rypien, who died at age 27 following a battle with depression, had signed with the Winnipeg Jets just a month earlier. He was supposed to wear #11 that season.

It hasn’t been worn since, until now.

New Winnipeg Jets forward Nate Thompson will wear Rypien’s old number 11. But unlike the time #11 was brought out of retirement in Vancouver, it appears Thompson has gone through the proper channels first.

Thompson reached out to Kevin Bieksa, a former teammate of his in Anaheim, who was a good friend of Rypien’s.

“I wanted to make sure it was the right thing,” Thompson said in an interview with Jamie Thomas of Jets TV. “Kevin was great about it. He said, ‘You definitely should wear it.'”

Thompson, who has battled addiction, recently celebrated his fourth year of sobriety. He plans to continue to his story to represent Rypien’s old number in a positive way.

Jets assistant general manager Craig Heisinger, who was part of the Canucks’ organization as the GM of the Manitoba Moose when Rypien played there, said he reached out to Rypien’s grandmother and father, to get their blessings.

“It’s flattering, humbling. I guess it’s a little overwhelming,” said Thompson. “For… those guys to think it’s okay for me to wear number 11, it’s just extremely humbling that they would think of me in such a positive way to wear a number that represents so much.”

In other jersey number news, fresh off signing a new contract, Adam Gaudette announced today that he’ll wear #96 next season, making him the first Canucks player other than Pavel Bure to do so. Gaudette gave up #88 to new Canucks defenceman Nate Schmidt, who had worn the jersey number previously in Vegas and Washington. Braden Holtby will wear #49 — the first time a Canucks goaltender has ever chosen that number.