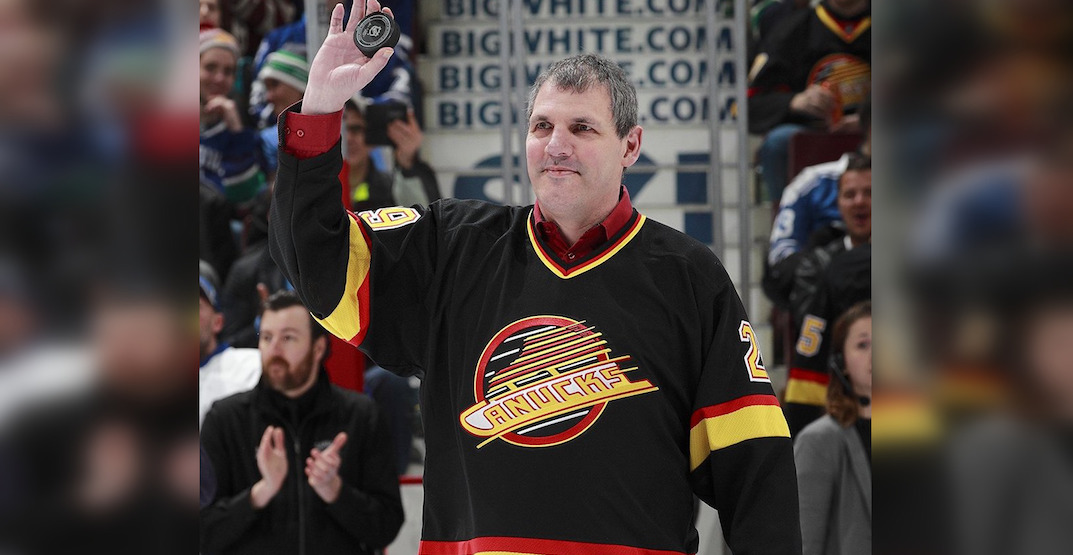 Gino Odjick is once again fighting a rare disease, the same one that nearly took his life six years ago.

The Vancouver Canucks fan favourite released a statement, following an outpouring of support from fans online, which will remind some of the incredible scenes outside Vancouver General Hospital in 2014.

Fortunately, Odjick’s outlook doesn’t appear to be as bleak as it appeared in late June, 2014, when doctors gave him months, if not weeks, to live.

“I am very much alive and well,” Odjick said in a statement released through the Vancouver Canucks Alumni Association, before confirming that he is once again fighting the rare disease Amyloidosis, that attacked his organs, including his heart.

The former enforcer thanked fans for their support, but said there has been a lot of “confusion and misunderstanding” regarding his health on social media.

While Odjick has been in an Ottawa hospital for treatment, he does so once a week. After a month’s worth of treatment, unlike last time, doctors are optimistic about his progress.

“Fortunately, in the eyes of the doctors, we caught the prognosis and symptoms at the early stages of the disease,” said Odjick. “This gave the doctors optimism with the right amount of treatment; we should push this ugly disease back into remission.”

Gino says he will continue with treatments in the “coming months,” and said he would update everyone when the time is appropriate. 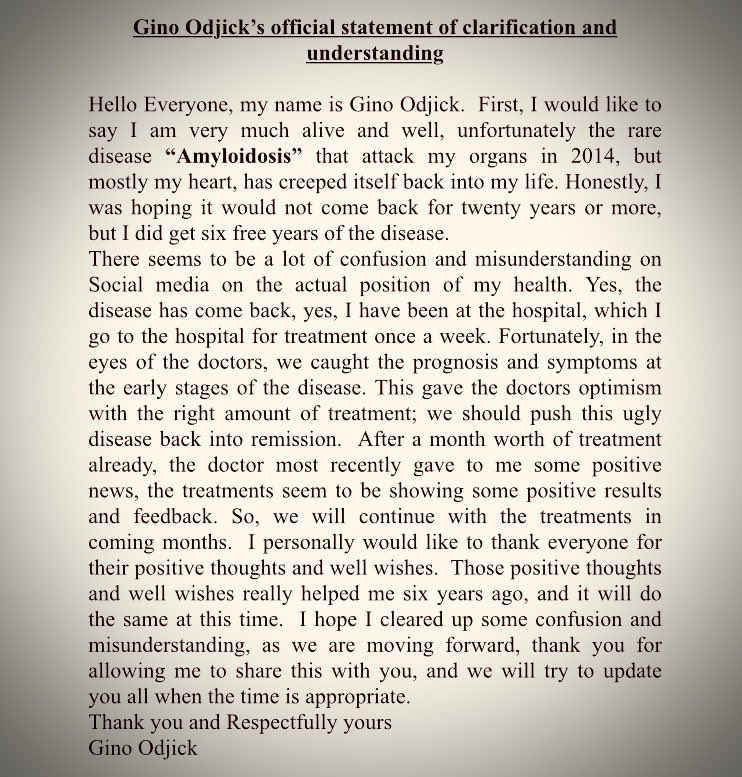 Here’s a sampling of the amazing support from fans this weekend:

I’m blowing up my time line with amazing pictures Of @ginodjick you got this Gino! I loved you ever since I was 16!! Pull thru do what you gotta do! I know your a fighter!!! @Canucks #canucks my heart is 😞 ! Please fight! 💟 pic.twitter.com/KNm0PQPsdM

#canucks nation is in your corner @ginodjick

Sending you all the prayers and good vibes, @ginodjick 🏒💚💙! We love you, Gino! #GINOGINOGINO #Canucks https://t.co/3PZWubGWgX

Get well @ginodjick from all us in Big Guy Lake. pic.twitter.com/6yuZn7FqzO

You are the definition of a fighter @ginodjick. You got this fight too. 🙏🏽💪🏽 https://t.co/adheMDH8JU