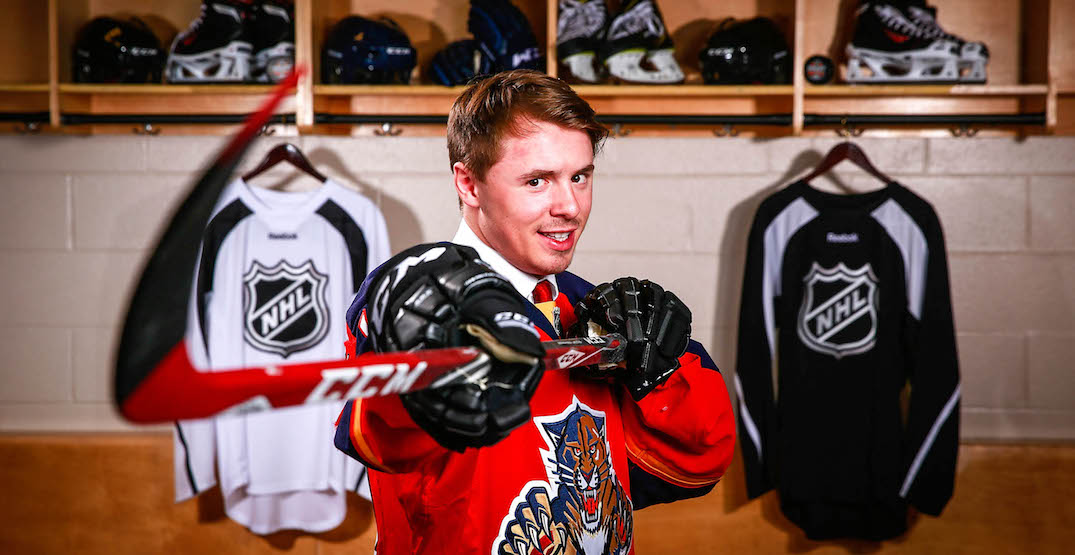 The Vancouver Canucks have added another player in free agency, inking 24-year-old forward Jayce Hawryluk to a low-risk, one-year deal.

Hawryluk was a second-round draft pick, 32nd overall, by the Florida Panthers in 2014.

The Yorkton, Saskatchewan, native produced three points in 15 games with Florida last season before being claimed off waivers by the Ottawa Senators in February. He appeared to fit in well with the Sens, scoring seven points (2-5-7) in 11 games before the pandemic ended Ottawa’s season in March.

Drafted as a centre while a member of the WHL’s Brandon Wheat Kings, Hawryluk has been primarily used as a winger at the pro level. Hawryluk hasn’t produced offence at the level the Panthers hoped he would out of junior, but the 5-foot-11, 196-pound winger should bring some much-needed energy to the Canucks’ bottom-six forward group.

As for how this might impact the Canucks’ cap situation, it won’t.

Hawryluk’s salary will disappear off the cap entirely if he’s sent to the AHL, though he would need to clear waivers in such a scenario. If Hawryluk makes the team out of training camp and the Canucks want to send a high-priced forward like Loui Eriksson down instead, the team would save $275,000 on the cap, as $1.075 million is the maximum dollar figure that can be buried in the minors.