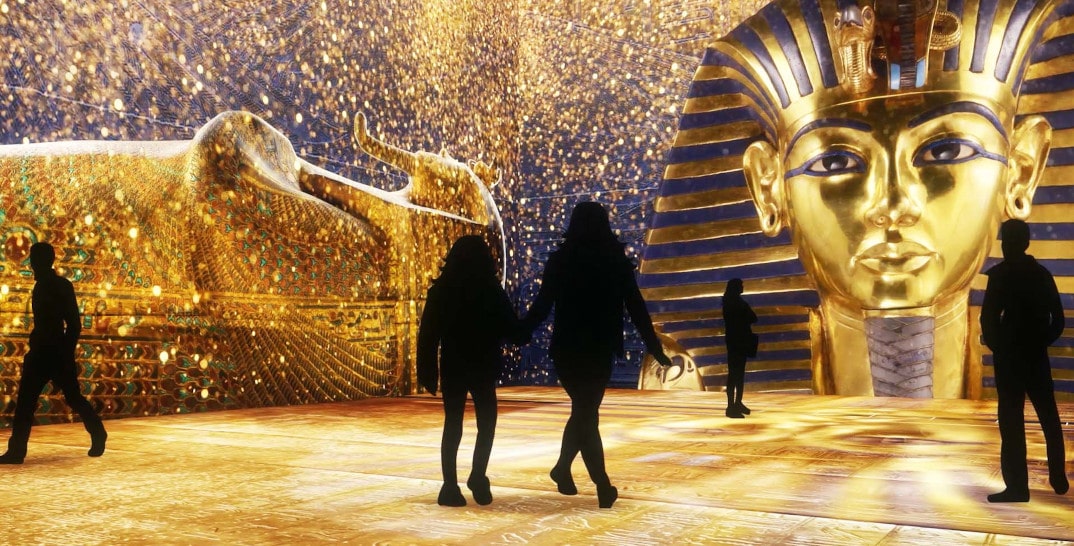 A state-of-the-art digital exhibition is bringing the magic and mystery of Ancient Egypt to Vancouver this fall, and tickets go on sale this week.

Beyond King Tut: The Immersive Experience has announced that it will open for a limited run at the Vancouver Convention Centre East starting on Thursday, October 27.

The exhibition was developed in partnership with the National Geographic Society and commemorates the 100th anniversary of one of the greatest archaeological discoveries of all time: the discovery of the boy king’s tomb in 1922.

Vancouver is the first city in Canada to host Beyond King Tut and tickets will be available starting Thursday, June 16 at beyondkingtut.com. An advance presale for those on the waitlist begins today.

According to Mark Lach, creative producer of Beyond King Tut, the exhibition is the next evolution of immersive shows.

“We created more of a storyline for the experience, with a beginning, middle and end to guide visitors’ exploration of the nine galleries,” said Lach in an interview with Daily Hive. “Beyond King Tut is being created by a big team of researchers, graphics people, lighting experts, sound engineers, music composers, narrators, carpenters and more. A team of creative and specialized people that collectively are the most talented that I’ve ever had the pleasure to work with.” 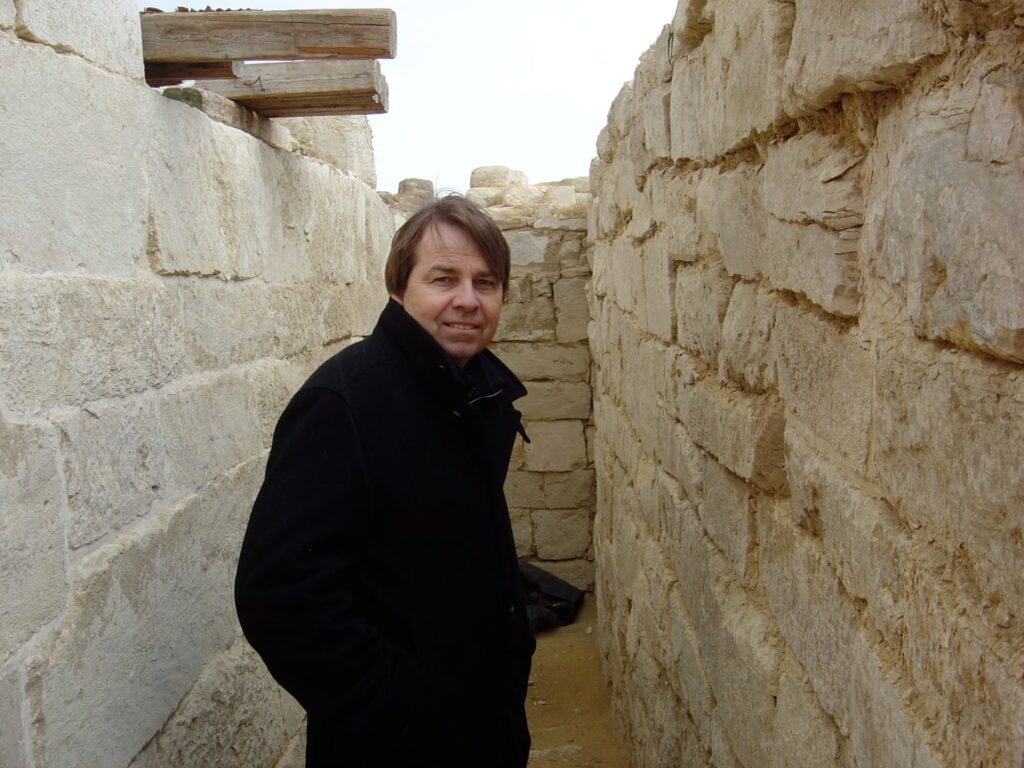 Guests will meet Ancient Egyptian gods like Ra and Anubis before descending into King Tut’s burial chamber and joining his quest for immortality. 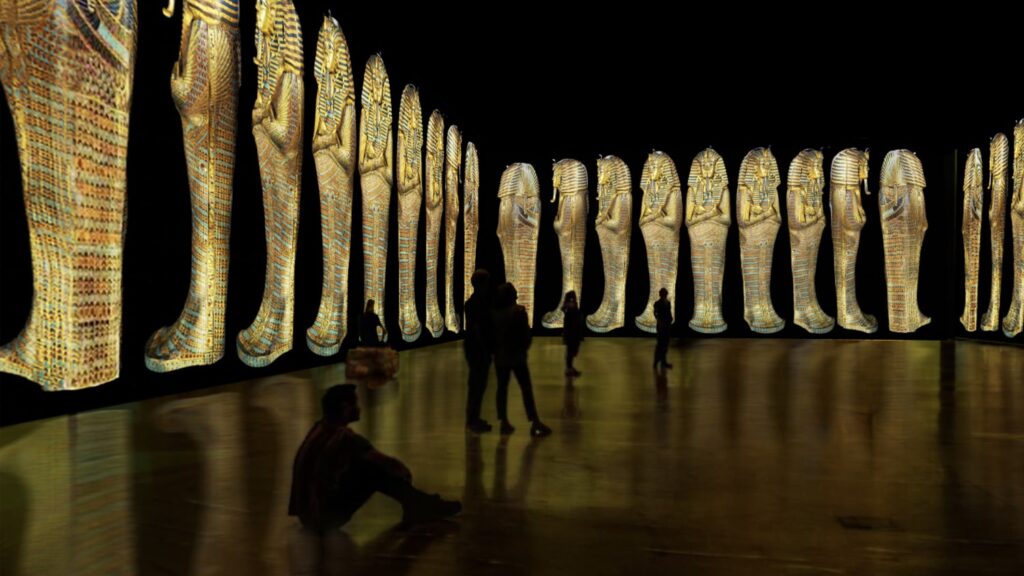 Lach, who previously designed Titanic: The Artifact Exhibition and King Tut: The Golden King and the Great Pharaohs among many other popular exhibitions, shared that telling the boy king’s story in a new, experiential way is exciting.

“King Tut’s tomb was the only intact tomb ever found to this day, and you could argue that it’s the greatest archaeological discovery of all time,” explained Lach. “It’s taught us so much about ancient Egypt and historians are still learning from this discovery. So I hope that our guests feel that sense of discovery and excitement as well.” 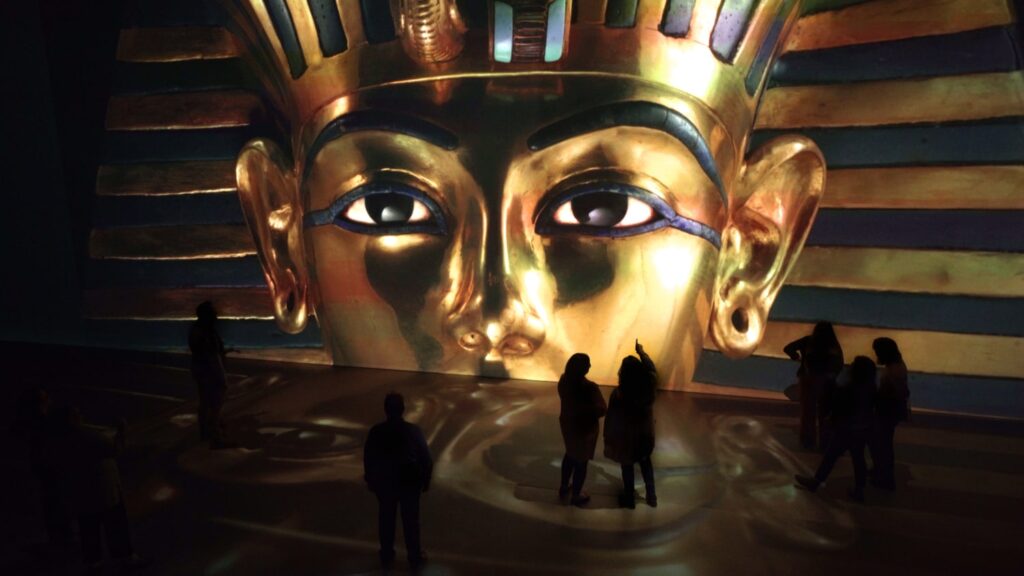 Attendees can also experience the North American debut of “Tutankhamun: Enter the Tomb,” which will be presented alongside Beyond King Tut as an optional VR companion add-on. 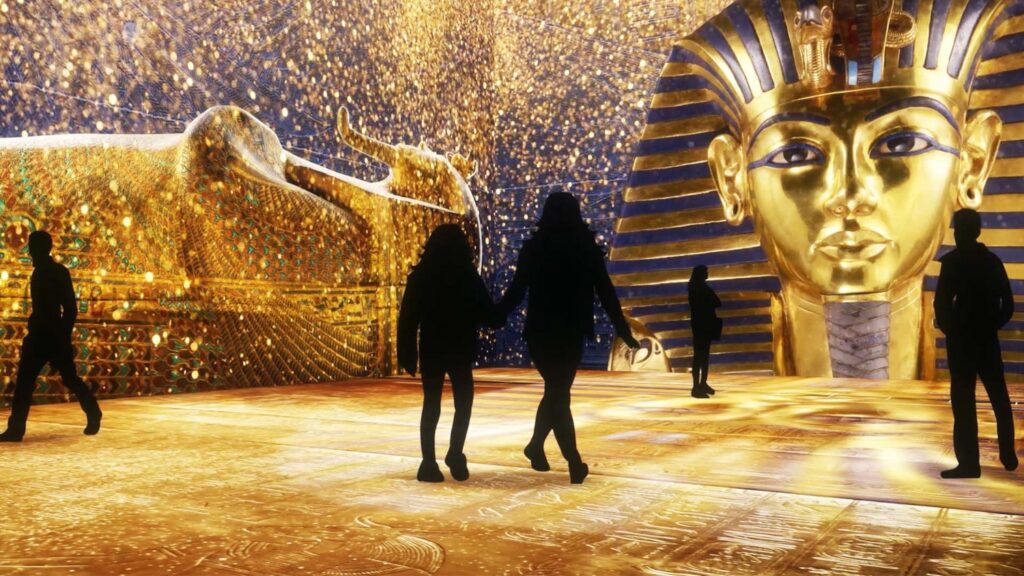 “Those who have been to Egypt will say it’s the most incredible experience of their life. Now, this is your chance to journey there,” added Lach. “We’re not only telling King Tut’s story, but we’re also showing you contemporary Egypt, the pyramids, the Valley of the Kings Cairo, and the marketplaces. The smells, tastes, and the energy, that’s all part of this as well.

The exhibition is produced by Paquin Entertainment Group and Immersive Experiences. Paquin’s Beyond Van Gogh and Beyond Monet exhibitions have attracted over three million visitors around the world.

Beyond King Tut: The Immersive Experience