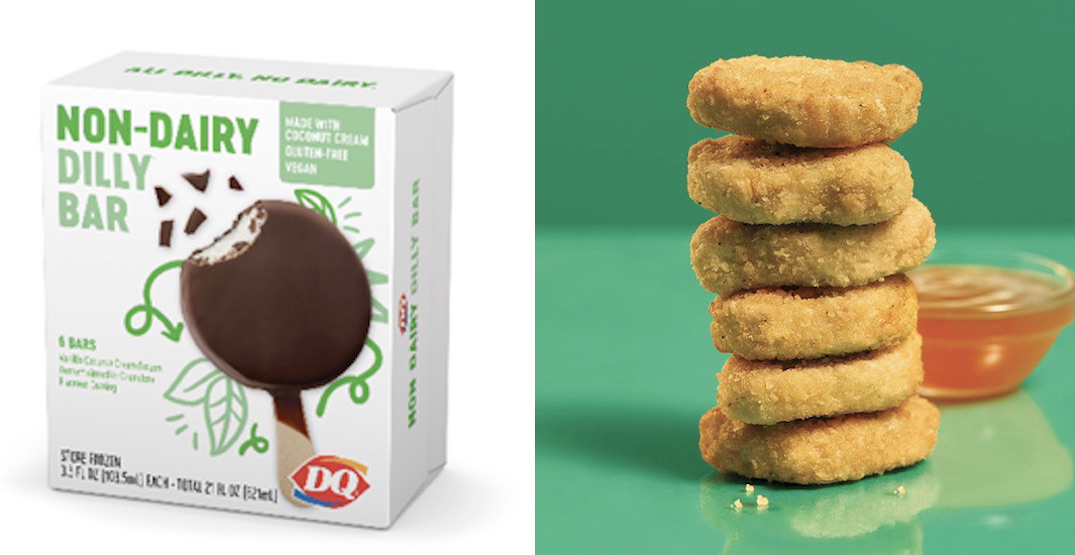 While vegan options have become easier to find across the country at traditional dine-in restaurants, vegan fast-food items are not quite as common.

After A&W announced their plant-based Beyond burger, many other fast-food establishments followed suit, offering new plant-based menu items themselves.

Some of those establishments had menu options that were short-lived and are no longer offered, but some have withstood the test of time.

Here are the top vegan options that you can still order today, ranked from worst to best.

Vegans rejoiced when Subway announced their plant-based Beyond meatball sub. However, as of this time last year, it was discontinued in Canada.

It’s very ho-hum when it comes to vegan fast-food options, which is why it’s last on our list.

Starbucks offers a ton of plant-based options when it comes to their signature drinks, with an assortment of dairy alternatives. The vegan food options, however, could use some work.

For vegans, you’re able to get either a traditional bowl of oatmeal or a sprouted bagel with avocado spread.

The bagel is fine, but the avocado spread has a slimy texture that isn’t very appealing at all. If you need a bite and Starbucks is the only option, just stick with the bagel on its own.

It’s hard to mess up potato wedges, and the offering at Tim Hortons is also pretty good.

At one point, Tim Hortons also offered a Beyond Meat sausage breakfast menu item that they, unfortunately, did away with.

If you’re short on time, and there’s a Timmy’s nearby, you can’t go wrong with an order of their wedges.

It’s based on a Lightlife patty and has the prestigious honour of being named the first plant-based offering at a fast-food chicken establishment.

The texture resembles that of real chicken, with the classic blend of KFC spices, sandwiched between a bun with lettuce and mayo. Vegan mayo may vary based on location, so be sure to ask. They also have a spicy variety.

You could definitely do worse if you’re in a pickle. 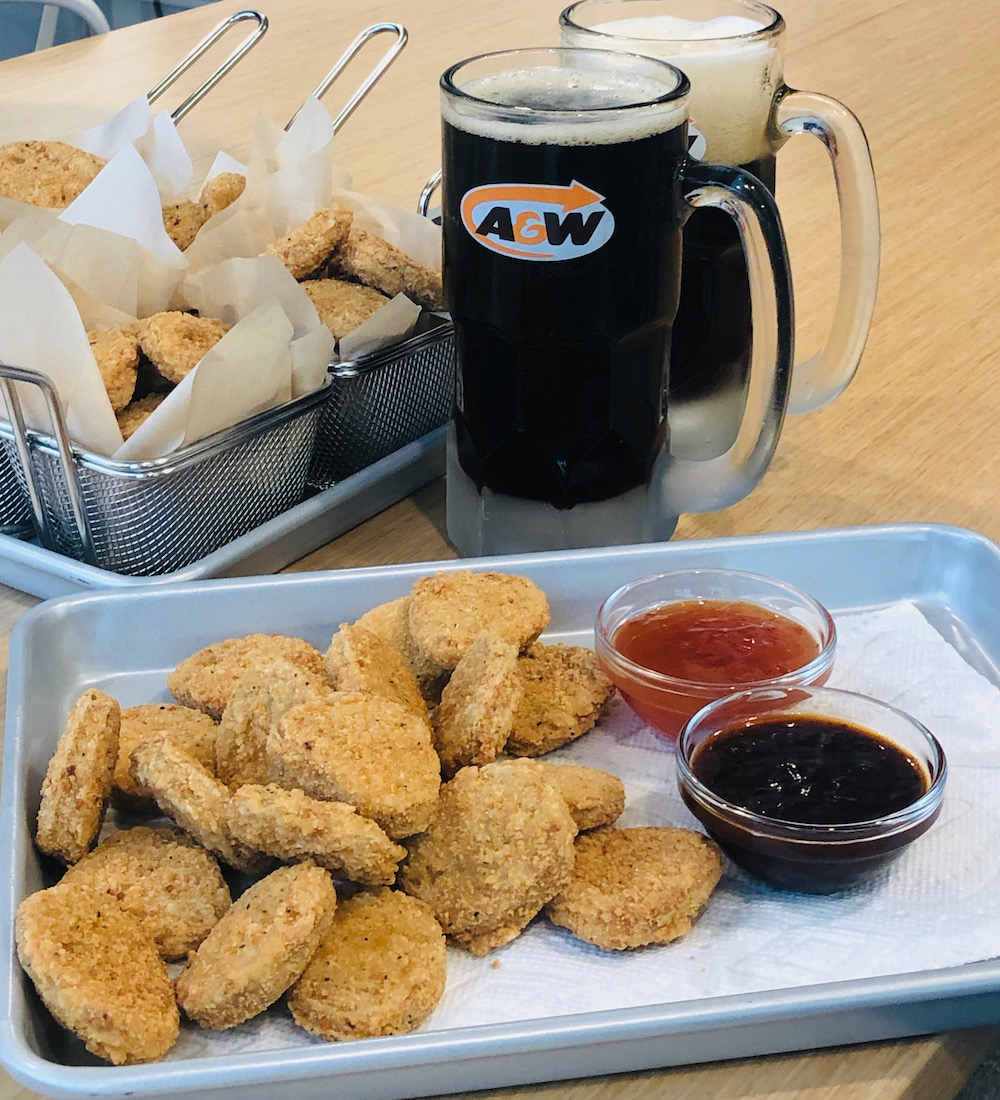 A&W gets to make two appearances on our list, thanks to their recent launch of the Beyond nuggets.

Meant to resemble traditional chicken nuggets, the Beyond nuggets have a nice flavour profile but a slightly underwhelming texture. You can also pair them with your choice of barbecue, or sweet and sour sauce, which are both vegan.

In a pinch, these nuggets are quite good.

It seems crazy that the queen of dairy is offering a non-dairy option, but it’s true.

Dairy Queen offers a non-dairy Dilly Bar. The non-dairy version is made with a coconut-cream-based protein, finished with their classic crunchy chocolatey coating.

While summer is officially over, it’s never a bad time for ice cream.

No, really, it’s the Impossible Whopper.

This fairly recent addition to the Burger King menu gives vegans, vegetarians, or anyone trying to cut down on their meat consumption a chance to try out Burger King’s flagship burger, without the beef.

The burger is served with lettuce, tomatoes, crispy pickles, onion, and ketchup, all on a sesame seed bun.

The Impossible patty is very similar to Beyond Meat, with a flavour profile closer to real beef. It’s a pretty good burger, if not a little dry.

McDonald’s has not jumped on the plant-based burger bandwagon yet. Although, for some reason, you can order a Big Mac without meat and cheese.

One thing that may surprise some vegans is that McDonald’s offers a sweet vegan treat.

The McDonald’s baked apple pie is completely vegan and delicious. 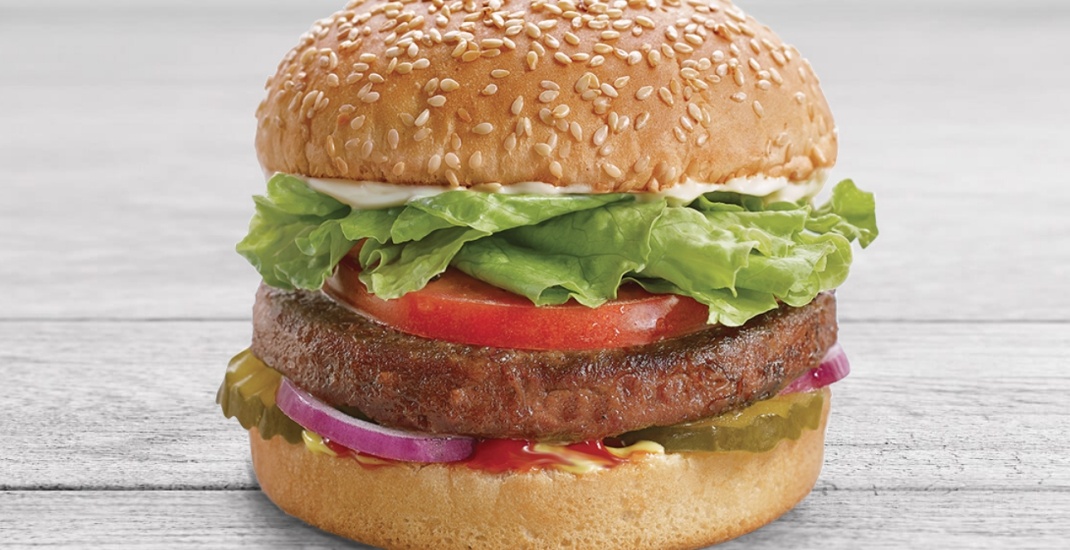 A&W were at the forefront of the plant-based fast-food craze in recent years.

They partnered with Beyond Meat to launch their Beyond burger, which has since become a staple on the menu.

It’s a satisfying burger and tops our list of the best vegan fast-food option currently available in Canada.