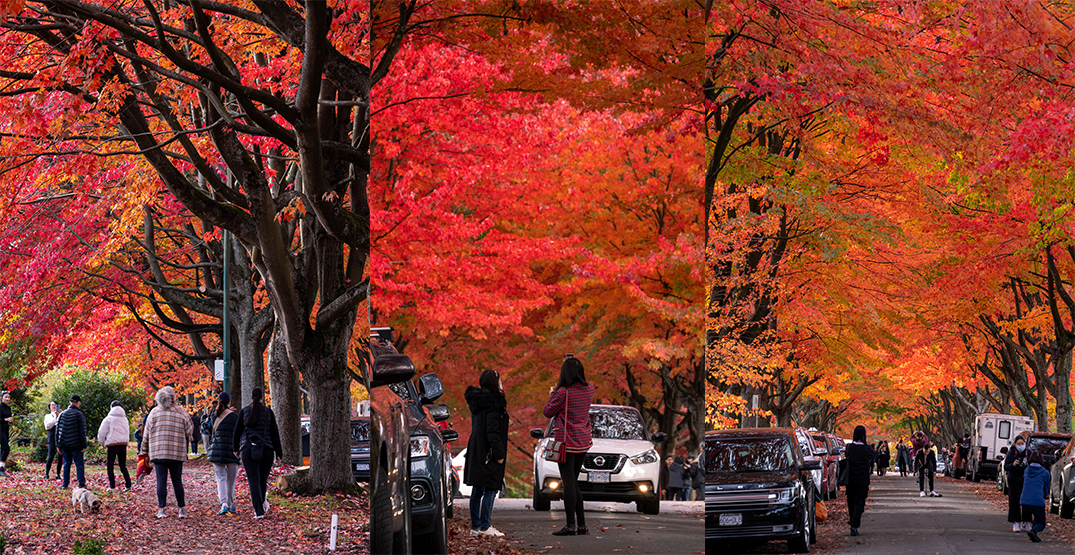 Colourful leaf season is upon us in Vancouver, and residents need to act fast to see the fall foliage before it’s gone for the season.

There are plenty of places around the city to see the bright deciduous trees as they shed their leaves for the winter, and the best part is many are right in our favourite neighbourhoods. 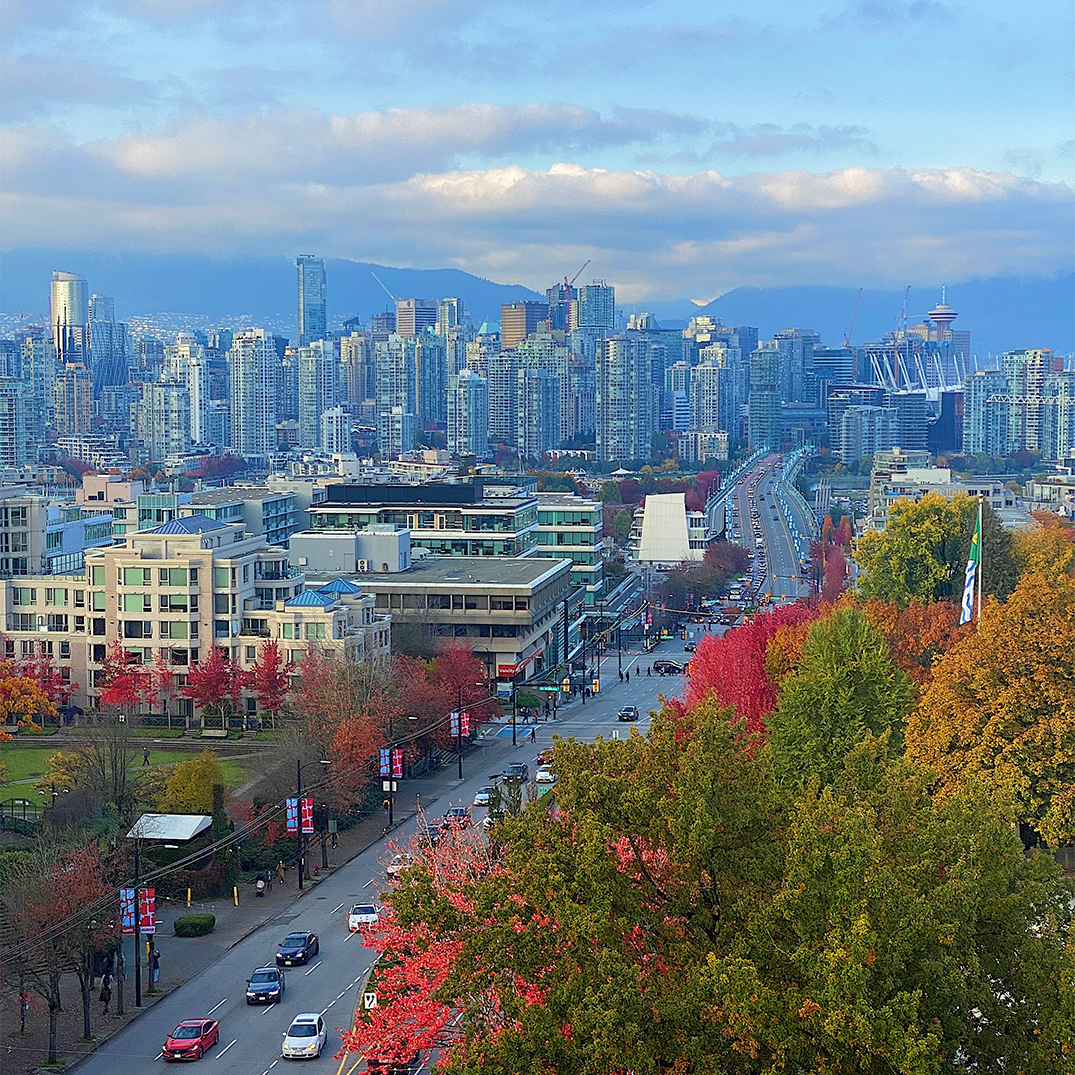 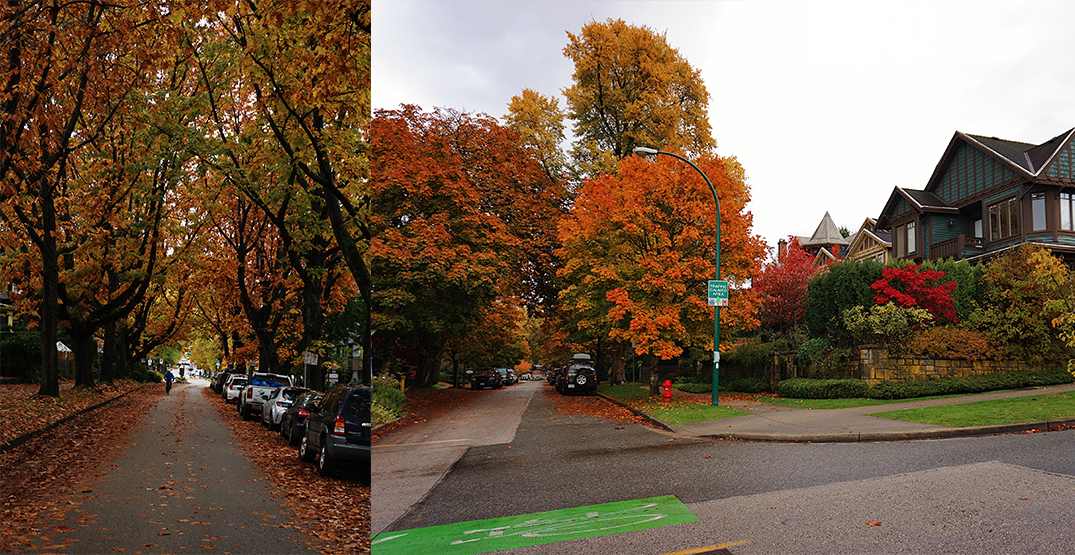 This area has some of the most beautiful maple trees in the whole city. And while you’re there, stroll by the row of heritage homes on West 12th just west of Ontario Street. 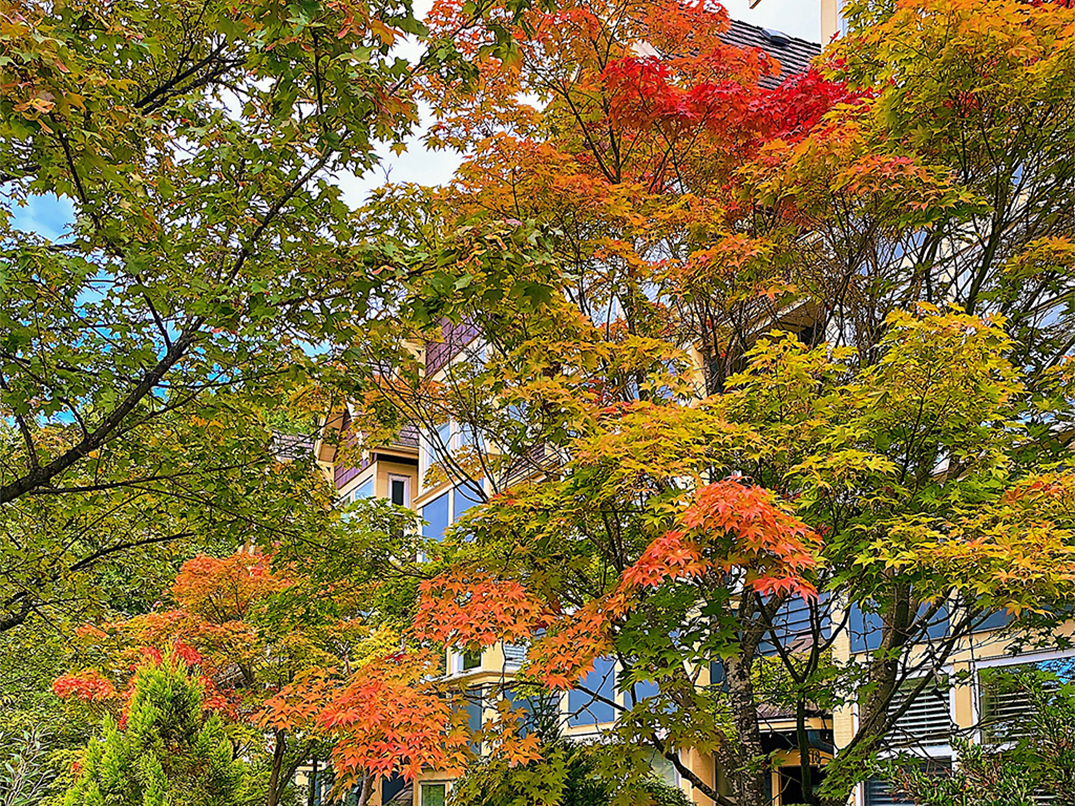 Nearly all the colours of the rainbow are visible on this street. This is at the junction of two bicycle routes in Mount Pleasant and is a perfect stop on a cycling foliage tour. 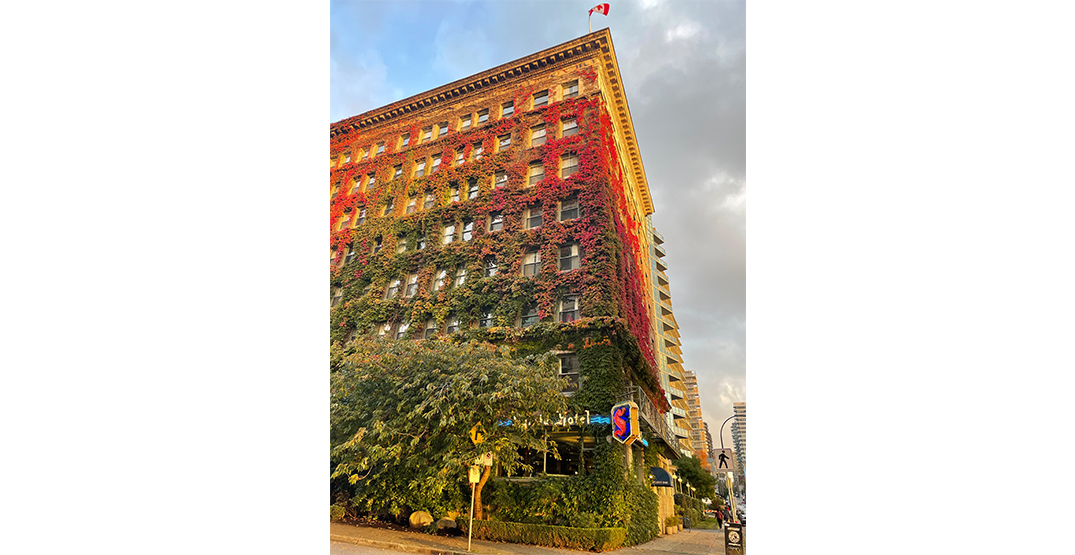 English Bay is a favourite in the summer, but those who walk around the neighbourhood in fall will be able to spy a special treat as the Sylvia Hotel’s famous ivy turns from green to a rainbow of warm hues.

The traffic lineup to go over the Lions Gate Bridge gets a lot more beautiful in fall. This Coal Harbour street is lined with bright red leaves that look stunning against the condos and docks. 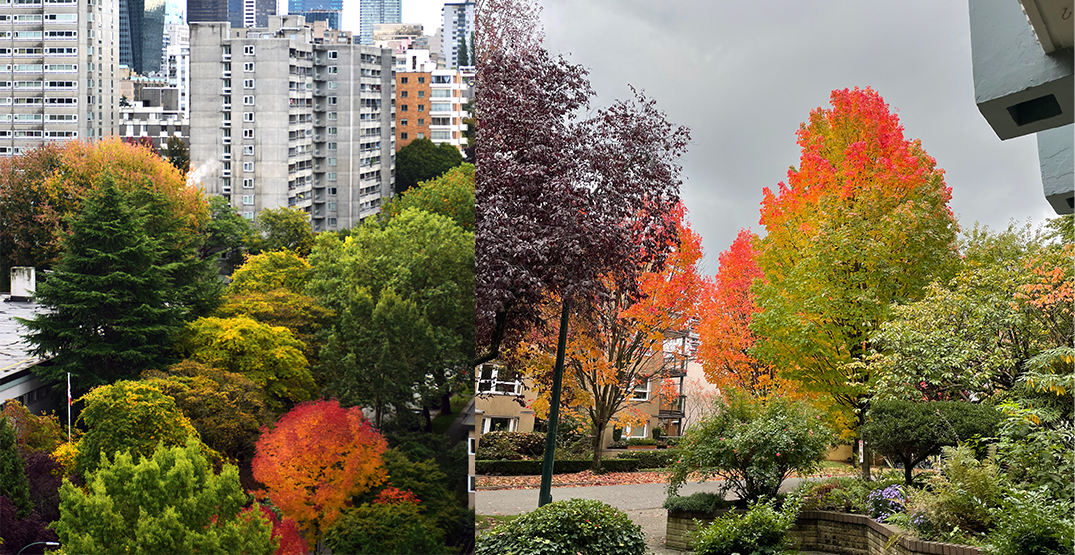 This West End gem is chock full of ombre trees that are green, orange, and red all at once.

Not technically a street, but this peaceful oasis downtown is a great place for seeing fall foliage. Try and spot some majestic herons while you’re there. 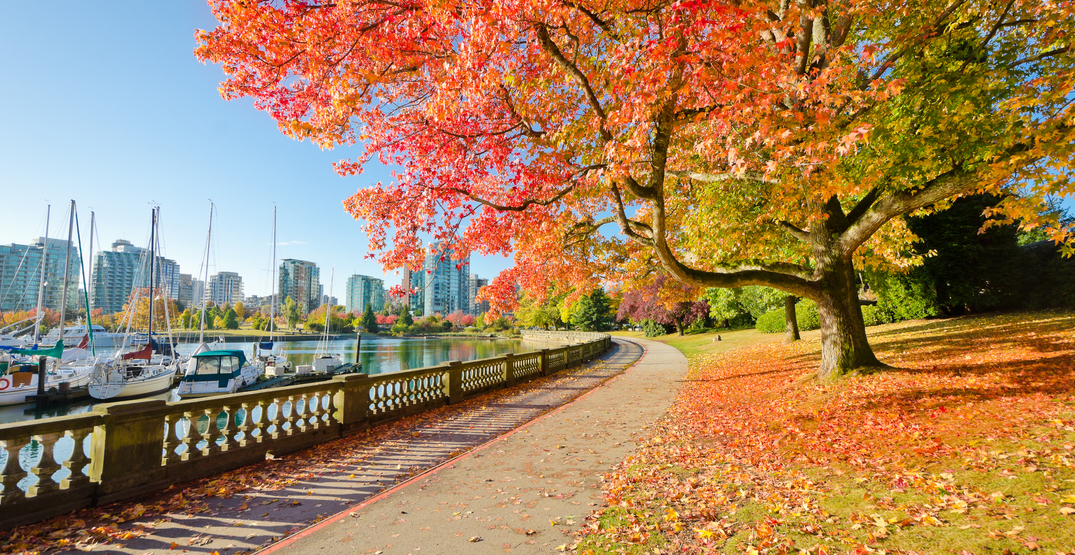 Again, not a true street but still a great spot for an autumn walk with many splendid autumn colours.

Aberdeen Park boasts lovely cherry blossoms in spring and beautiful foliage in the fall. Check out other neighbourhood streets around here for a splash of colour.

Check out these beautiful crimson trees next to the basketball courts along the Yaletown seawall. They’re not too tall either, making them perfect for picture-taking.

Just past Alma the trees on West 10th Avenue get extra thick and leafy, turning a glorious golden hue in autumn.

This Kitsilano street by McBride Park features a row of tall trees that dump a carpet of orange leaves every year.

This Kerrisdale Street has tall trees sporting bright colours this time of year. Check out West 31st and West 32nd avenues just off Mackenzie for some big leafy ones.

This East Vancouver street next to the PNE grounds is famous for its crimson maple trees. You may not be alone in trying to grab a photo here — it tends to get pretty popular. 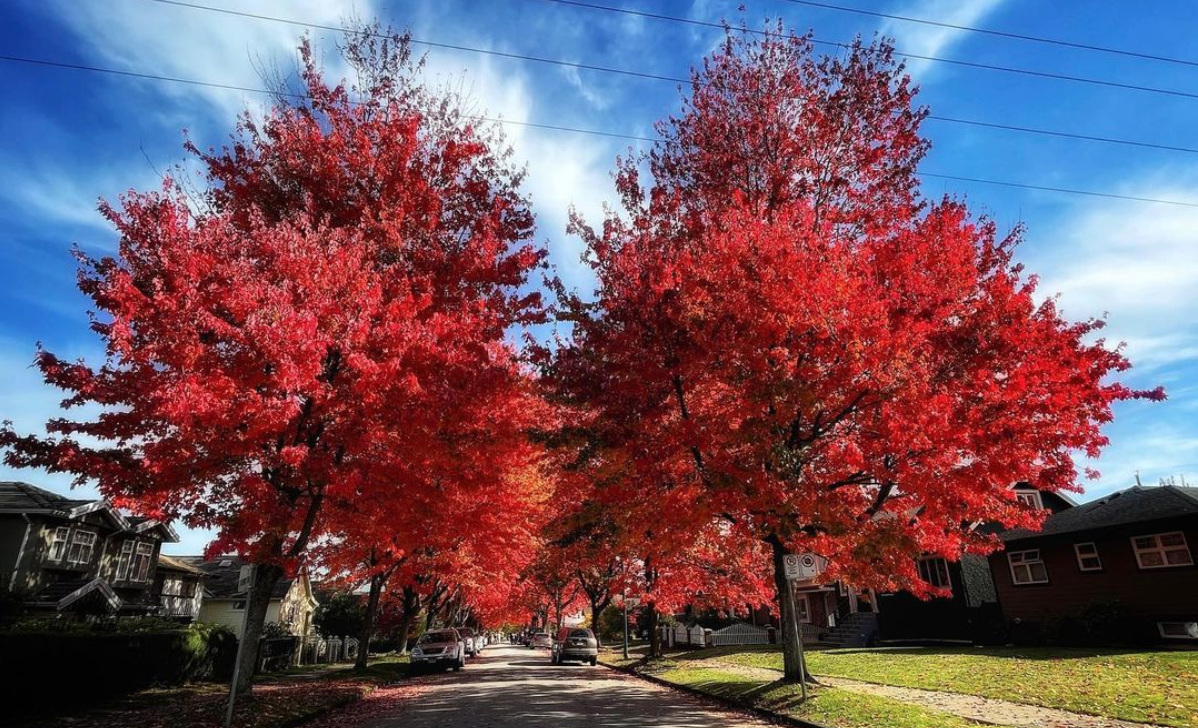 Nearby in East Vancouver, there are more bright leaves on display, and there may not be as many people here as Cambridge. 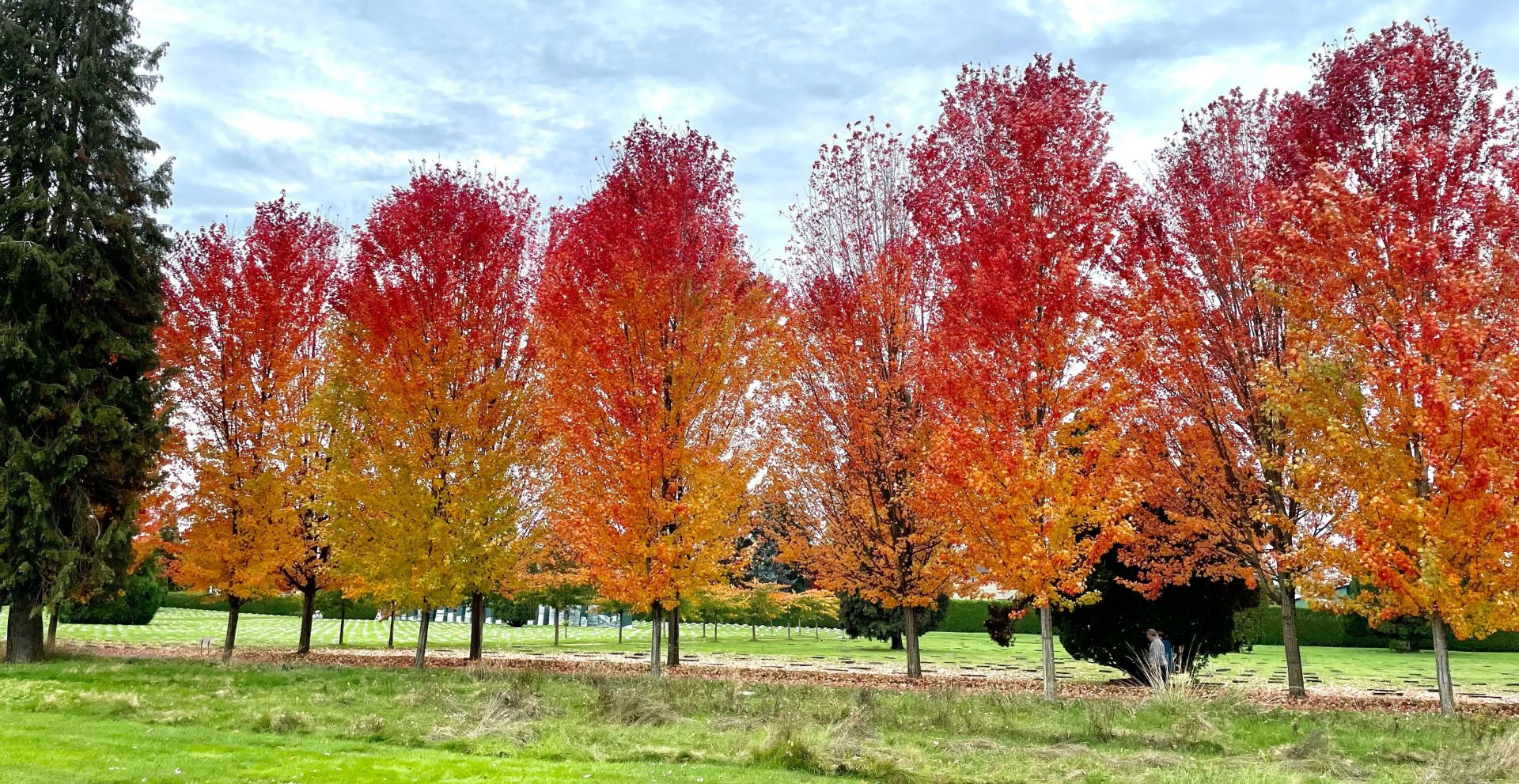 This large green area between East 31st and East 41st Avenues near Fraser Street has some gorgeous orange and red trees right now. 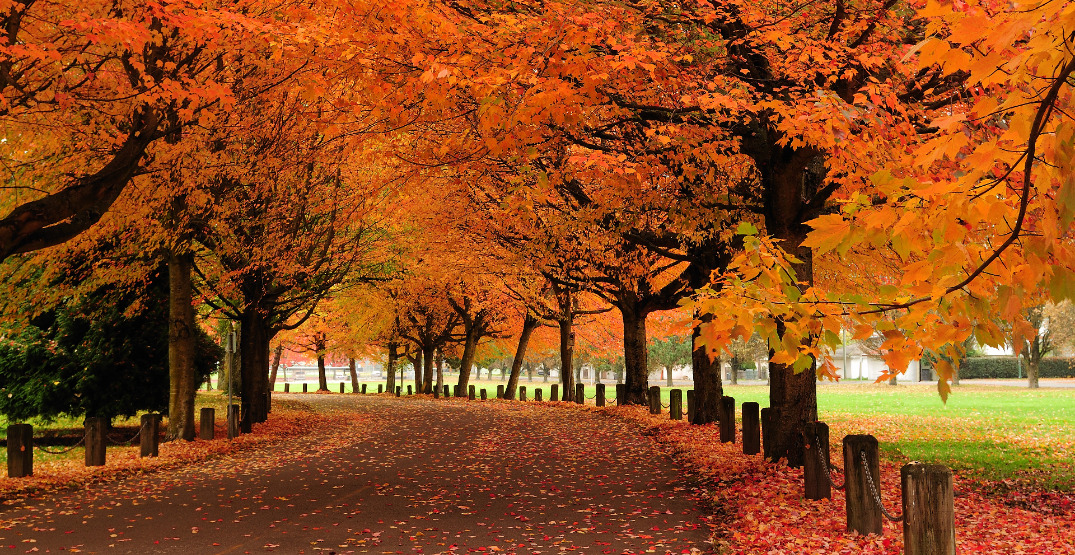 This East Vancouver park is great for spotting fall foliage, and it also contains a popular dog park and a beach with a view of the mountains behind the lake.