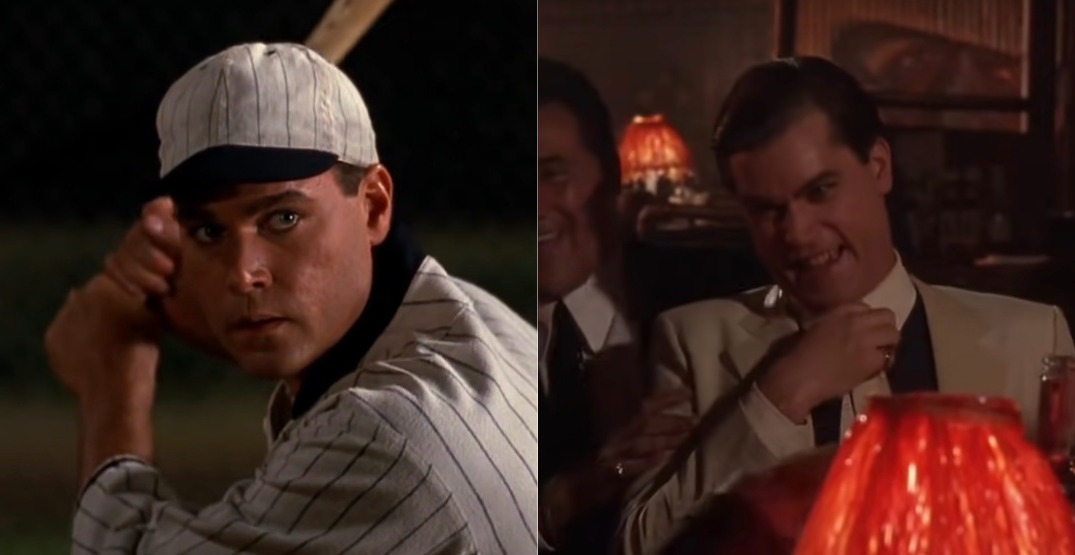 Ray Liotta recently passed away at the age of 67, so we thought we’d shine a light on some of his best movies, some lesser-known than others.

“As far back as I can remember, I wanted to be a gangster.”

Those were the immortal words of Henry Hill, the main character and narrator of the movie Goodfellas, played by Liotta.

In a Reddit AMA, Liotta said his favourite line from the film was, “F*ck you, pay me!”

The movie chronicles the life of… actually, if you haven’t seen it, just watch it. Now.

While Liotta didn’t star in the 2001 film Blow, his performance was powerful nonetheless.

Liotta played Fred, the father of George Jung, who was played by Johnny Depp. The story was based on a real-life drug dealer.

“If you build it, they will come.”

That iconic line that has been endlessly parodied was from the 1989 film Field of Dreams.

Liotta starred as Shoeless Joe Jackson, a real-life baseball player who played in the early 1900s. The film was nominated for several Academy Awards and is often hailed as one of Liotta’s best.

While some critics said the 2002 film Narc followed a familiar template for cop dramas, many still called it one of the best movies to come out in 2002.

In simple terms, it’s a gritty cop drama, but some stellar performances from Liotta and co-star Jason Patric help to elevate this movie.

One of Liotta’s more recent roles was the critically acclaimed film Marriage Story, which starred Adam Driver and Scarlett Johansson.

Liotta plays a divorce lawyer, and the performance is quite comedic at times.

The film was nominated for several Academy Awards.

Stallone plays a New Jersey sheriff of a small town and encounters some crooked cops from New York, one of whom is played by Liotta.

It’s worth a watch just to see all of these legendary actors share the screen.

Corrina, Corrina is a movie about a widower named Manny, played by Liotta.

He struggles with life as a single dad and begins a quest to find a nanny to help out with chores at his home, as well as taking care of his daughter Molly.

The nanny he settles on is Corrina, played by none other than Whoopi Goldberg. This movie is a little sad, a little fun, but super wholesome. The movie wasn’t loved by critics, but viewers gave it a better review.

It’s not a movie, but Liotta stars as the main character of the classic video game Grand Theft Auto: Vice City.

Liotta plays Tommy Vercetti, a mobster who is recently released from prison and slowly climbs the ranks of the criminal underworld.

Like he did in most of his works, Liotta gave an amazing performance as the voice actor for Vercetti.

Liotta starred in many other excellent films and TV shows, but this is a good start if you need an introduction to the legendary actor.