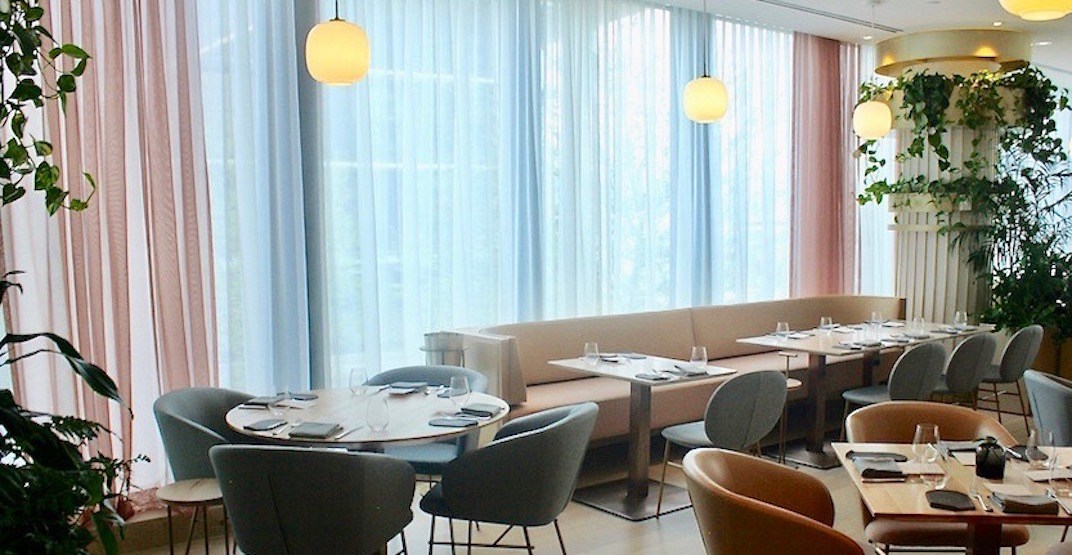 Another year, and another group of amazing restaurants have opened their doors to the delight of local foodies.

High end and boujie, out of the ordinary and innovative, cozy local hangouts – we saw it all open, and we loved each spot for different reasons.

Vancouver’s 2017 cuisine threw creativity and collaboration to the forefront, whether it was concepts, fusion grub, or back-to-basics cultural staples, diner’s were able to choose their own adventure from an array of interesting dishes.

Eateries that opened opted to elevate cuisine but not up pretentiousness, much to the delight of diners everywhere. In terms of decor and atmosphere – it’s an Instagrammer’s world and we’re just living in it. We saw glorious colour schemes and pastel punches that would blend perfectly into any capable influencer’s grid; a perfect back drop to elegantly plated dishes and greasy mega beef burgers.

These new spots generated buzz pre-opening, and are still holding top spots on people’s must-try list. The best part? Some of these eateries are incredibly affordable so you don’t have to save that epic meal for just once a year.

Here are our picks for the best new restaurants in Vancouver for 2017. 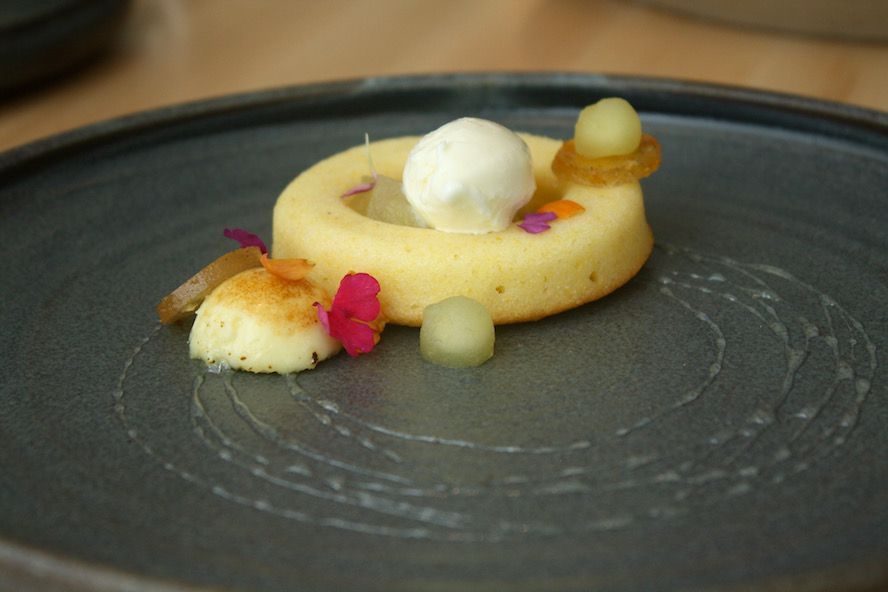 It’s safe to say the Fairmont Pacific Rim finally got the restaurant the luxurious hotel deserves.

Whether you’re coming to get a snap of the pastel dream of a dining room, or you’re looking to sip on one of the cocktail lab’s epically priced cocktails – there’s no denying that Botanist has been a must-try all year long.  It opened at the Fairmont Pacific Rim last spring and it’s been raved about and revisited by Vancouver locals and visitors alike ever since.

Now, just under a year later, the restaurant is still proving buzz-worthy, earning its status as a fixture in the city’s culinary scene with seasonal delights plated to perfection, an amazing team, and an atmosphere to match.

Executive Chef Hector Laguna’s food is as delicious as it is stunning. And with an array of seasonal plates on the menu, many centred around meat (something that’s consistently prepared on point by the culinary team here), there’s a big chance you’re going to want to time your happy hour with a late dinner in the dining room. There’s also a seriously impressive cocktail and wine program. Shoutout to wine director Jill Spoor and her all-female sommelier team.

Typically when something’s really hyped up, it’s hard to live up to it. But in the case of St. Lawrence, the hype was undoubtedly right.

It may be a bit outside of your everyday grub budget, but there’s no denying that St. Lawrence is a Vancouver top spot right now. This restaurant opened back in July, but the foodie community is still riding high on the buzz the restaurant has received, people clearly love the classic French cuisine with Quebecois inspiration.

With dishes such as Tourtière, Ratatouille, and Oreilles de Crisse (fried pork rinds) on the menu, the Powell Street eatery will surely garner more attention and praise as it settles into the neighbourhood. 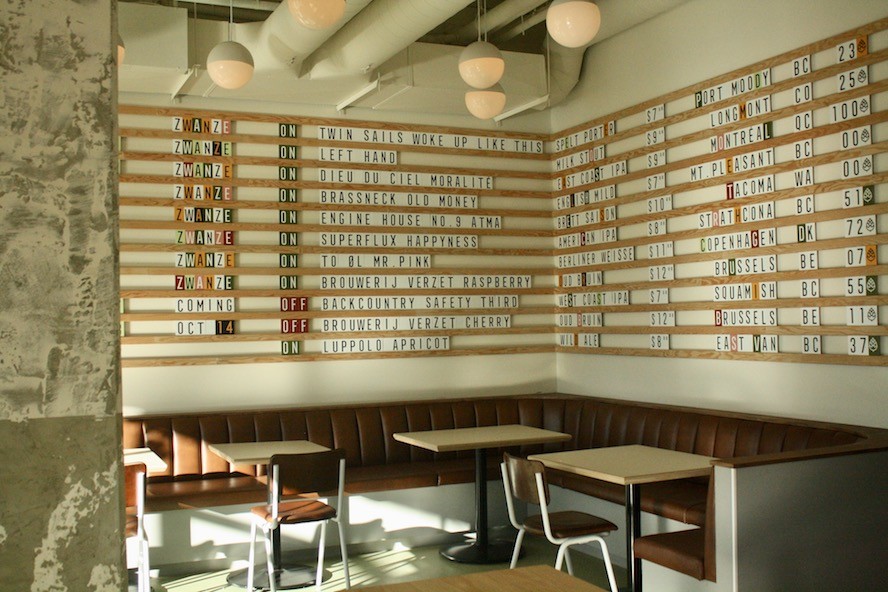 A breathe of fresh air for the neighbourhood, there’s a reason Bells and Whistles was a packed house during its first few weeks of operation.

Bells and Whistles offers a wide array of local brews from spots like Luppolo and Brassneck, and they’re are also the first restaurant to collaborate with Four Winds Brewing in Delta, a partnership that has led to the creation of a Bells and Whistles beer that will only be available at the restaurant and the brewery location.

For food – other than the house made dairy soft serve (the only place that does this in the city) – patrons can expect hearty comfort dishes such as six kinds of burgers, sandwiches, fries and sides, salads, and a selection of starters like Pimento Cheese Dip, KFC (Kentucky Fried Cauliflower), and Popcorn Shrimp.

The space, designed by Milltown Contracting and Ricky Alvarez of Tinto Creative, features two big screen projectors, communal beer-hall tables, and greenery along with a Skee-Ball game, and a pair of classic shoot ’em hoops behind a wall adorned with an epic mural by artist Rhek Creative.

Affordable, approachable, good food, and stay-for-hours kind of comfortable – now that’s got to rank high for us when it comes to be new spot in the city.

This Kitsilano restaurant was recently chosen as one of Canada’s top new restaurants for 2017 by enRoute magazine, and we have to whole-heartedly agree with that choice.

From decadent Chef’s tasting menus, to limited-time fusion brunches, this French-Japanese eatery was fourth on the annual list, and it was also the only restaurant in BC that made the top 10.

Known for its upscale tasting menus by chefs Makoto Ono and Amanda Cheng, this Kitsilano spot opened in December 2016, but if you haven’t tried it yet, this prestigious nod from enRoute will definitely convince you to go… if you can manage to snag a reservation. 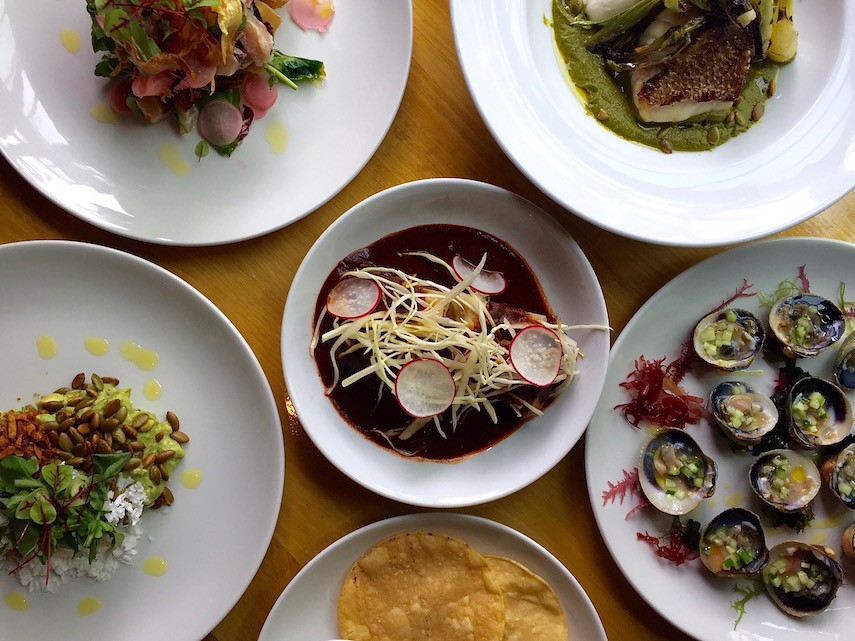 The menu is a perfect marriage of locally-sourced ingredients and internationally-sourced flavours, and it was crafted by owner Ernesto Gomez (Nuba, Waldorf, Fox Cabaret) and head chef Jair Tellez or Mexico (Laja, Merotoro, and Amaya).

The cocktails here are the kind you sip and savour, made with fresh ingredients and quality spirits. A must-try is the sour and refreshing Damiana Margarita, a Damiana-infused combo of Cazadores, Cointreau, fresh lime, and agave nectar.

Fayuca has made a mark of the Latin foodie scene in Vancouver, a nice contrast from our much-loved but common quick service Cali-style taco joints that sprinkle the neighbourhoods, Fayuca’s where you head to take the scenic route around North Pacific Mexican flavour, and we’ll take the drive any day.