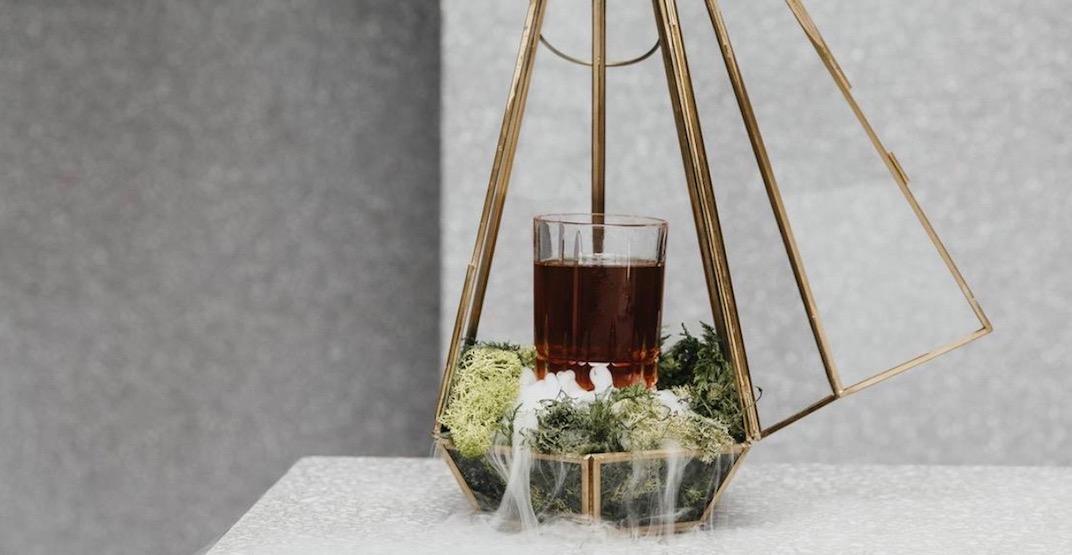 Ever since Botanist opened at the Fairmont Pacific Rim last spring, it’s been raved about and revisited by Vancouver locals and visitors alike.

Now, months later, the restaurant is still proving buzz-worthy, earning its status as a fixture in the city’s culinary scene, and inevitably establishing itself as a clear “must-eat” spot on most people’s lists.

If you haven’t already heard, there’s also a seriously impressive cocktail and wine program at the Pac Rim.

This means Botanist is at the top our “must-drink” list as well, and the recent addition to its program – the Champagne Lounge – has us eagerly marking our calendars for happy hour at the harbour front hotel. 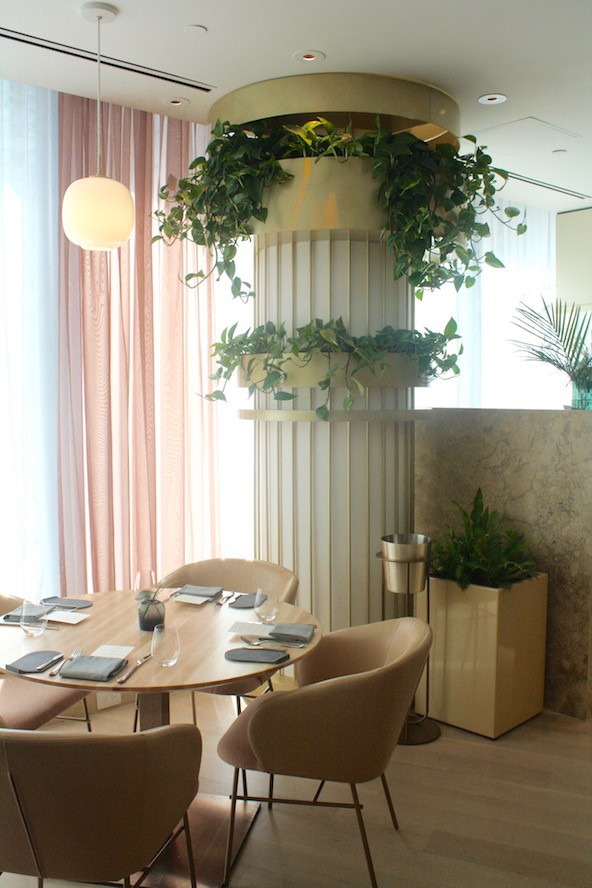 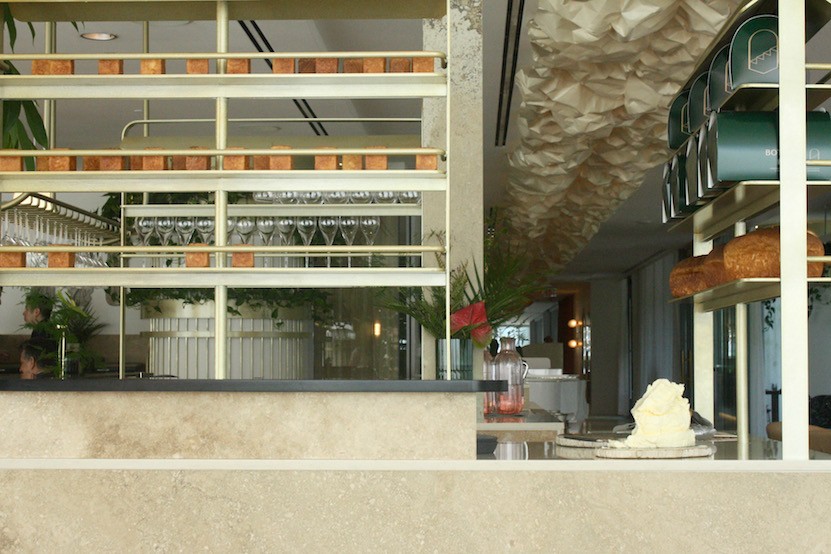 We feel a big reason to head to Botanist this season, lies in the beverage scene they offer.

You can thank Grant Sceney, creative beverage director for the Pacific Rim, for the elaborate innovation of Vancouver’s first and only cocktail lab. This concept boasts a series of consciously-designed beverage experiences unlike anything you’ve seen, smelled, or tasted before.

Each drink from the lab will prompt patrons nearby to say “I want what they’re having”, and it’s no surprise why – the vessels used to mix and present the concoctions have been meticulously chosen to surprise and delight. 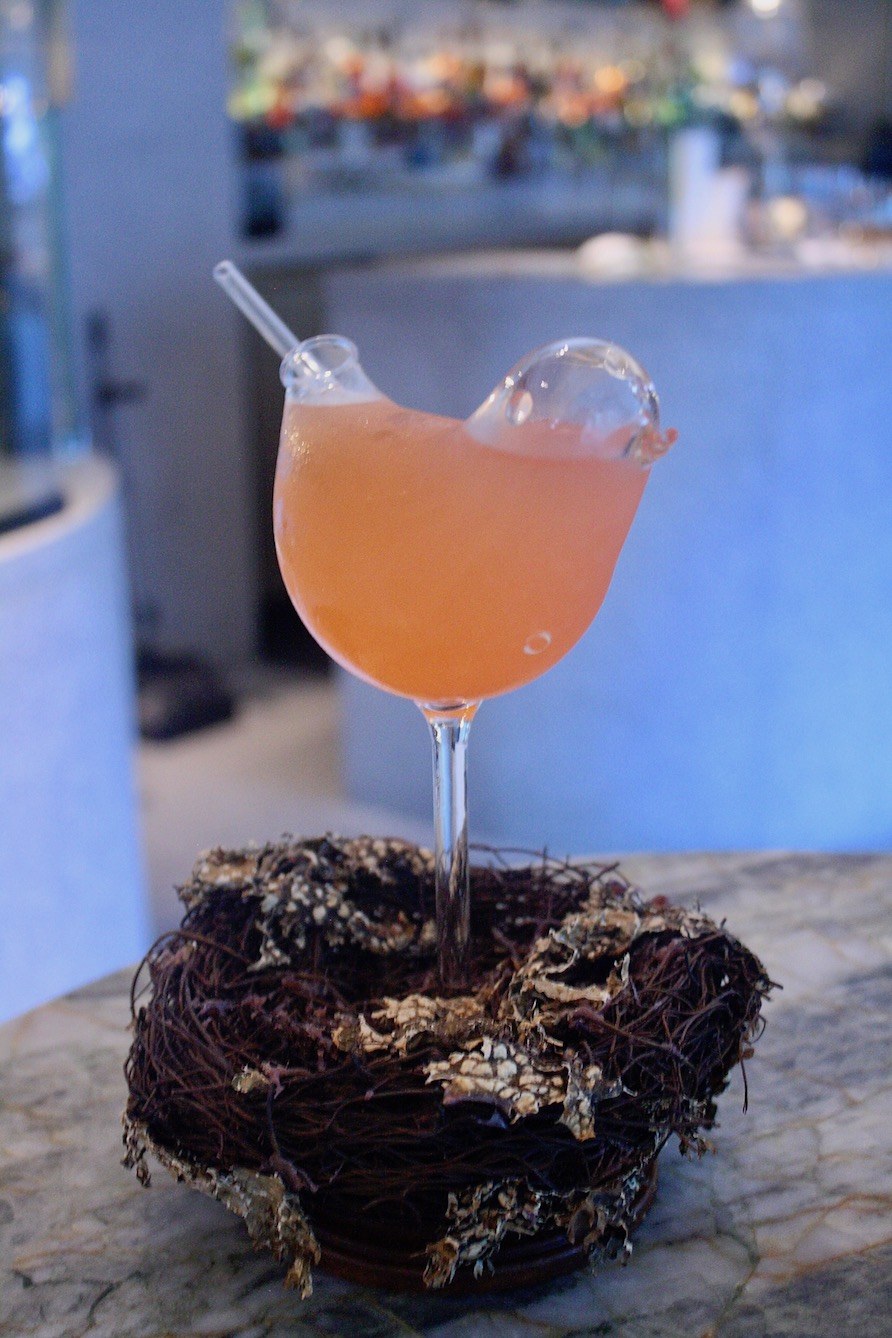 Watching the creation of the beverages is just as awe-inspiring as the drinks themselves, and it’s easy to witness through the glass walls and door that surrounds the small but mighty chem-like lab.

The Pretty Bird is an absolute dream in terms of presentation and flavour profile. It consists of gin, berries, seeds, and bubbles, all poured into a bird-shaped glass resting in a custom-made nest.

Other enchanting beverages from this cocktail-forward lab include Deep Cove, a mixture of island gin, sea buckthorn, and blue algae in a glass fused into driftwood, along with the Candy Cap Magic, a combination of mushroom rye, vermouth, and spiced maple.

The Candy Cap cocktail is placed in a terrarium atop a bed of forest moss. As soon as you open the latch of the glass you’re met with an infusion of smells from the forest along with the visual component of dry ice. 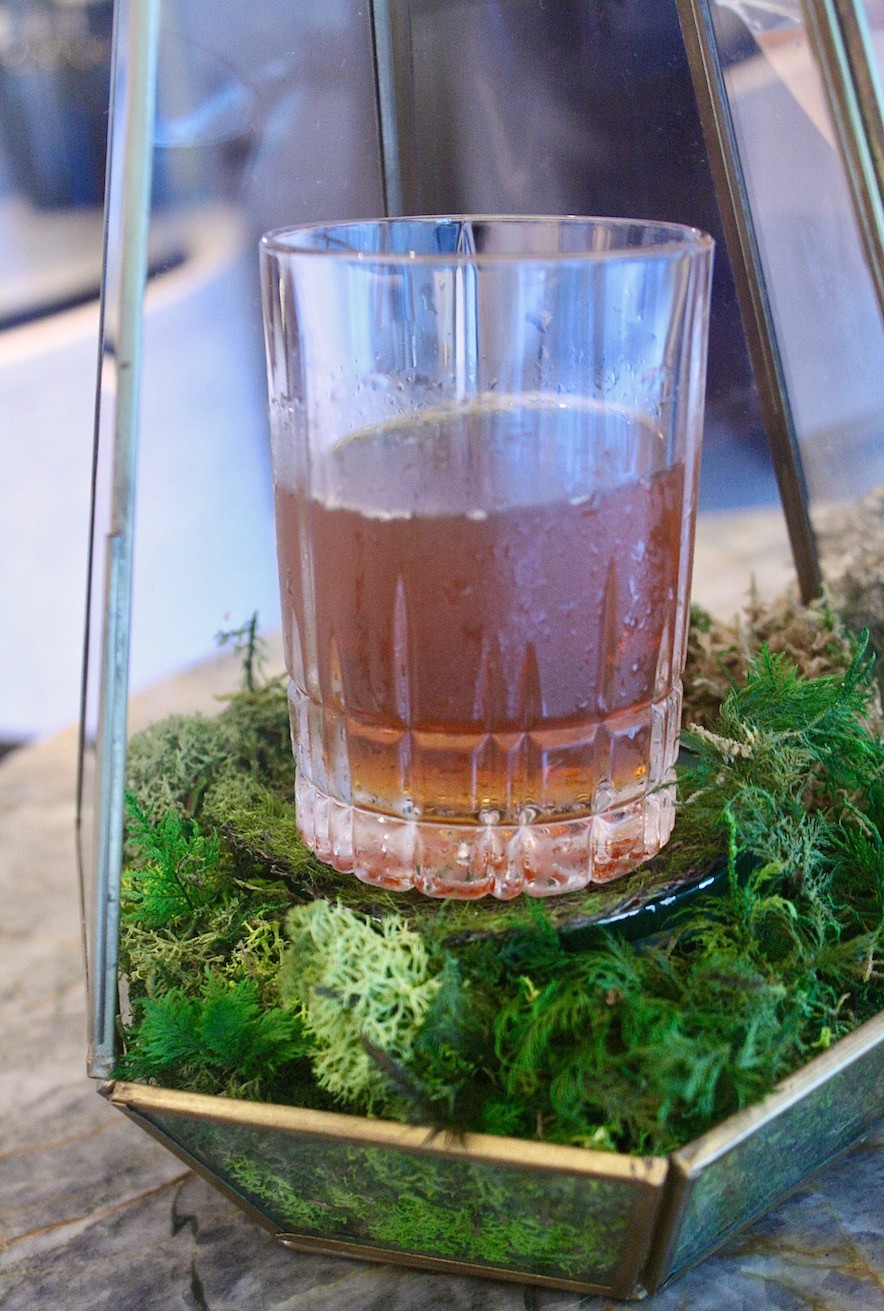 These drinks truly showcase all the conceptualization that has been thoughtfully interlaced through the offerings here, emphasizing the principles of botany as the foundation of the restaurant.

There are more reasons to drink at Botanist and its lounges led by wine director Jill Spoor. She leads an all-female team of sommeliers and has hand-picked and compiled terroir-driven lists for both Botanist and the newly-opened Champagne lounge.

The lounge, a dreamy millennial pink oasis, will now be open nightly. Eventually a table side cocktail service will be added to the mix, creating a paradise fit for any kind of reunion, get together, or night cap. 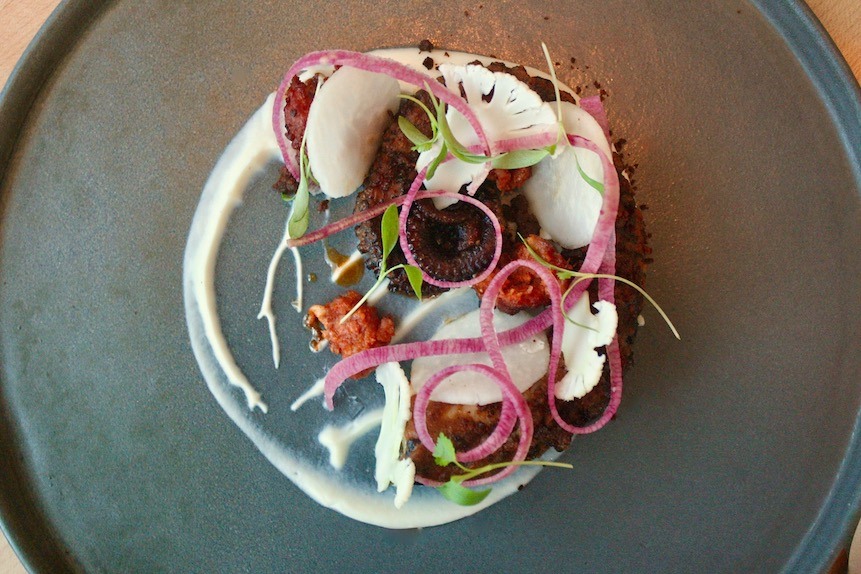 While the drinks here may be our current obsession, we can’t help but mention the exceptional eats that are made in the same vicinity as the beverages.

Executive Chef Hector Laguna’s food is as delicious as it is stunning. And with an array of seasonal plates on the menu, many centred around meat (something that’s consistently done impeccably by the culinary team here), there’s a big chance you’re going to want to time your happy hour with a late dinner in the dining room.

The Charred Octopus is one of those out-of-this-world proteins. It’s a combo of watermelon radish, cauliflower, kohlrabi, and spicy chorizo, and when you pair this with your beverage you’ll be in heaven.

This post was brought to you by The NEW American Express Cobalt™ Card. Earn 5x the points on eats & drinks*, giving you more rewards for your next night out. *On eligible purchases. Conditions apply.