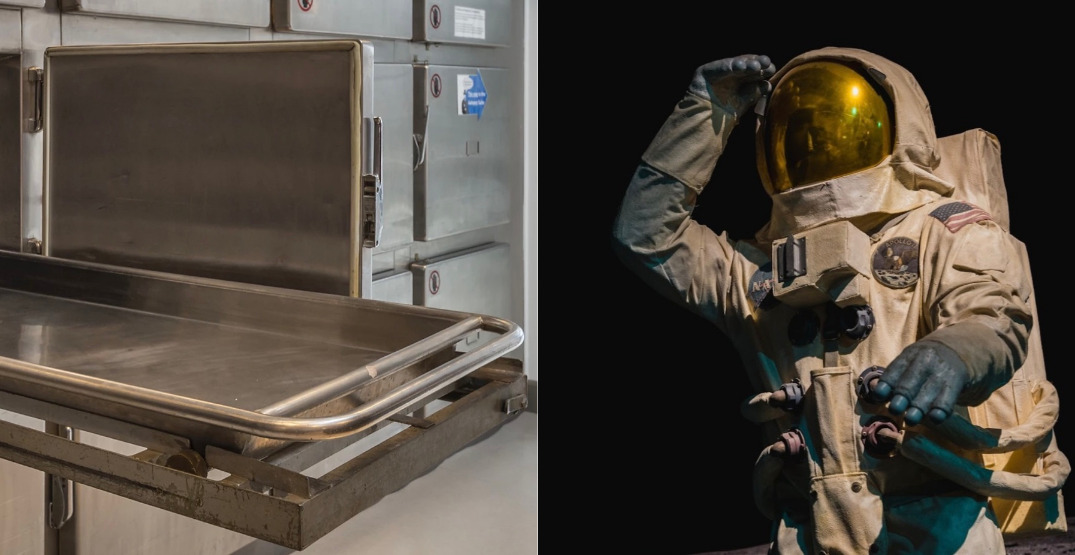 May 18 marked International Museum Day, so we thought it would be cool to highlight a bunch of awesome museums to check out in and around Vancouver.

From space to anthropology to grisly murder cases, there’s practically a museum for everything.

These are a few of the best museums around Vancouver, but there are plenty more spread throughout the province.

There are few things more infinitely interesting than space, and the H.R. MacMillan Space Centre does an amazing job of capturing its wonder.

Featuring two theatres, a gallery and an observatory, there is plenty to be awed by at the space centre.

The museum also has an evening experience called “Space Centre at Night,” which lets visitors look through the 1/2 metre telescope.

Vancouver’s relationship with surrounding bodies of water goes way back, and the Vancouver Maritime Museum is a unique look into that history.

Some of the unique exhibitions currently featured include Canoe Cultures, Steaming Ahead, and Walking Under Water. There’s also an experience designed just for kids.

If you haven’t seen the blue whale display at the Beaty Museum, you’re missing out.

You don’t get a chance to see the largest mammal to ever live on Earth up close and personal, even if it is just the skeleton. It’s actually the largest skeleton in Canada.

There is a range of other permanent and ongoing exhibitions at Beaty, including one about dinosaurs. You can’t have a list of the best museums without dinosaurs.

As a great man once said, “Life finds a way.”

Policing in Vancouver has changed a lot over the years, and the Vancouver Police Museum has done a great job of preserving some relics of the past, including some items that are a bit morbid.

The building itself houses the city’s former morgue and autopsy room, and in the past, the museum hosted an event called “Movies in the Morgue.” Creepy, right?

The museum also explores some of Vancouver’s most iconic cold cases, like the milkshake murderer, which helps make it one of the most unique and best museums in Vancouver.

If you’ve ever wanted to travel back in time, you can get pretty close to achieving that feat by visiting the Burnaby Village Museum, and it’s free.

The village is a physical snapshot of Burnaby as it was in the 1920s. There are a variety of different exhibits and shops. There’s also a vintage carousel that’s well over 100 years old that you can ride.

The village is open seasonally, and there are various themed events throughout the year.

Not unlike the Burnaby Village Museum, the Richmond Museum focuses on the history of Richmond.

An upcoming exhibition called Gateway to the Pacific will highlight stories from early migrants who crossed the Pacific Ocean to the shores of Richmond.

A post shared by Township of Langley, BC (@langleytownship)

Located in the historic village of Fort Langley, the Langley Centennial Museum opened in 1958 and highlights Langley’s rich and diverse history.

It features a range of artifacts, including Canadian art, quilts, fossils and historical photography.

“The displays in the Historic Gallery reflect Langley’s distinction as one of the oldest municipalities in the province,” reads the website.

And after you visit the museum, you can take a stroll through historic Fort Langley, which feels like a living and breathing museum in itself.

If you’re okay with setting your sights a little further, the Britannia Mine Museum is worth the drive.

About an hour away from downtown Vancouver and a 10-minute drive to Squamish, the Britannia Mine Museum highlights an important part of the region’s history.

The actual mine operated between 1904 and 1974, and it used to be the largest copper mine in the British Empire. At one point in time, there were 60,000 people living and working in and around the mine.

There’s a lot more to learn about this fascinating piece of history, and they’ve just launched their summer exhibit, which highlights “how the Britannia community built resiliency through recreation and social gatherings.”