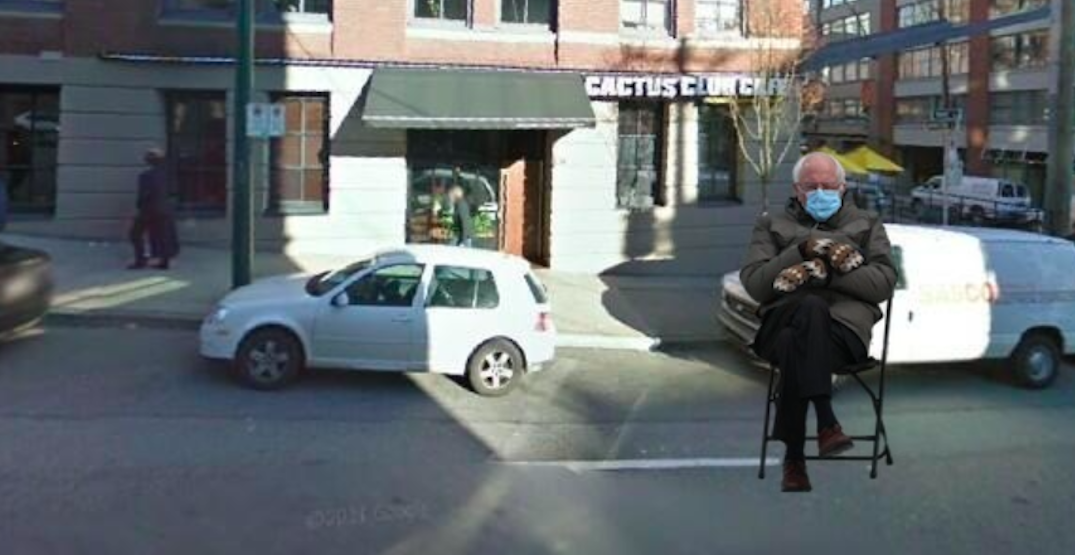 It was a historic day for the US on Wednesday, and amid everything that took place during President Joe Biden’s inauguration, Bernie Sanders unwittingly stole the spotlight.

The Vermont senator got the meme treatment, as images circulated across social media of a cross-legged Sanders sitting in a physically distanced chair wearing mittens and a face mask during Biden’s ceremony.

Now, Sanders and his mittens have made it all the way to Vancouver, showing up at places like YVR, local parks, and even a Canucks game.

Vancouver has a spot for Bernie Sanders. pic.twitter.com/uKAi7Xx7W6

@jaketapper Bernie even made it to Vancouver in time for the @Canucks game. As great Canadians we recognized the US Senator. pic.twitter.com/K5ohDAOgGh

For those interested in creating a #berniesmittens meme of their own, a website has now been created where you can place him wherever you like in the city – or any other location –for that matter.

Here are some examples from some of the Daily Hive staff:

Waiting for brunch outside Jam Cafe 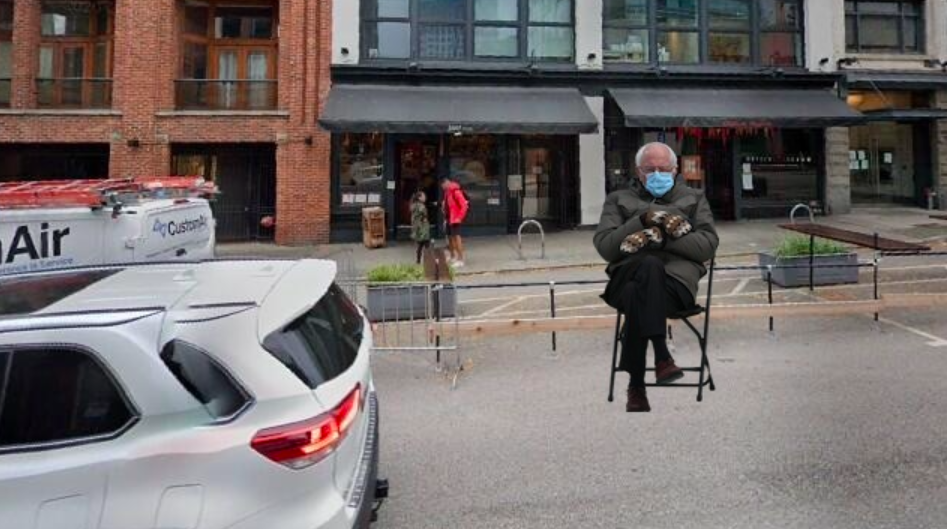 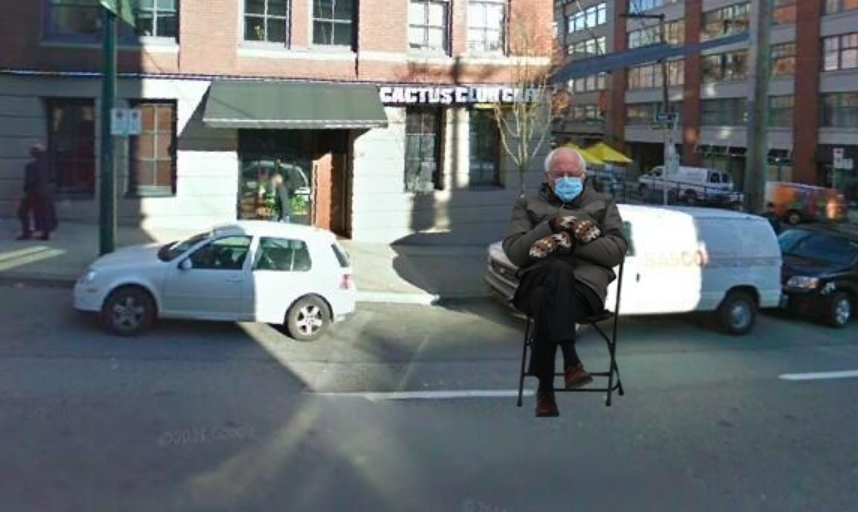 Hanging out at Jack Poole Plaza 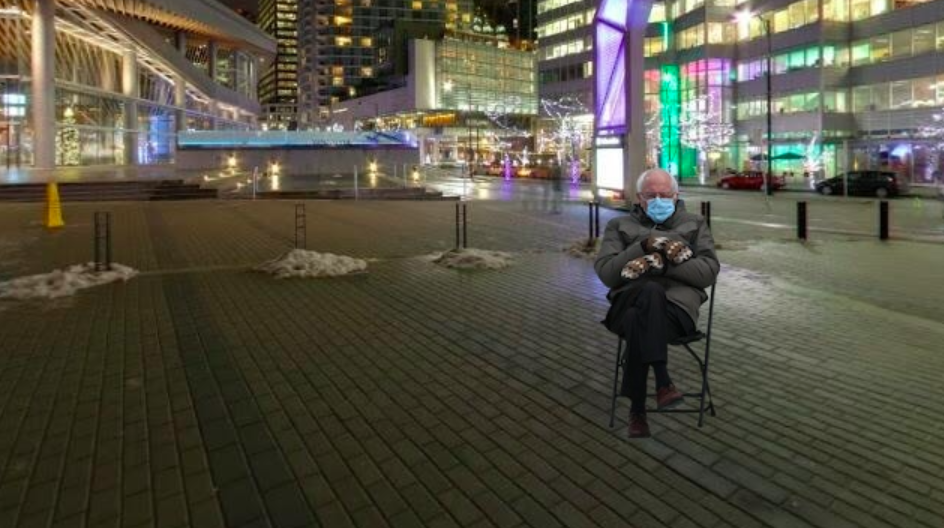 Who knows where Sanders and his mittens will turn up next?