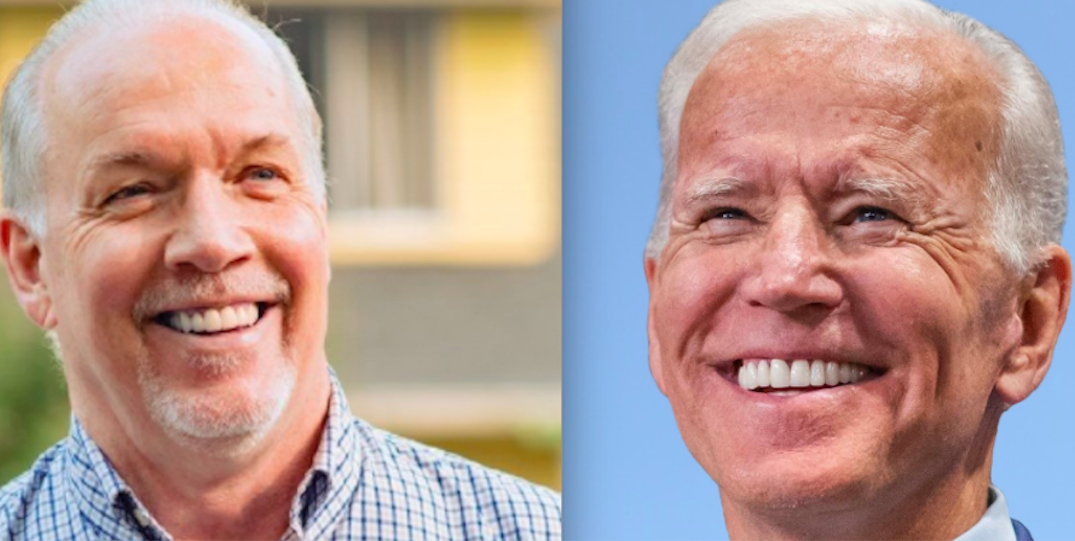 BC Premier John Horgan and US President Joe Biden

BC Premier John Horgan has offered his congratulations to Joe Biden, who was officially sworn in as the new president of the United States on Wednesday morning.

On Twitter, Horgan congratulated both Biden and Vice President Kamala Harris, stating that he is “looking forward to brighter days ahead.”

We’re close friends and partners with our American neighbours. Looking forward to brighter days ahead for growing our relationship to get through the pandemic & build a recovery that reaches everyone.

“On behalf of the Government of Canada, I congratulate Joe Biden on his inauguration as the 46th President of the United States of America,” said Trudeau.

“Canada and the United States enjoy one of the most unique relationships in the world, built on a shared commitment to democratic values, common interests, and strong economic and security ties. Our two countries are more than neighbours – we are close friends, partners, and allies.”