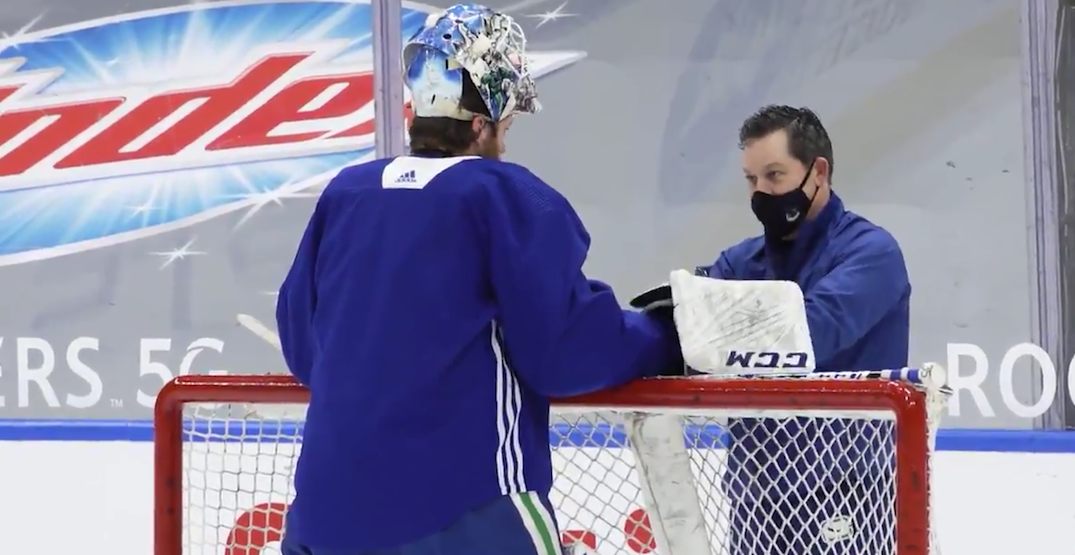 After re-signing head coach Travis Green last week, it sounds like the Vancouver Canucks are closing in on an important piece of his staff.

In an interview this morning with Don Taylor and Rick Dhaliwal on CHEK, Canucks GM Jim Benning sounded very optimistic that the team will be able to re-sign goaltending coach Ian Clark.

Clark, who Thatcher Demko has spoken very highly of, can become a free agent this offseason. The goalie guru has been credited for helping to turn Jacob Markstrom into an elite goalie, and was the goaltending coach in Columbus when Sergei Bobrovsky won a pair of Vezina Trophies.

“We’re going to get something worked out there,” Benning said confidently on Donnie & Dhali. “He is an important guy in our group and, like I’ve said before, he’s good at what he does. We’ll get that figured out.”

While Benning said he wanted to re-sign Clark last week, he also noted that they had to “figure out if there’s something that can be done to bring him back.”

“I’m hoping that he decides he’s going to come back,” he added at the time.

It would be a risky move to let Clark go, particularly given that the team just committed five years and $25 million to Demko.

As for the rest of the coaching staff, that’s less clear. Assistant coaches Nolan Baumgartner, Newell Brown, and Jason King are also in need of new contracts. Benning said he will be speaking to Green today, and they’ll make decisions about the coaching staff after that.

“I’m having a conversation with Travis and we’re going to go through the staff… and make decisions on these guys, and then from there, offer contracts, and get them signed up.”