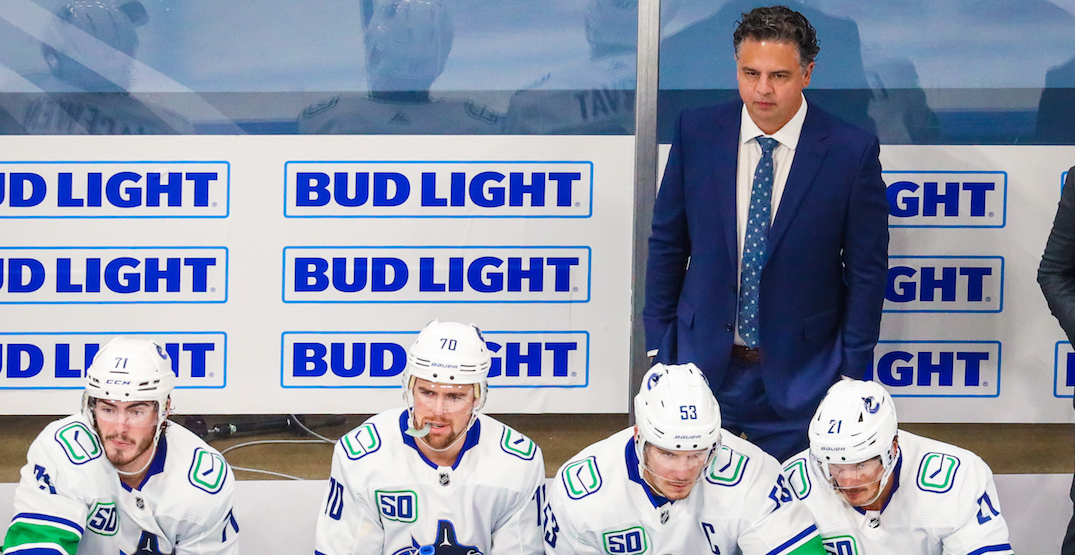 After months of speculation, Travis Green will indeed remain the head coach of the Vancouver Canucks. The team announced that Green has signed a “multi-year” contract extension — later confirmed to be a two-year deal.

“We are excited to have Travis Green continue to lead the Canucks as head coach and move forward from a challenging year to focus on future seasons,” Canucks GM Jim Benning said in a media release. “Our plan has always been to draft and develop a young core and surround them with supporting players who can help us win. We have some of the best young players in the NHL, and I believe Travis is the right coach to help us achieve team success and a return to the playoffs.”

Green recently finished his fourth season behind the Canucks’ bench, and the Castlegar native is well regarded around the league. His players have also spoken highly of him in recent days.

“Coaching the Vancouver Canucks has been a privilege, and I am excited at the opportunity to continue behind the bench with this team,” said Green. “I believe this young team and organization is on the rise. They have shown character, a strong will to win, and we expect big things in the years ahead. Thank you to Jim, Francesco and the Aquilini family for the opportunity to continue as the coach of the Vancouver Canucks.”

Benning and Green are set to speak to the media this morning, beginning at 11 am. It remains to be seen what will happen with the rest of the coaching staff, including assistant coaches Nolan Baumgartner, Newell Brown, and Jason King. Goaltending coach Ian Clark is also without a contract beyond this season.