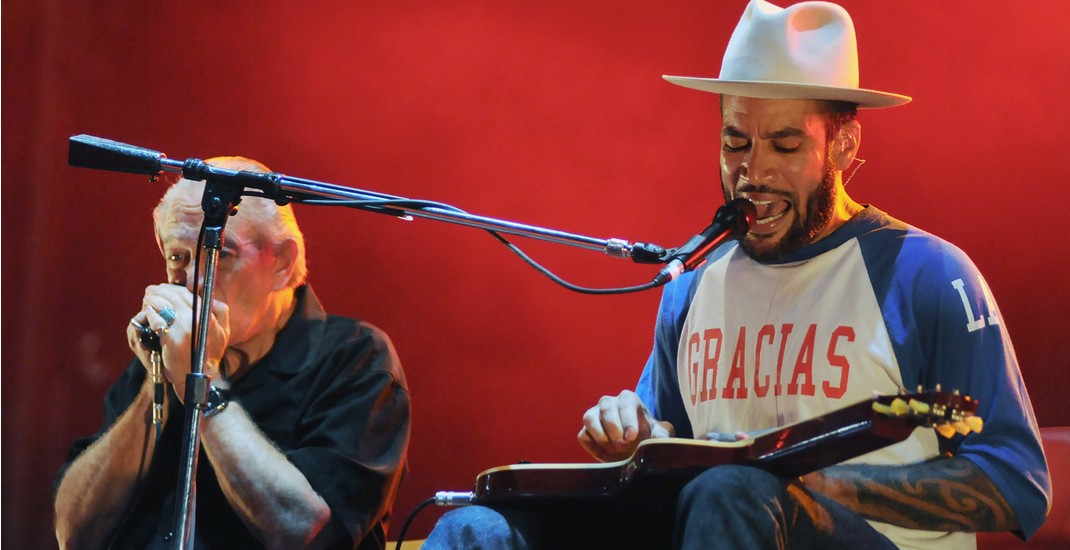 Known for his eclectic mix of soul, folk rock music, guitarist skills, activism and unique vocals, Harper will be play a show with Charlie Musselwhite at the Orpheum in Vancouver on August 23.

The show is part of Harper’s latest tour as he and Musselwhite hit the road to promote their new collaboration album, No Mercy in This Land, which is set to be released on March 30.

The album is the first of new music from the pair since the 2013 release of their collaborative album Get Up!, which debuted at No. 1 on Billboard’s Blues Albums Chart and won a GRAMMY Award in 2014 for “Best Blues Album.”

The all-ages show takes place at the Orpheum and tickets go on sale at 10 am this Friday, February 2, through LiveNation.

So whether you have Diamonds on the Inside or just want to Burn One Down, this show is sure to set the stage for a solid, late-summer celebration.