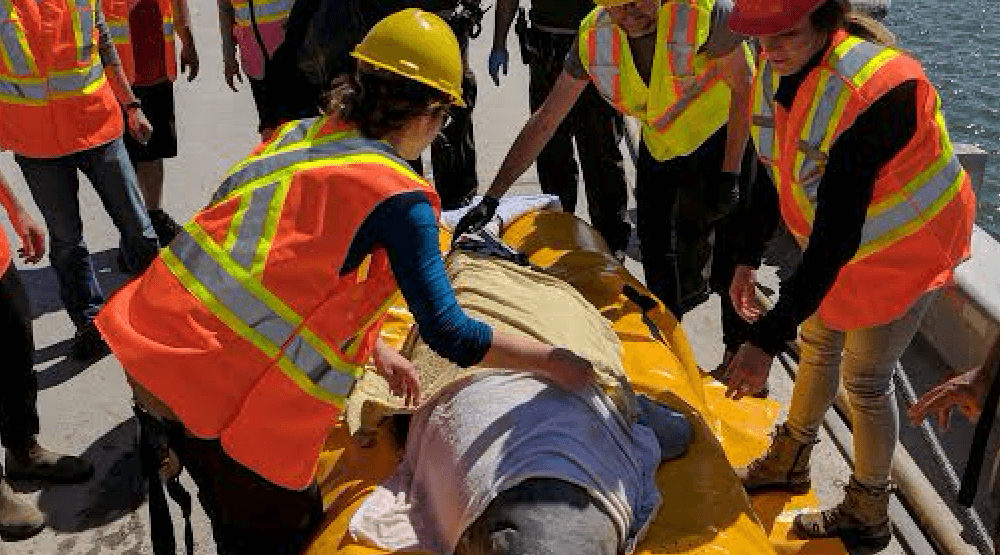 A “bold plan” was put into action Thursday, as Marine Mammal health experts from the Vancouver Aquarium took part in the rescue of a beluga whale on Canada’s East coast.

The whale, which is about five feet long and thought to be two or three years old, was first spotted June 2, several kilometres up the Nepisiguit River near Bathurst, New Brunswick.

At this time of year, beluga whales are typically in a seasonal migration further west, in the St. Lawrence River.

Rescuers believe the whale likely took a wrong turn when the water level was higher in the Nepisiguit, and had been unable to return to the ocean.

The rescue was led by Fisheries and Oceans Canada (DFO) and GREMM (Group for Research and Education on Marine Mammals), and involved marine mammal experts from Chicago’s Shedd Aquarium, the Vancouver Aquarium, and the University of Montreal.

The 20-person team coaxed the whale into a net using an acoustic deterrent device, and then transferred him into a sling.

The whale was then carried from the river and placed onto a truck, which took the whale to the airport.

The team then placed the beluga on a plane for the 45-minute flight back to the St. Lawrence Estuary. 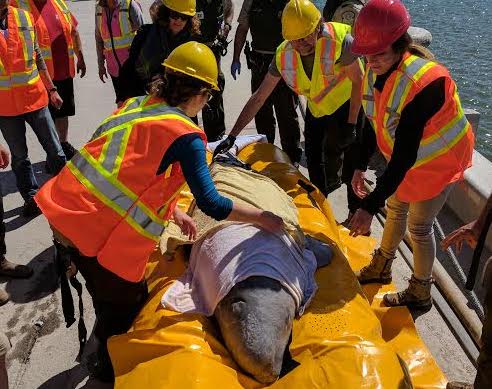 Rescuers attend to the beluga (Contributed)

Upon landing, the team moved the whale from the plane to a pontoon raft, which was lowered into the estuary.

The beluga whale was released from the raft and has since been seen socializing with three other young beluga whales.

“The success of this rescue effort so far is heartening,” said Haulena. “We were concerned about the animal’s welfare of course, but this effort is also a feasibility study to determine if rescuing individuals will help the population.”

Every whale is important, Haulena added, as this group of belugas has been suffering “critical losses” over the past decade. 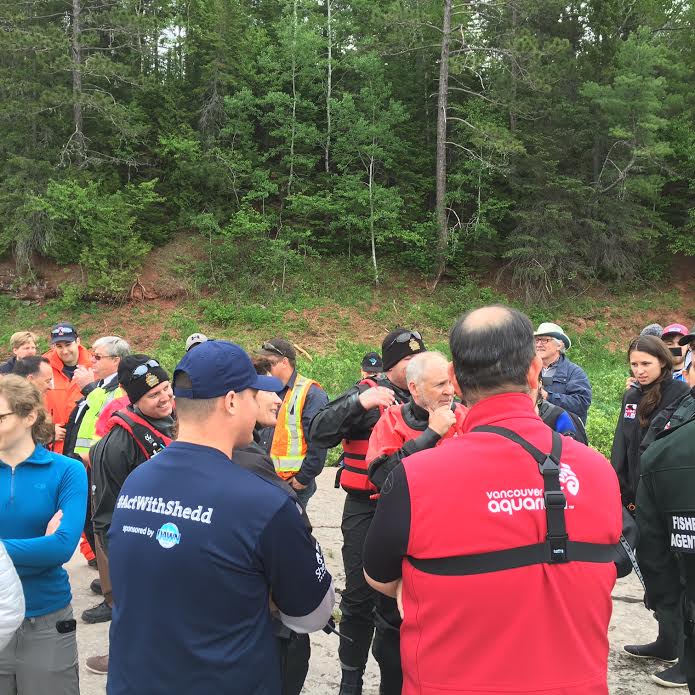 The team being briefed on the rescue (Contributed)

“It was a bold plan, and not without some risk,” said Shedd Aquarium Executive Vice President of Animals Tim Binder.”

“We believed this animal to be a member of the endangered population… so we knew we had to respond quickly by lending our expertise and resources on the ground.”

The rescued whale has since been fitted with a satellite tag to assess the success of the rescue and relocation effort and to help inform these efforts.