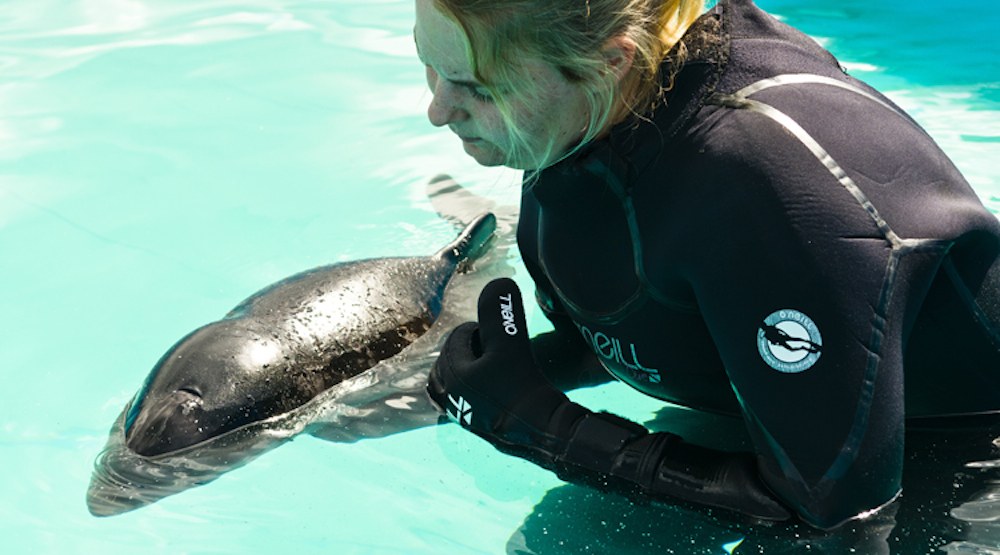 No animal can live forever. Whether they die in plain sight in captivity or out of sight in the wild, it happens. Animals die from natural causes and old age in any situation.

So with the Vancouver Aquarium’s latest death, let’s look at this objectively before knee-jerk emotions and reactions takeover, which has been far too often the case in recent years.

Daisy the harbour porpoise, who died at the Aquarium on Thursday, was found stranded at Gonzales Beach near Victoria on August 26, 2008. She was a tiny calf less than a metre long – just one month old at the time of rescue, was emaciated and dehydrated, and had severe muscle damage.

The Aquarium’s veterinarians said Daisy’s odds of overcoming her weak condition and surviving without the care of her mother was just 10%.

She could not swim, which necessitated someone to be with her in the recovery pool 24/7. A special sling had to be designed and built to keep her afloat.

But Daisy overcame all odds and made a spectacular turn around with constant monitoring and treatment in the many months that followed. Rescues of harbour porpoises are extremely rare, never mind successful recoveries, and the population health of the species off the BC coast is considered a “special concern” by the federal government.

Approximately one year after her rescue, scientists with the Department of Fisheries and Oceans made the decision to deem Daisy unreleasable. She was still highly dependent and had not developed the skills to survive on her own in the wild, including how and where to find food, how to avoid predators, and deal with other natural factors.

At the time, there were no other harbour porpoises living at any North American aquariums, and there was little knowledge of how to successfully care for the species in captivity. 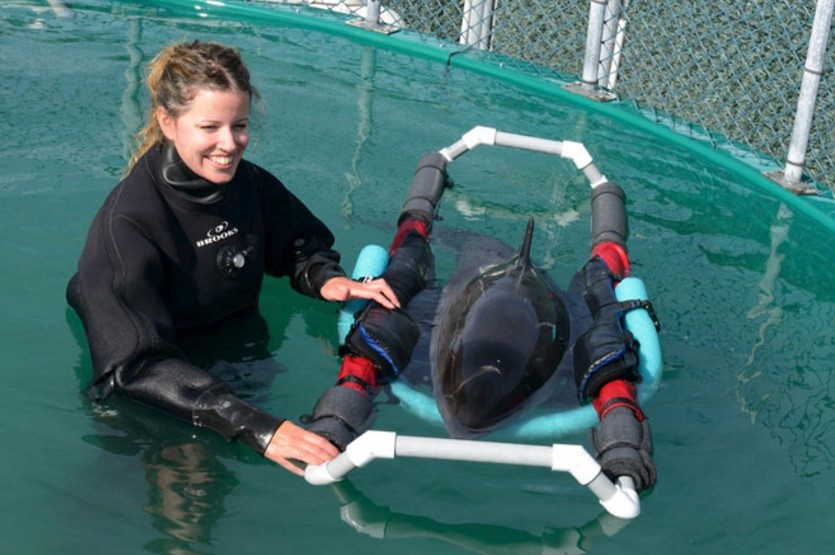 The Aquarium’s experience with Daisy then led to the successful rescue and release of harbour porpoise Levi in 2013 and the successful rehabilitation of Chester the following year. For the knowledge it gained from rescuing Daisy and keeping her alive all these years, in 2015 the Aquarium’s work with harbour porpoises was acknowledged with the Colonel D.G. Dailley Award from Canada’s Accredited Zoos and Aquariums.

Up until the Aquarium’s time with Daisy, little was known about harbour porpoises as they were shy and elusive, and many biologists thought rescue attempts for the species would be too resource-intensive. The chance of survival for young calfs was seen as too slim, and euthanasia was seen as the best practice.

The Vancouver Park Board’s recent decision to ban the Aquarium from keeping cetaceans at Stanley Park would make similar cases like Daisy impossible to treat. The DFO requires a long-term care facility, which is a self-financing non-profit organization, be arranged prior to an attempt to take a cetacean out of the wild for rehabilitation. Otherwise, euthanasia on the beach is the only alternative.

Critics of the Aquarium and its rescue program would rather see an animal euthanized than live in the confines of a tank. But would they say the same for a human being in a long-term care facility?

The Aquarium will be challenging the Park Board’s decision in court as one of its last recourses to reject populist overreach and protect a humane and science-based practice that strives to protect wildlife populations.