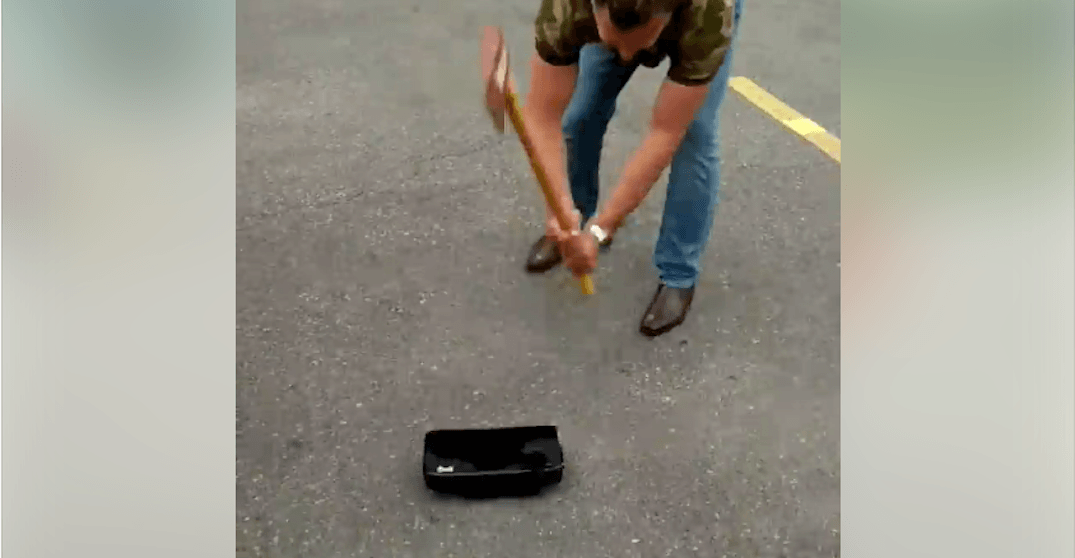 Bell Canada may be slashing its internet prices in Ontario, but that probably isn’t enough to keep Jeremy Parsons as a customer.

The Burlington, Ontario, customer took to social media to express his recent frustrations with the communications giant.

“Bell Canada for a communications company you fail at communicating. I can’t even walk into one of your hundred stores and speak to someone,” wrote Parsons on a post.

He claims to have attempted to contact Bell Canada’s customer service representatives for eight months over his high-speed internet, but with no callbacks, or there have been “service calls that don’t actually fix any problems, customer care reps who do not care and provide inaccurate information with supervisors who do not accept calls or have a direct number.”

Parsons said he was on the phone for four hours with Bell, waited for a technician who was supposed to install a modem, and when they arrived, they just left the package at his doorstep.

“This is what I think about your bloody service,” Parsons said, before taking an axe to his modem in front of a Bell store. “That’s it, you suck.”

The good news for Parsons is, the Canadian Radio-television and Telecommunications Commission (CRTC) wants to hear about bad experiences with misleading or aggressive sales practices by telecom service providers.

The CRTC is currently accepting written consumer comments until August 20, and this will be followed by a public hearing in Gatineau, Quebec, starting on October 22.

The CRTC announced an investigation into the sales practices used by the country’s largest telecommunication companies in June.