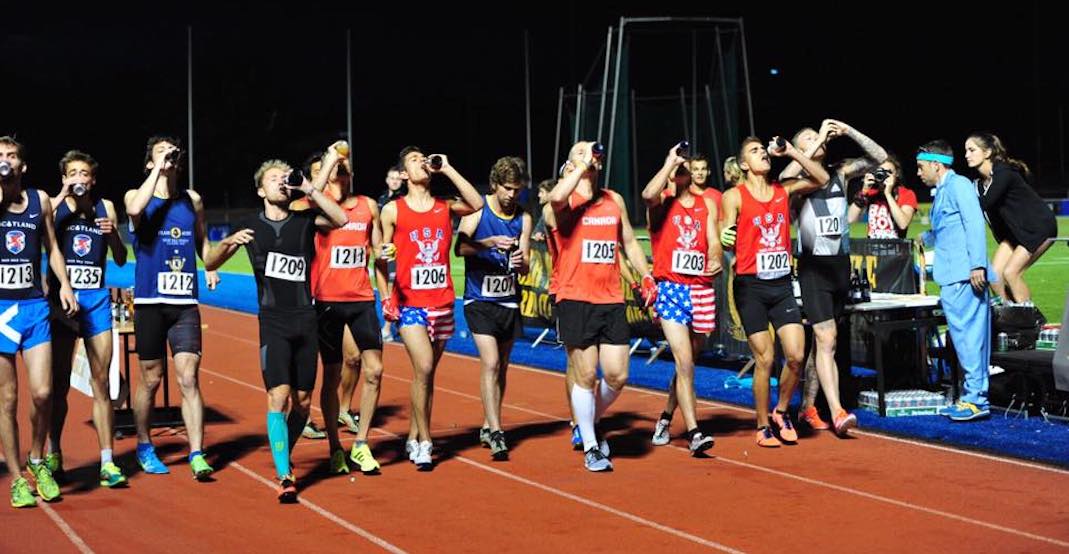 Canadian Corey Bellemore says he’s not a hero, not even close.

The University of Windsor Alumni and Ontario native is a Track & Field athlete, but he’s also currently the beer mile world record holder.

Bellemore is so good at chugging and running, that he recently broke his own record in the athletic event.

On Saturday, the Canadian runner took part in a Beer Mile event in San Fransisco. The talented athlete ran a mile (roughly 1.6 km for us Canadians) while drinking four beers in between, and he did it all in 4 minutes and 33 seconds.

The Ontarian said that he’s just a serious athlete who doesn’t take life too seriously, and “it’s all about having fun.”

But still, it’s pretty impressive considering many of us don’t want to get off the couch after having one beer… let alone four.