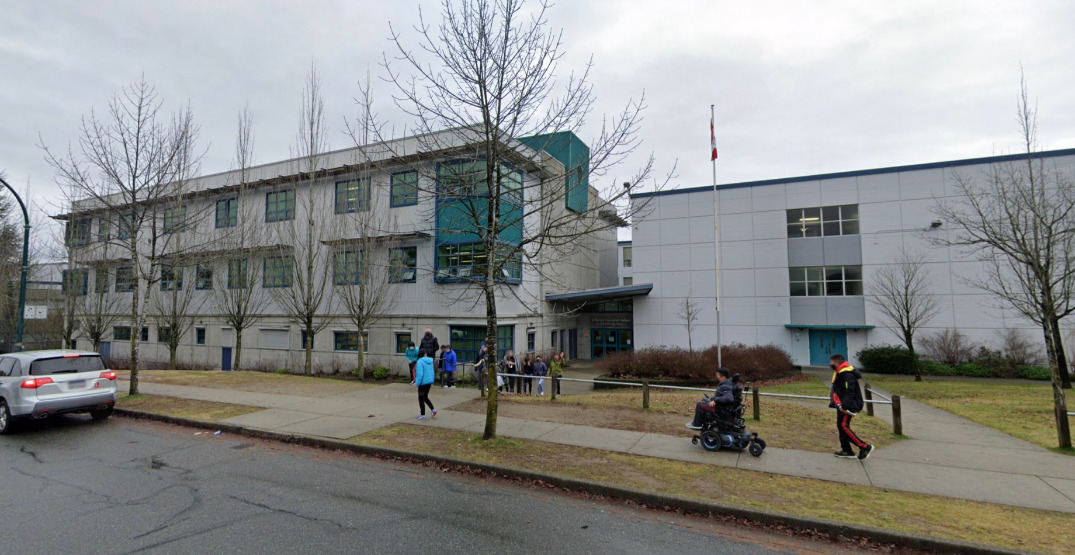 Vancouver Police are investigating after nearly two dozen students were “contaminated” by bear spray during a Wednesday morning assault at an East Vancouver high school.

The incident took place at Killarney Secondary School which is located at 41st Avenue and Kerr Street.

VPD officers responded to the school after staff called 911 shortly after 9 am to report that someone had deployed noxious spray inside of Killarney Secondary.

Investigators currently believe that the perpetrators are two teenagers who do not attend the school. Police believe that the two suspects were attempting to assault a male student. They then deployed bear spray at the Vancouver high school and fled in a vehicle.

Approximately 2,000 students were evacuated from the school while firefighters and paramedics decontaminated staff, students, and anyone who had been sprayed.

“A number of students were taken to hospital as a precaution,” reads a statement from the VPD.

Police have identified the suspects and believe that the incident was targeted.