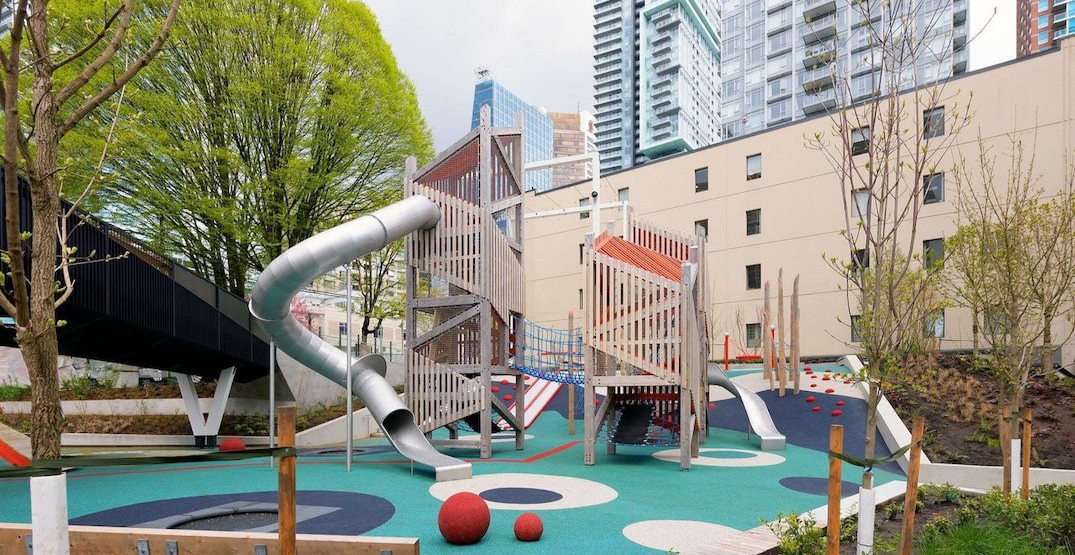 Vancouver City Park on Richards and Smithe Streets opened just over a month ago, but the VPD has already been called to respond to a troubling situation that took place there resulting in someone being banned.

One man has been charged with numerous offences and is permanently banned from Vancouver City Park after allegedly threatening parents and bringing weapons to the park on Sunday morning.

Vancouver police were called to assist after parents simply asked the man to stop consuming drugs in the park.

Vancouver police have shared a name and the charges associated with the man in question.

“His bail conditions ban him from Vancouver City Park,” said VPD on Twitter.

If you’ve passed by the park since it opened, it’s now flourishing with kids and parents enjoying the new downtown attraction.

People were quick to chime in on Twitter about the state of crime in the city.

“Did not take long for that new park to turn into a magnet for drugs and related crime,” said one user.

Another quipped, “Catch and release. Will it ever end?”