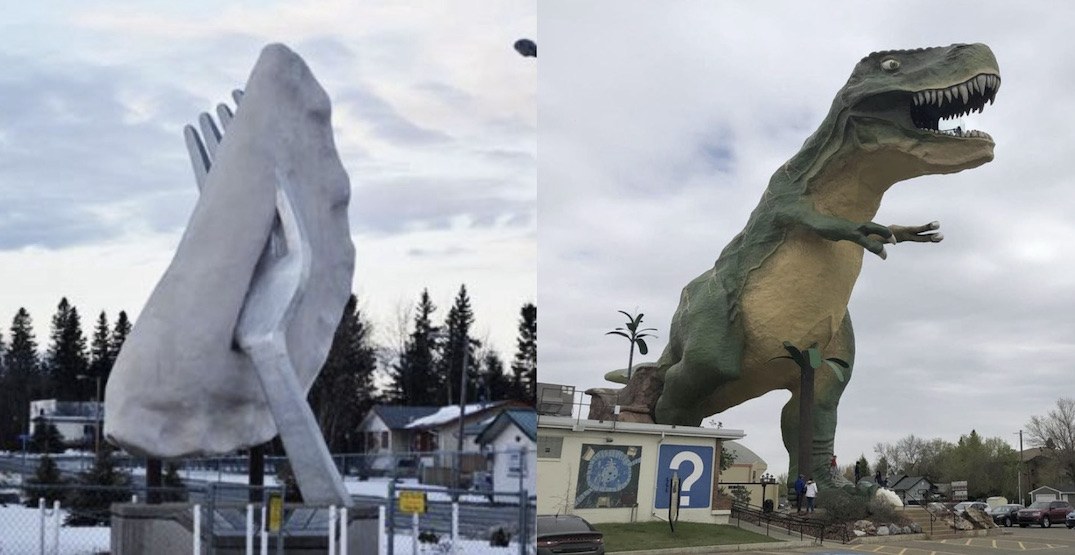 Itching for a little getaway and see something unique along the way? We got you covered, rounding up 10 roadside attractions and landmarks to check out in Alberta.

From a big bee to a giant beaver, the province has plenty unique and maybe even a little bizarre roadside attractions and landmarks to take a look at.

Located in the dinosaur capital of Alberta, the World’s Largest Dinosaur calls Drumheller home. Affectionaly named Tyra, the dino is an impressive 86 feet tall, more than four times the height of a real T-Rex. A trek up 106 steps will lead you into the mouth of the dino, which at max capacity can fit six people and gives a lovely view of the town of Drumheller and its badlands. It’s a landmark for the ages. 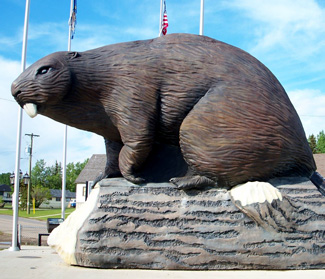 Clocking in at 1,500 pounds, this is one big beaver. Found outside Beaverlodge, this giant sculpture arrived in the town in 2004 and has been a roadside attraction ever since. Oh, and the log it sits on also weighs 1,500 pounds. What a busy beaver! 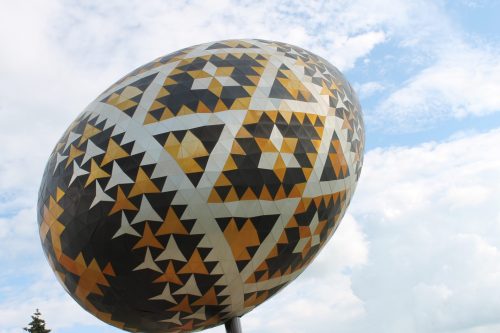 It’s beautiful, and it’s big. The pysanka, or Ukrainian Easter egg in Vegreville is decorated with traditional Ukrainian folk designs. It’s nearly 26 feet long and 31 feet high and is impressive enough that it got a visit by Queen Elizabeth II alongside Prince Edward and Prince Andrew in 1978. Not all roadside attractions and landmarks in Alberta have royal approval like the Vegreville Egg does. 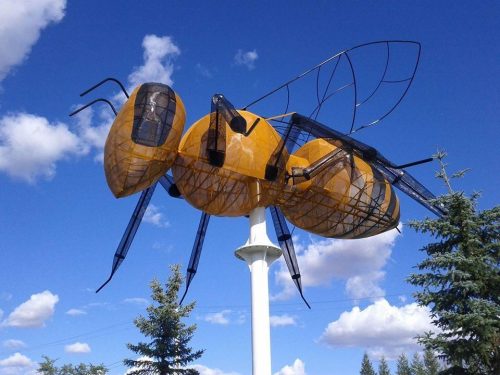 Buzzing with the title of world’s largest bee, this massive bee in Falher was built in 1990 to celebrate the honey bee capital of canada. The town is known for its beekeeping industry, even holding a honey festival every year. Delicious! 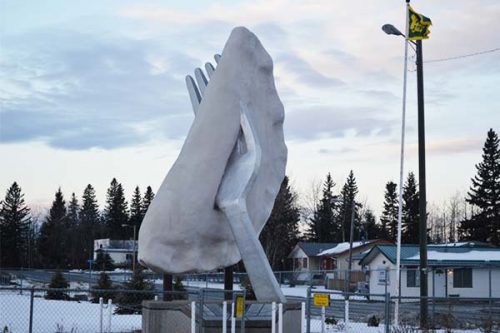 Perched on a large fork, the World’s Largest Perogy in Glendon stands 27 feet tall and weighs approximately 6,000 pounds. It was unveiled in 1993, and has been making visitors hungry for their next perogy ever since. 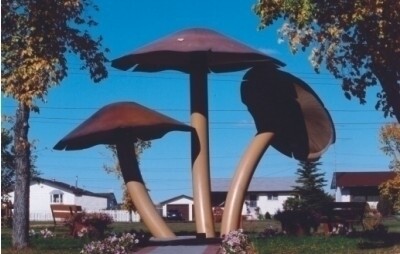 This giant fungi in Vilna weighs more than 18,000 pounds and was opened in 1993. Mirroring the tricholoma uspale mushroom on a massive scale, the mushroom grows wild in the area. 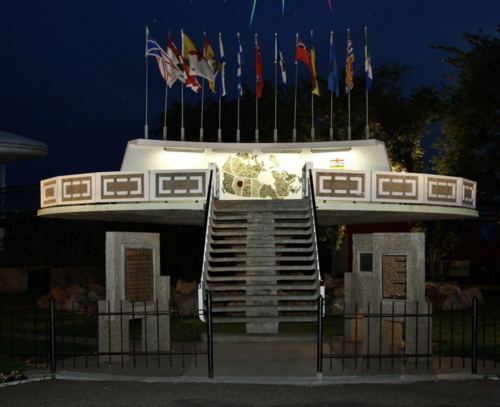 Ready to welcome any extraterrestrial life, the UFO Landing Pad in St. Paul was built in 1967. Weighing over 130 tons, a time capsule was also buried when the pad was unveiled, so be sure to make a visit back in 2067 for that.

Considered a landmark in Edmonton, this massive cowboy boot was built in 1989. It’s four storeys tall, and also lights up at night with neon lights all over the boot. 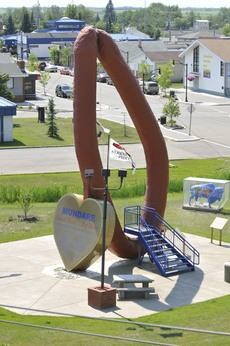 Now THAT is a big hunk of meat. The World’s Largest Ukrainian Sausage was built in recognition of Stawnichy Meat Processing by the Stawnichy family. Clocking in at nearly 13 feet tall and weighing six tons, it’s hard to miss.

Lighting up the sky in Donalda, the World’s Largest Oil Lamp was opened on Canada Day in 2000. It was created to highlight Donalda’s massive lamp collection, with the Donalda & District Museum containing more then 1,100 lamps from as early as the 16th century. This lamp is a big one though, standing 42 feet high and 17 feet wide.