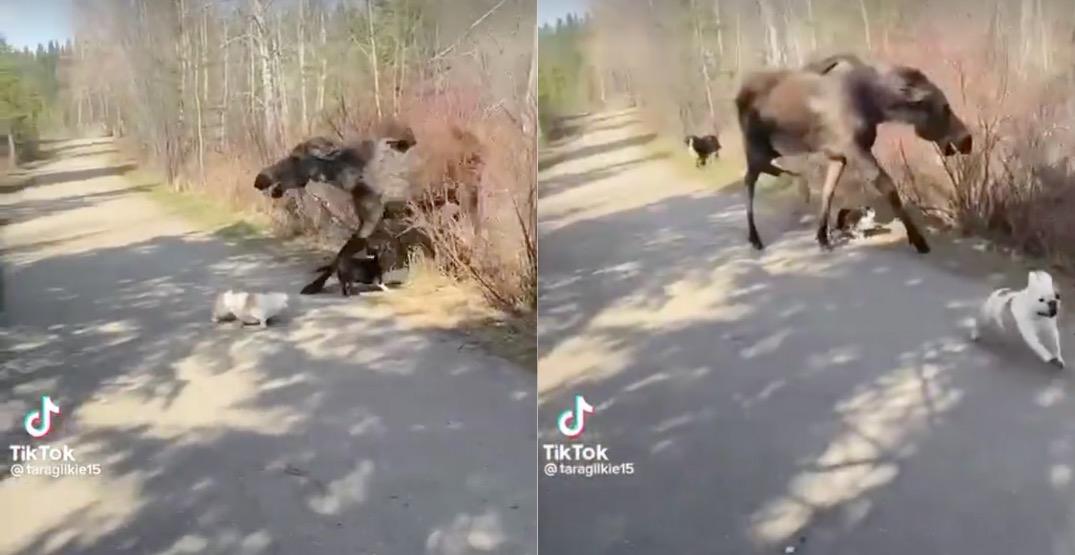 A TikTok reportedly taken in Red Deer, Alberta, of a moose charging a woman’s dogs has amassed millions of views online.

The video shows a group of dogs near the side of the trail when the moose emerges from the brush, almost trampling one of the dogs.

“We are so lucky everyone is ok!!” the user posted on TikTok.

“For the commentators…I would never allow my dogs this close to wildlife, had I known she was there with two babies we would have turned around.”

@taragilkie15 We are so lucky everyone is ok!! For the commentators…I would never allow my dogs this close to wildlife, had I of known she was there with two babies we would have turned around. #canadianhazards #reddeer #alberta #moose #threemilebend #fyp #foryou #foryoupage #canada #dogtok #dogmomlife ♬ original sound – Tara

The user followed up with an additional clip of the encounter, adding that they were in an off-leash dog park and that they were proud of how well the dogs listened in such an unexpected situation.

Moose are common throughout Alberta, and running into a cow moose with calves is not an ideal situation. They are one of the largest land mammals in North America, and we can’t imagine the fright of having one charge at your dog.