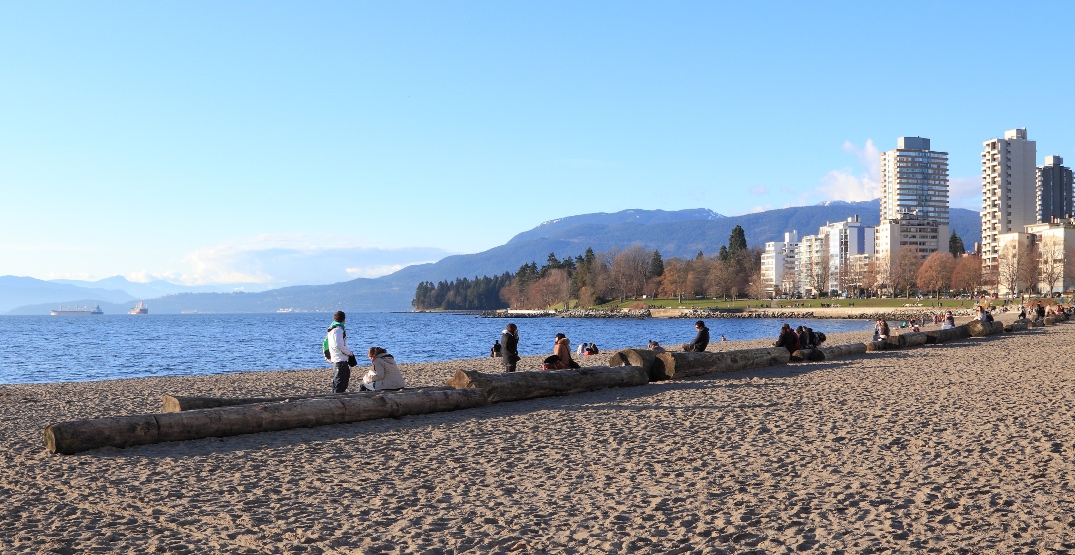 Any Vancouverite worth their sea salt knows you have to get there early if you want a beach log.

They’re a natural place to sit, lay your blanket out by, and set up for a beach day. Logs are to Vancouver’s beaches what private daybeds are to luxurious pools – a spot to set up for a relaxing day by the water, to see and be seen, and establish your base camp for a much-needed beach day.

The city’s obsession with beach logs even made global headlines as one of the top stories on The Guardian this week.

And if there are fewer on the beach than you remember, you are right.

Why were the logs removed?

A spokesperson for the Vancouver Board of Parks and Recreation confirmed to Daily Hive that there are fewer logs on the city’s beaches than before COVID-19.

“The majority of logs on Vancouver’s beaches were originally removed in response to the pandemic and the need for social distancing,” the parks board said.

After sitting in “log jail” for some time, the logs were returned to the beaches – but not all of them made it back.

“It’s important to note that not all of the logs are gone and it’s not that we are never bringing them back.”

“We are still going to have logs on the beaches – we just need to figure out what that number looks like,” they said.

Why are there fewer logs on the beach?

Our crews have begun their work to return beloved logs to #Vancouver beaches. The work will continue through the month of June, starting with #SunsetBeach, #Kitsbeach + moving West. Please remember to #staysafe & maintain 2M from those outside your household.

— Vancouver Board of Parks and Recreation (@ParkBoard) June 2, 2020

According to the parks board, having fewer logs on the beach has been helpful for safety, maintenance, reducing damage, and increasing space.

After removing the logs during the pandemic, the board noticed that they found fewer hazards like broken glass and needles on the beach.

“We also noticed a reduction in trash – previously people would often leave their garbage behind or under the logs.”

The removal of the logs also created “clearer lines of sight across the beaches” so it’s easier for staff, rangers, and police to “keep an eye on these public spaces.”

“In the early mornings, our staff would have to do a thorough inspection behind every log to ensure no one was lying there before work could get started. Removing the logs has made the beaches safer for staff and the public using them in the mornings.”

Without a ton of logs, it’s been easier for crews to groom the sand because they don’t have to move the logs.

Also, leaving the row of logs at the back of the beach helps keep the sand from blowing off the beach, “particularly at Kits, where the path is lower than the beach,” the parks board said.

Fewer logs on the beach reduce the risk of “logs being washed up or moved during king tides and damaging infrastructure,” the parks board said.

“In the extreme weather we experienced last winter, we saw logs being washed ashore and acting as battering rams against the sea wall and piers, causing extensive damage.”

“Removing logs has allowed more room for people to spread out. Areas between the logs were often an awkward distance for people to set up a spot,” said the parks board.

“We’ve heard that some people with disabilities and mobility issues use these logs to support themselves in sitting down and getting up from the sand, so there is more work to be done in creating a strategic plan for the logs to ensure accessibility is supported.”

What will happen to Vancouver’s beach logs?

The logs haven’t all vanished yet. “All beaches that have logs still have at least one row, some two,” said the parks board.

“As for the remaining logs – we’re just putting some further thought into how they’ll be spread out in future based on what we learned during the pandemic and in consulting with the Persons with Disabilities Advisory Committee.”

What do you think? Should Vancouver’s beaches have more or fewer logs?