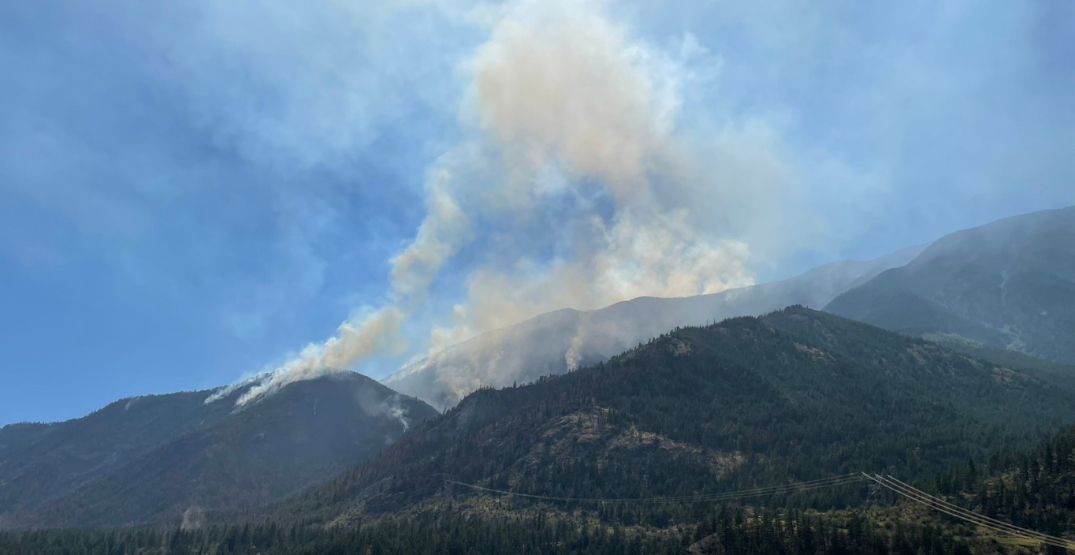 People in Metro Vancouver may be breathing a sigh of relief now that the heatwave has ended but for many in the rest of the province, the impact of those scorching temperatures is still top of mind.

More than 80 wildfires were sparked over the BC Day Long Weekend and several of them are burning out of control.

In the Kamloops Fire Centre, firefighters are actively battling four Wildfire of Note, three of which were sparked in the last week alone.

Crews have been called in to protect homes and people threatened by the Maria Creek, Nohomin Creek, Keremeos Creek, and Watching Creek fires and some evacuation orders and alerts have been put in place.

On Tuesday, the Watching Creek fire was classified as out of control by BCWS as it burns northwest of Kamloops.

A combination of high temperatures, steep terrain, and increased wind activity created more intense fire behaviour which required crews on the ground to be evacuated by helicopter. 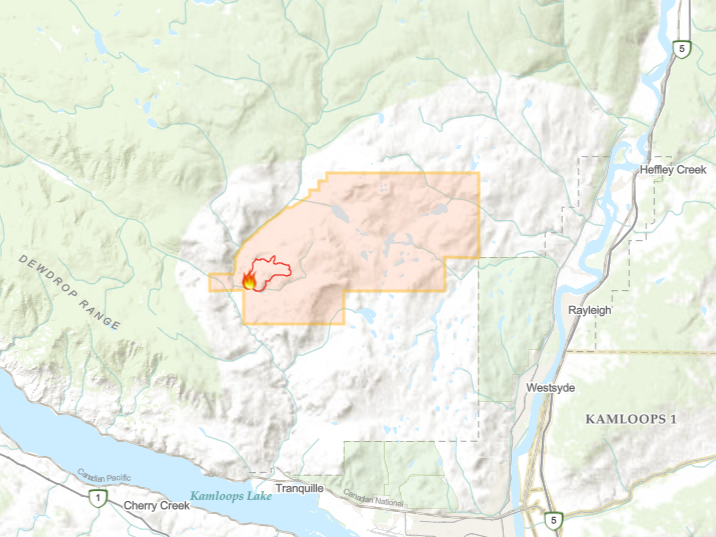 The BCWS classifies a wildfire of note as one that is either highly visible or poses a potential threat to public safety. 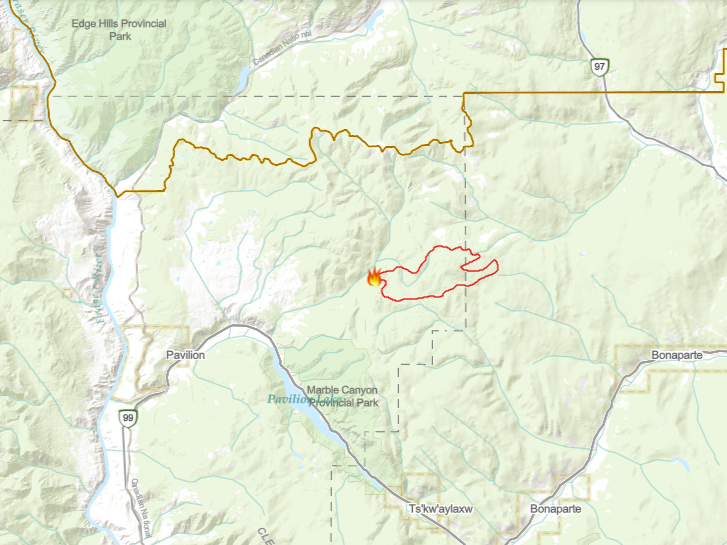 The Keremeos Creek Fire near Penticton is about 2,790 hectares wide. Within a week it spread approximately 21 kms. More than 144 emergency crew members are on site, trying to extinguish the fire.

Fears are mounting in southern BC’s Lytton and Penticton communities over the wildfire threat. The Regional District of Okanagan-Similkameen has issued evacuations orders for southern Sheep Creek Road, north of Olalla, and Highway 3A as a result of the risk that the fire could shift. 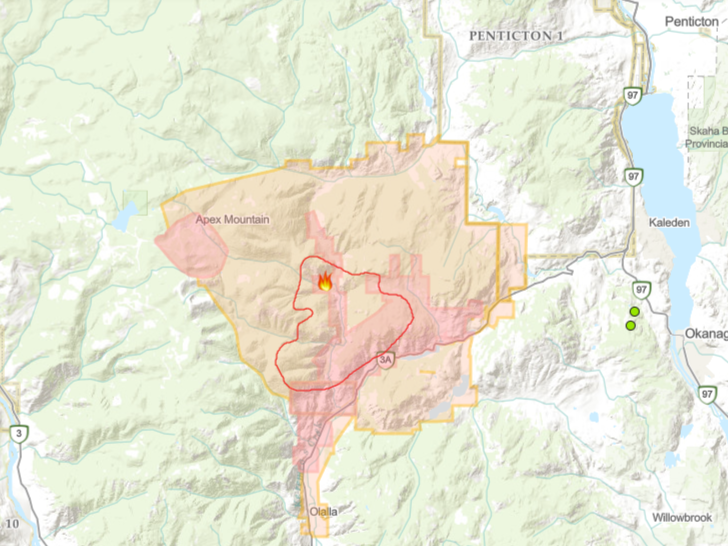 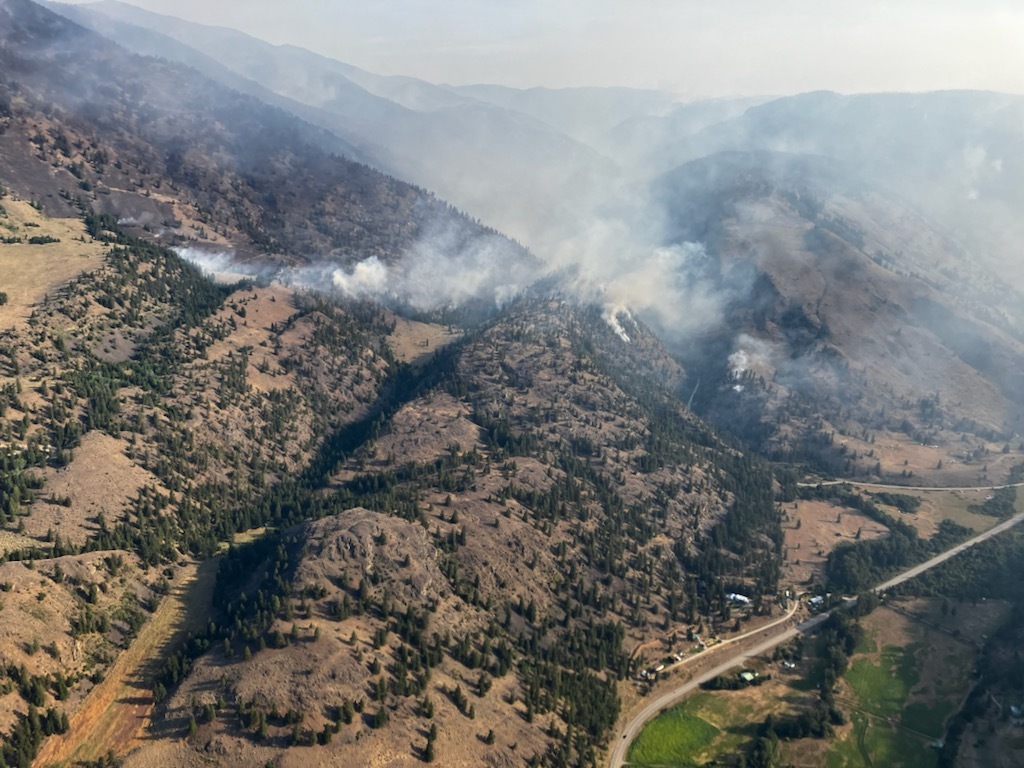 Another widely visible fire is in the Thompson-Nicola Regional District, which is close to Lytton. The Nohomin Creek Fire started on July 14 and a state of local emergency was issued after the fire destroyed six houses. Now, it has stretched across approximately 3,162 hectares with more than 79 on-site personnel. 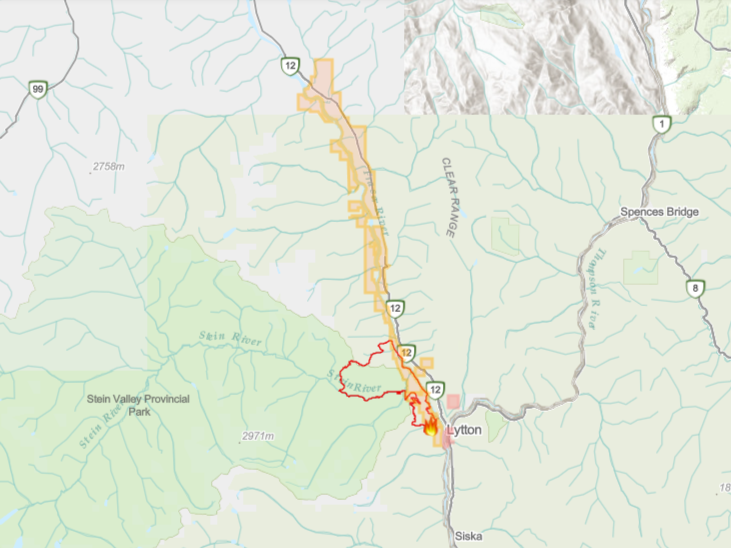 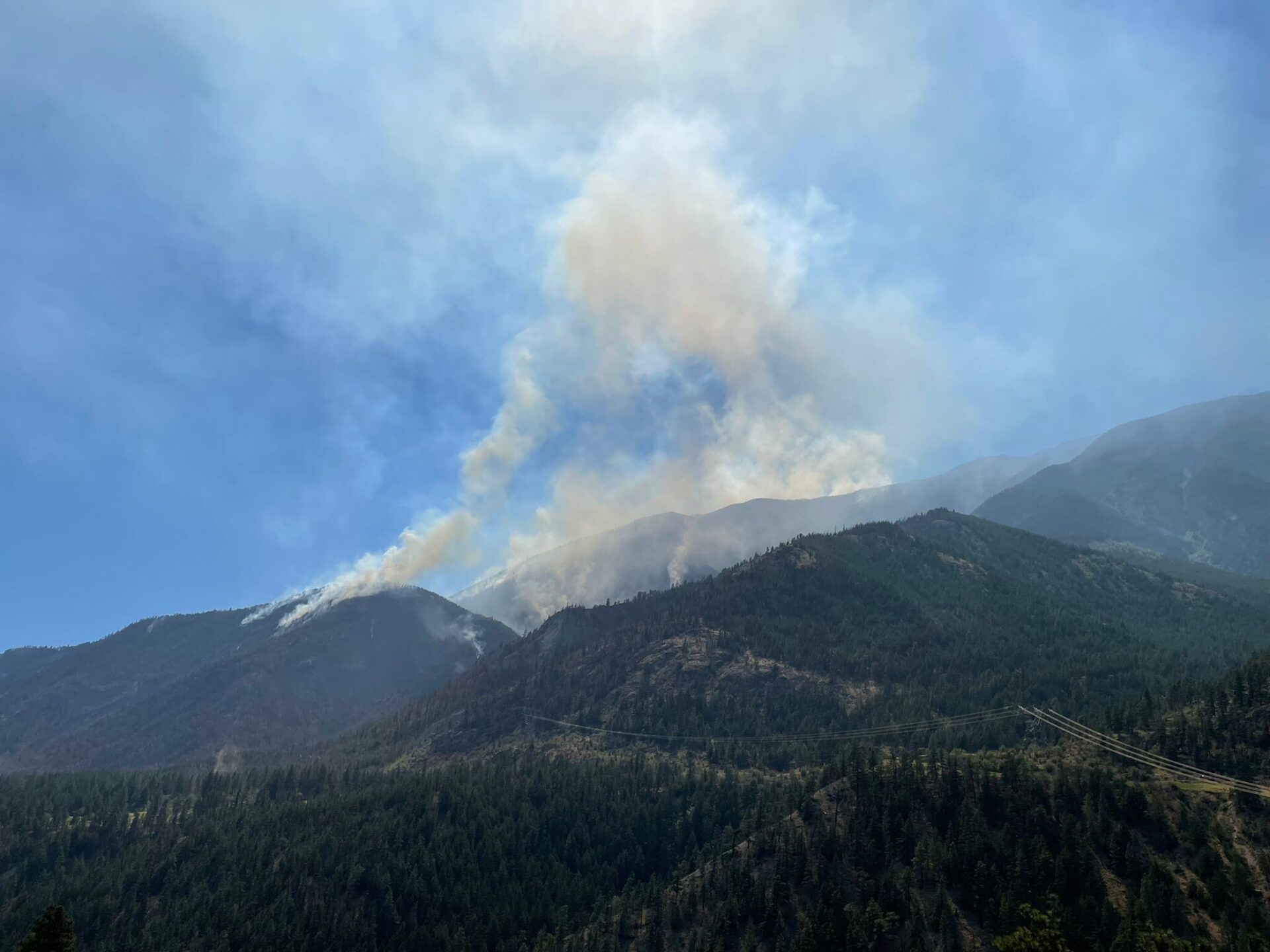 Lytton broke a 13-year-old record as it peaked 41.1˚C last week, making it the second hottest place in the province on Thursday, following Osoyoos at 41.2˚C.

For additional information on wildfires, visit the BC Wildfire Service portal.