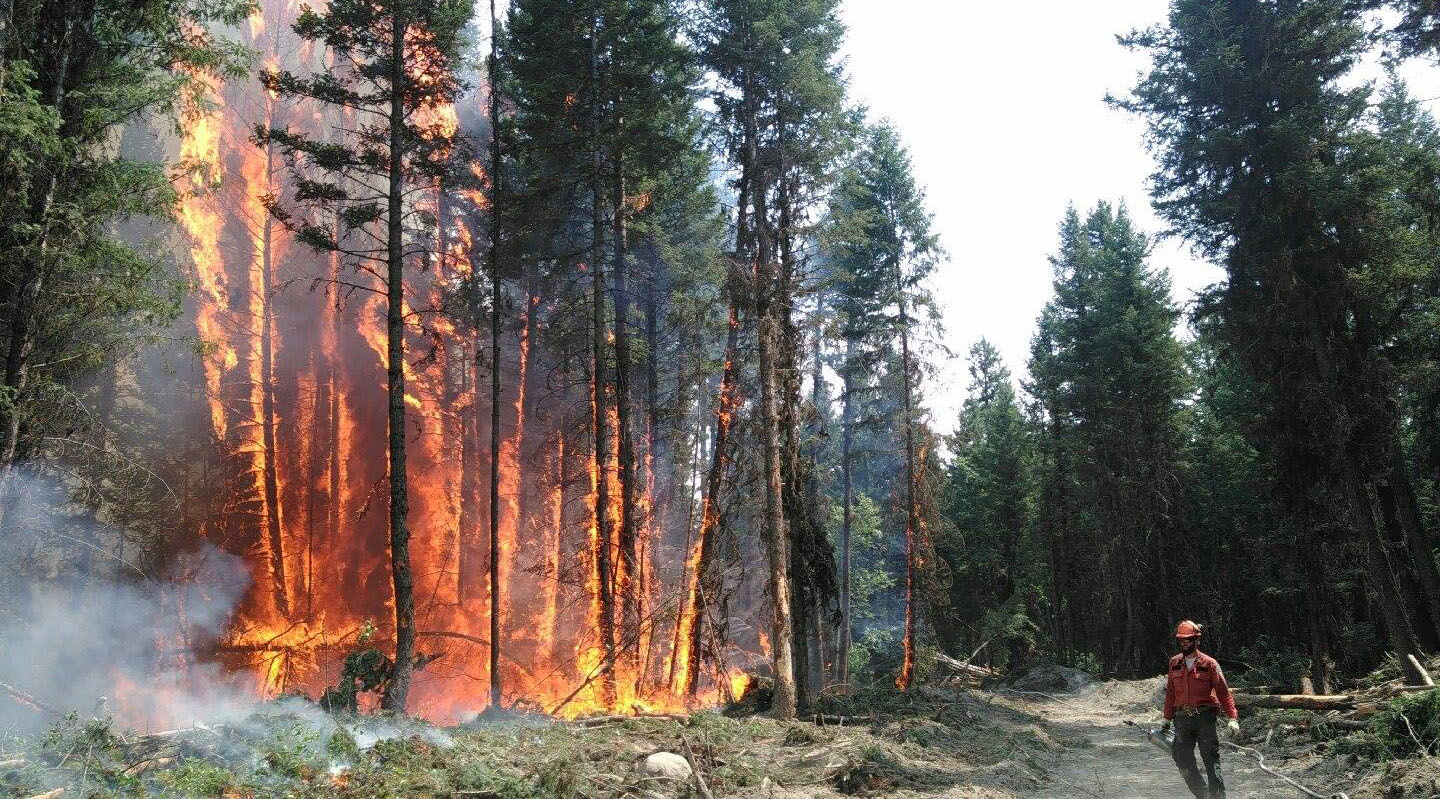 Smoke from the wildfires burning in British Columbia has spread throughout the interior, even reaching Vancouver – and now it’s also visible from space.

According to the latest update from Kevin Skrepnek of the BC Wildfire Service, there are 159 wildfires burning across the province, including 27 major fires.

Some 15 of those major wildfires are threatening communities in BC, said Skrepnek. Some 40,000 people have been evacuated so far.

And the latest satellite images published by NASA show just how serious the situation is.

This photo, taken on Saturday, July 15, clearly shows the plumes of smoke rising from the burning forests north of Kamloops: 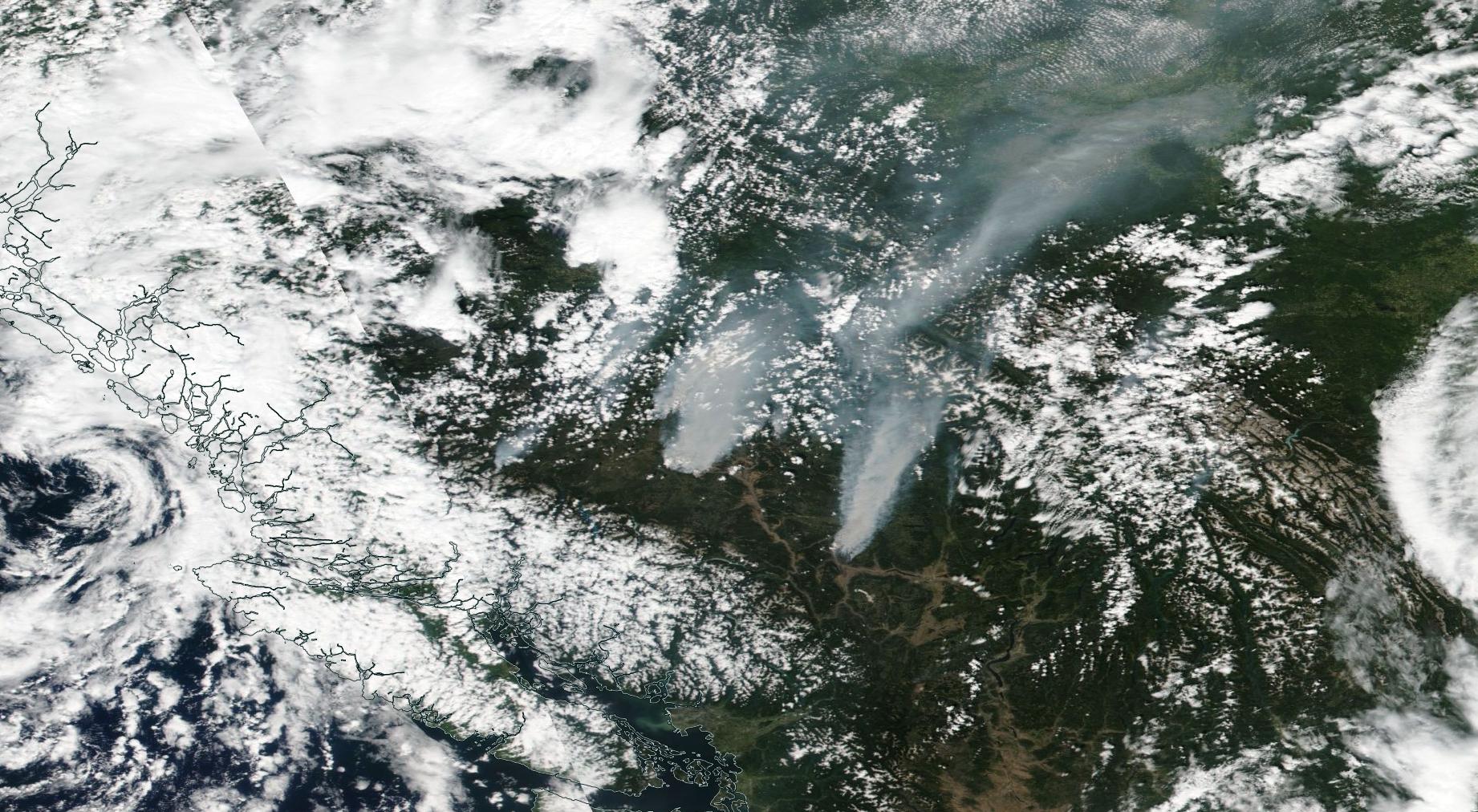 And this photo taken on Monday, July 17, shows the smoke hanging over the province. 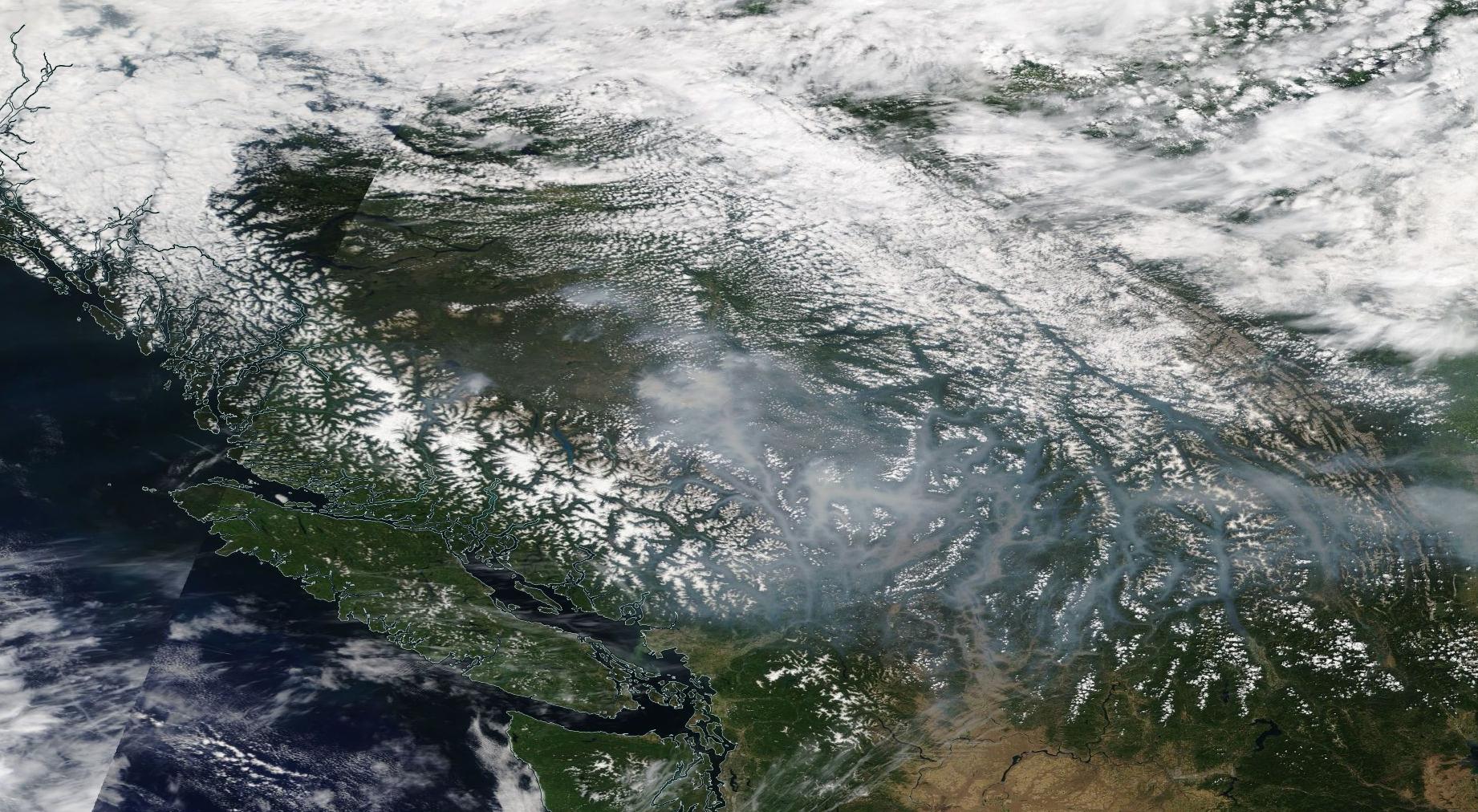 Some 3,000 people are helping the BC Wildfire Service, said Shrepnek, including firefighters, support staff, 450 people from other provinces, and 1,000 forestry contractors.

There are also currently 206 aircraft, including helicopters and air tankers, around the province being used to help put out the fires, said Skrepnek.

On Wednesday, 50 specialist and support workers from Australia will also be assisting efforts to put out the wildfires across the province.

The BC Wildfire Service has responded to 657 fires since April 1 this year, which have burned at least 188,000 hectares of land, said Shrepnek.

The cost of fighting the wildfires this year currently stands at $90 million, according to the BC Wildfire Service.

For a live map of the wildfires burning around British Columbia, check the BC Wildfire Service Active Wildfires Map.