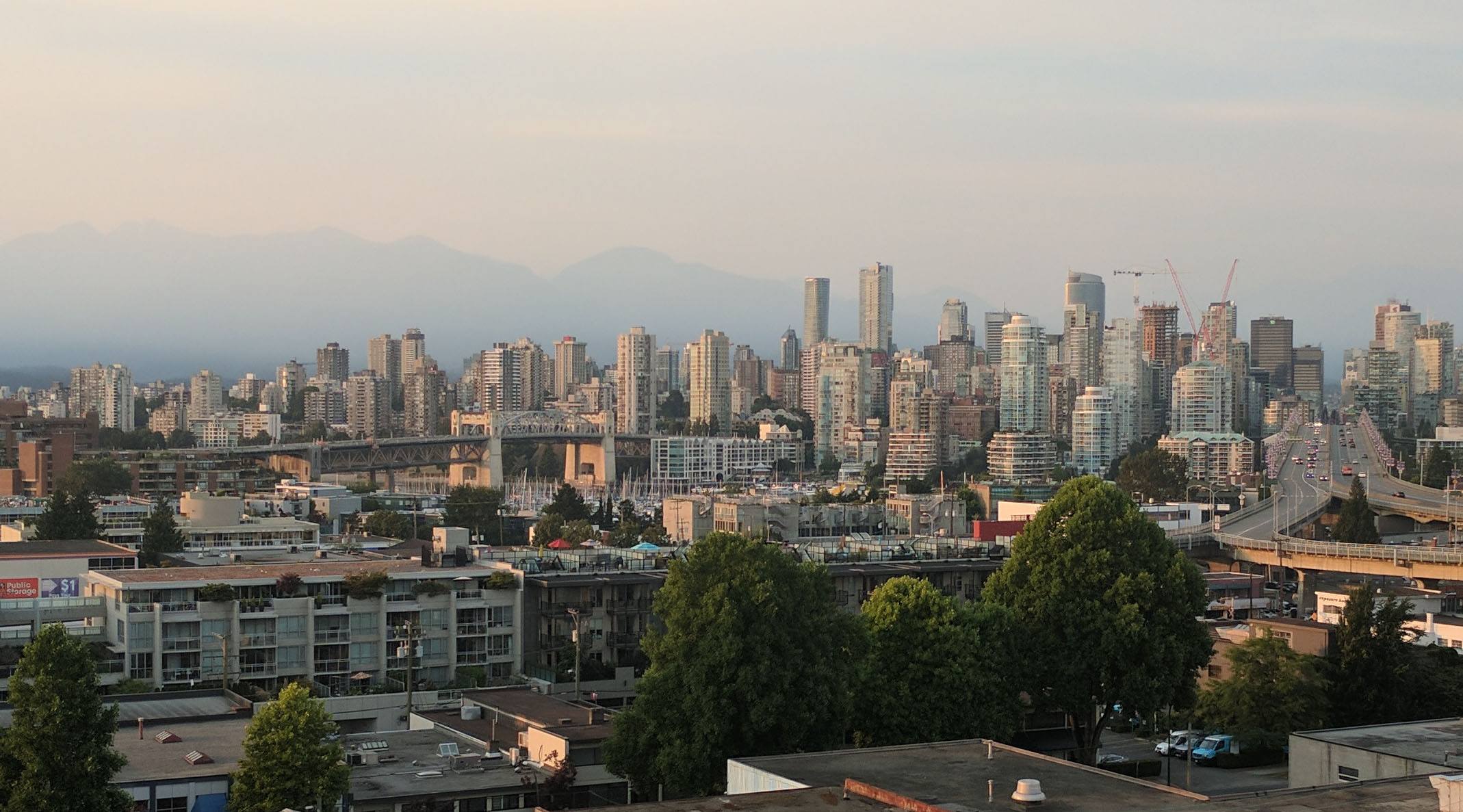 Noticed how the mountains are kind of hazy lately?

Well, BC wildfire smoke is to blame, and now an air quality advisory has been issued for Metro Vancouver and the Fraser Valley.

The advisory says the wildfires burning in the BC interior have sent fine particulate matter, also known as PM2.5, over to Vancouver.

The matter is “primarily smoke” droplets with a diameter of 2.5 micrometres or less– which means it can also easily get indoors.

The nearest large wildfires are in Harrison Lake, Princeton, and Lillooet, with many others in near Dunn Lake,  and in the Fraser Plateau.

“Persons with chronic underlying medical conditions should postpone strenuous exercise until the advisory is lifted,” reads the advisory.

“Exposure is particularly a concern for infants, the elderly and those who have diabetes, and lung or heart disease.”

The following advice is being issued:

And if you have chronic underlying medical conditions:

The advisory says the smoke is expected to remain for at least 24 hours, or until there is a change in the fires burning or the weather patterns.

For a live map of air quality around Vancouver, check out the Metro Vancouver AirMap: gis.metrovancouver.org/maps/Air

For a live map of the wildfires burning around British Columbia, check the BC Wildfire Service Active Wildfires Map.

Here are some photos of the wildfire smoke hanging around Vancouver over the last day:

The smoke from the BC interior wildfires has made it to the coast. #bcwildfires #bowenisland #smoke #sunrise

A hazy sunset as smoke from the BC fires reach the coast. Thinking of all those affected, evacuated, those on the front lines and behind the scenes coordinating the efforts, organisations and volunteers who are helping the 2 and 4 legged evacuees. ❤️ . . #bcfires #bcwildfires #smoke #smokeyskies #sunset #ckud #nightsky #skyline #nofilter

The smoke from the interior BC wildfires has now arrived on the coast. Thankfully some evacuees will soon be able to return to their homes. The news isn’t so good for many other thousands of residents affected by the wildfires. I made a donation to the Red Cross the other day. Any amount will make a difference, so I encourage others to make a donation. My thoughts are with those affected and involved, including the many hard working, tireless firefighters. Stay safe!