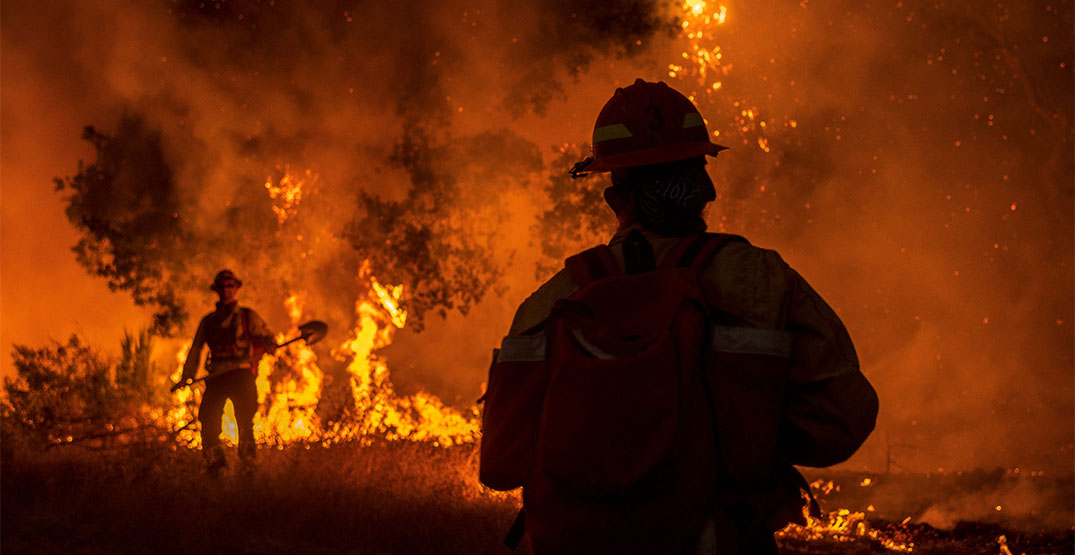 Firefighters work to contain one of California's 2020 wildfires (StratosBril/Shutterstock)

The BC Wildfire Service says 16 of its members have tested positive for coronavirus after returning from a mission fighting bushfires in northern California.

All 429 BC firefighters sent to California and Oregon had to complete hotel quarantines when they returned. The latest batch of firefighters to return came back on October 17, and they’re still completing their quarantine, BCWS spokesperson Forrest Twoer told Daily Hive.

“BC crews that were deployed to the US were working separately from American crews in their own ‘bubble,'” Tower said.

The 16 current infections are the only cases the service has seen all summer in crews who went down to help.

The sick firefighters were part of the 223 who went to northern California to battle the North Complex wildfire in the Plumas National Forest. Their assignments included creating fire breaks and patrolling perimeters to ensure fire control.