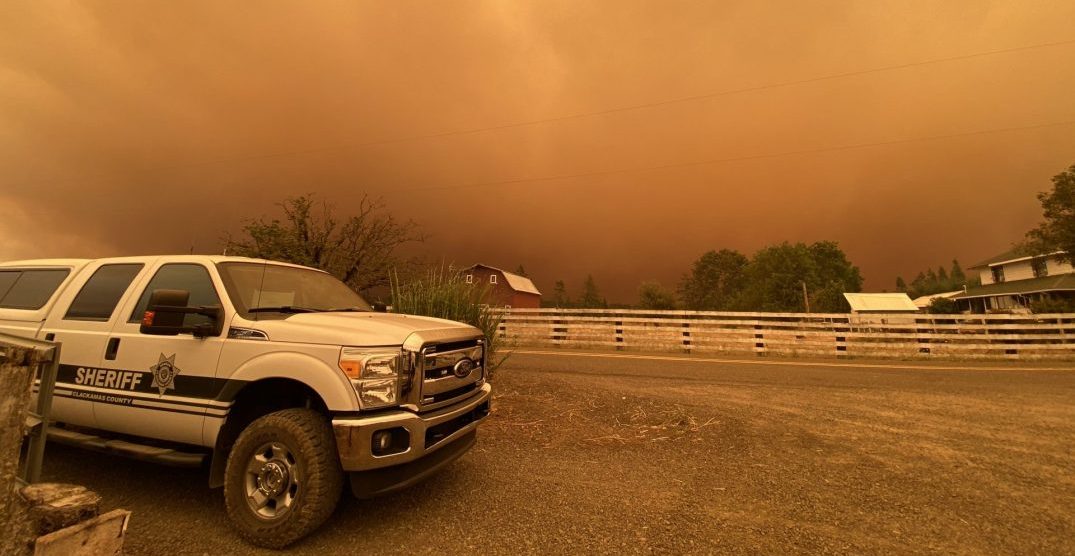 More than 200 firefighters and other personnel from British Columbia are heading to the US to battle the “extreme fire activity.”

BC Premier John Horgan says that more than 800 BC Wildfire Service personnel volunteered to fight the ongoing blazes. The provincial government notes that they’re in direct contact with both Oregon and Washington, adding that there’s potential to send additional personnel in the coming days and weeks.

“Over 800 BC Wildfire Service personnel volunteered to go into someone else’s community and to someone else’s fire to do what they can to make sure people are safe,” said Horgan in a statement.

“That is just extraordinary, and it speaks volumes about our compassion and our commitment to helping each other. I’m very proud of those individuals.”

Fire crews are being deployed to Redmond, Oregon, and will be sent as necessary to assist the dire wildfire situation.

British Columbia adds that due to additional challenges created by the COVID-19 pandemic, firefighters and staff will be “taking extraordinary precautions to safeguard the health of everyone participating.”

All BC Wildfire Service personnel will work and reside within their own bubble and will conduct operations separately from US firefighters. The BC Wildfire Service adds that they’ve been taking extra precautions such as physical distancing and enhanced sanitization since the pandemic started.

The BC government also says that associated costs of battling the fires, including quarantine time when crews return to Canada, are being “covered by the jurisdiction that requested the resources.”

“Sufficient personnel and resources remain in the province to respond appropriately to any fire activity in British Columbia, considering the current and forecasted fire situation.”