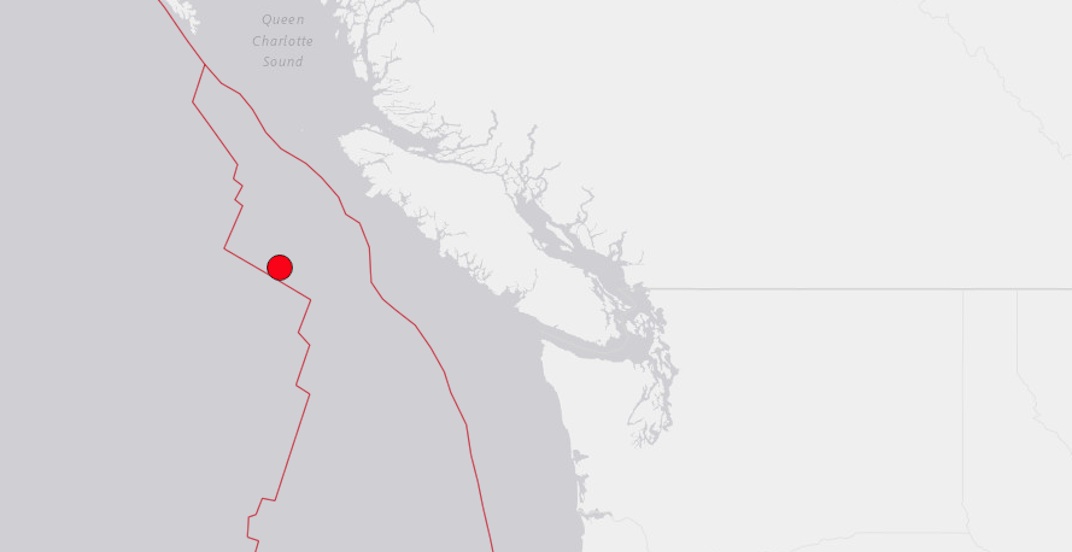 Location of the epicentre of the BC earthquake on Sunday, October 21, 2018. (USGS)

A relatively powerful magnitude 6.6 earthquake was detected just off the west coast of Vancouver Island late this evening, according to the US Geological Survey (USGS).

The earthquake struck Sunday at 10:39 pm PST and had a shallow depth of just 11 kms, with an epicentre located about 218 km southwest of Port Hardy. It occurred on the Explorer Plate.

A second earthquake struck at 11:16 pm PST within the same vicinity, but it had a more powerful magnitude of 6.8.

At 11:36 pm PST, a less powerful aftershock – the fourth earthquake this evening – was recorded in the area. It measured a magnitude of 4.9, the weakest in this series of tremors.

Both USGS and Natural Resources Canada have indicated there is no threat of a tsunami for any of these earthquakes, based on the data the organizations have received. A tsunami warning has not been issued.

This area on the active Explorer Plate, adjacent to the Juan de Fuca Plate, is known for its seismic activity.