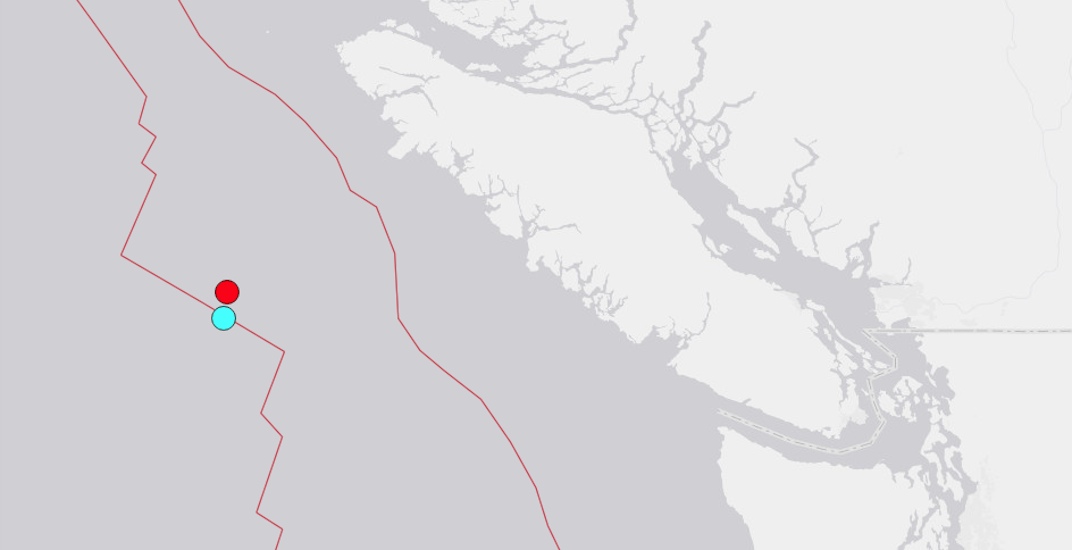 Map showing the locations of the epicentres of the first two earthquakes off the BC coast on October 21, 2018. (USGS)

The US Geological Survey (USGS) has detected a second major earthquake off the west coast of Vancouver Island, just minutes after the initial magnitude 6.6 quake at 10:39 pm PST.

The second earthquake – an aftershock to the evening’s first seismic event – was more powerful with a magnitude of 6.8. It struck at 11:16 pm PST in an area of the ocean located about 197 kms southwest of Port Hardy – approximately 20 kms away from the epicentre of the first earthquake. Its depth was slightly shallower at just 10 kms.

A third potent earthquake was detected in the same area only minutes later at 11:22 pm PST, measuring a magnitude of 6.5 and a depth of 10 kms.

There was also a fourth earthquake at 11:36 pm PST, but it was far less powerful with a magnitude of 4.9 and a much deeper depth of 17.8 kms.

Tsunami warnings have not been issued for any of these earthquakes.