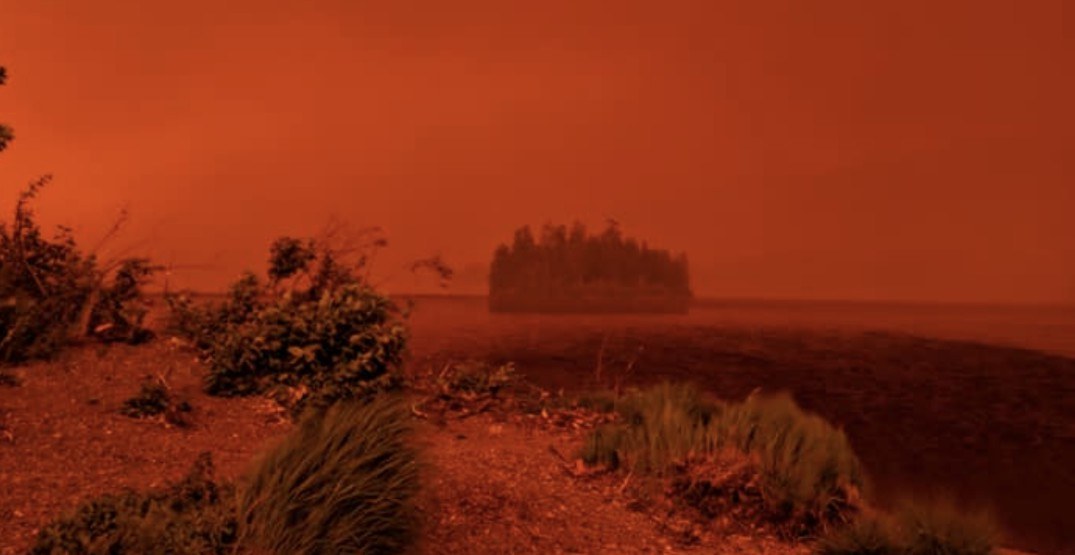 While the smoky skies in Vancouver have cleared up, that is certainly not the case for other regions of BC, where wildfires continue to rage.

The fires in one BC community are so bad that they have painted the skies a reddish-orange, creating a Mars-like effect.

Tracy Calogheros posted video footage she took from François Lake, which is located about 230 km west of Prince George.

“Holy smokes the wind just started,” says Calogheros as she films. The video shows a thick orange haze blanketing the area, making it look like footage taken from Mars.

Calogheros has also posted more photos on social media, showing just how intense the fires are.

Although air quality conditions in Metro Vancouver have drastically improved, there are over 450 fires still burning in BC. To learn how you can help communities and residents affected, check out this list of charities accepting donations.