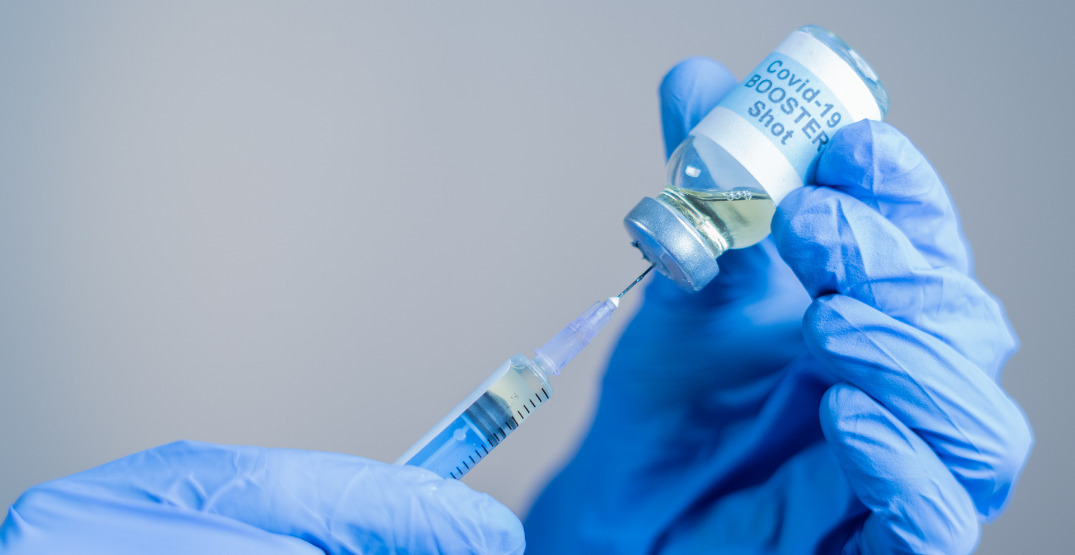 BC health officials revealed new stats on the COVID-19 booster dose program and when you might be able to get yours.

On Friday, the National Advisory Committee on Immunization (NACI) released its recommendations on COVID-19 booster doses. The recommendations, Provincial Health Officer Dr. Bonnie Henry suggests, align with the approach BC has taken with vaccine distribution so far.

COVID-19 booster doses will be scheduled on a priority basis. Those most vulnerable in BC will have the opportunity to receive the booster first. Approximately 500,000 booster doses have already been administered to vulnerable groups to date.

Health officials say anyone who wants a booster dose would be eligible to get it six to eight months after receiving the second dose of a COVID-19 vaccine.

After the preliminary high priority group has gotten their boosters, the next group scheduled to receive their invitations is the 65+ age group, who will be invited for a booster shot by the end of the week.

Those 65 and under will be invited to receive a booster in early 2022, with invitations expected to go out in January, February, and March. This aligns with what BC health officials announced in October of this year.

“So please wait for your invitation; it is coming,” said Henry.

For the time being, health officials will continue to monitor data for the 12 to 17 age group in order to determine whether a booster dose is needed.

According to Henry, research suggests most people with strong immune systems still have adequate protection from the vaccine six to eight months after.

Henry confirmed that the AstraZeneca vaccine has been known not to provide a strong and long-lasting immune response. As a result, Henry said, quite a few people who received AstraZeneca were given a booster dose six months after receiving an entire course of the vaccine.

“There’s increasing evidence that waiting that extra bit of time, up to eight months, gives longer-lasting protection from the booster dose as well,” Henry added.