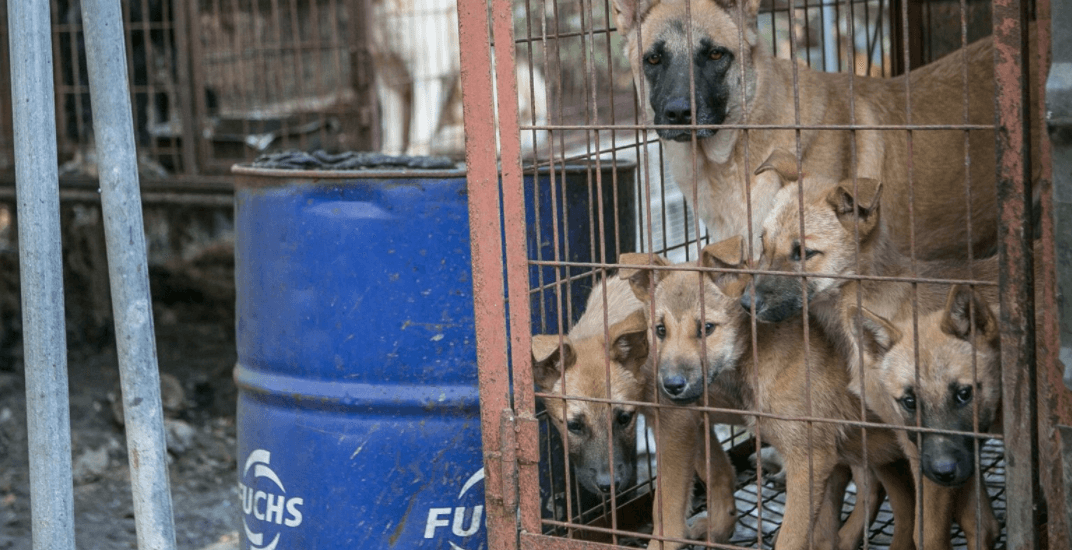 Th BC SPCA recently rescued 16 dogs that were being held in distress.

The dogs – which included German shepherds, a Yorkshire terrier, a retriever, bull terriers, poodles, Portuguese water dogs, a Pekingese, corgi-border collie crosses, and miniature pinschers – were seized from a property in Quesnel, a small city located in the Cariboo district of British Columbia.

According to the BC SPCA, the dogs were “kept in crates too small for their size in a poorly ventilated area, with little or no access to water and with faeces and urine-soaked matting.”

Owners Karin and Catherine Adams are a mother and daughter who are known to the SPCA. The two individuals have a prior conviction of animal cruelty which began in 2015 after an earlier investigation.

Their prior sentence, however, included a 20-year ban on owning animals, which the two have broken.

Marcie Moriarty, Chief Prevention and Enforcement Officer for the BC SPCA explains that while it’s “extremely frustrating that [they] deal with repeat offenders, particularly those who breach the terms of their sentencing, [they] are pleased that these dogs are now safe and getting the attention and care they need.”

Further investigation into the case is still ongoing and the BC SPCA will be recommending newer, additional charges of animal cruelty.

Both Karin and Catherine Adams will face additional charges for violating the conditions of their earlier sentence.