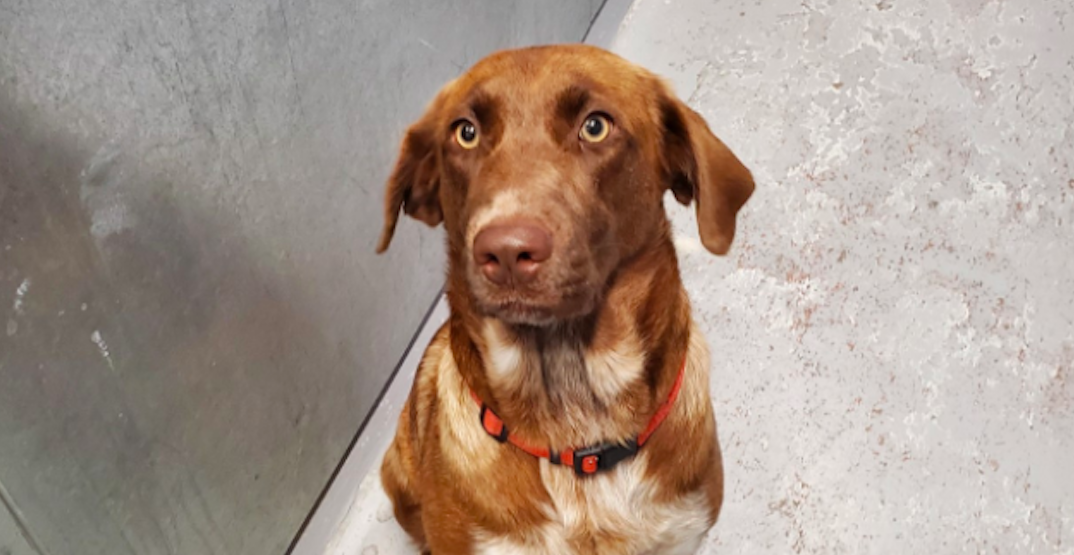 A mother dog who was beaten and force-fed drugs and alcohol is now in the care of a foster home alongside her 10 puppies, after being rescued by the BC SPCA.

According to the agency, she and her puppies were rescued following a search warrant that was executed after “a concerned citizen called in to report seeing the four-year-old German short-haired pointer being abused and [force-fed] drugs and alcohol by her owner.”

The citizen also reported seeing the owner physically abuse one of the puppies.

Following the rescue, a a veterinarian conducted a medical check, “which revealed fractures and scarring, evidence of past abuse,” the BC SPCA said. A toxicity test was also done, confirming toxic ingestion. The dogs were then taken into the care of the BC SPCA in Prince George.

“Mama dog loves humans,” said BC SPCA Animal Welfare Officer Rachel Cook. “She wants to sit on your lap. She wants to hold hands with her paw. She’s just so sweet.” 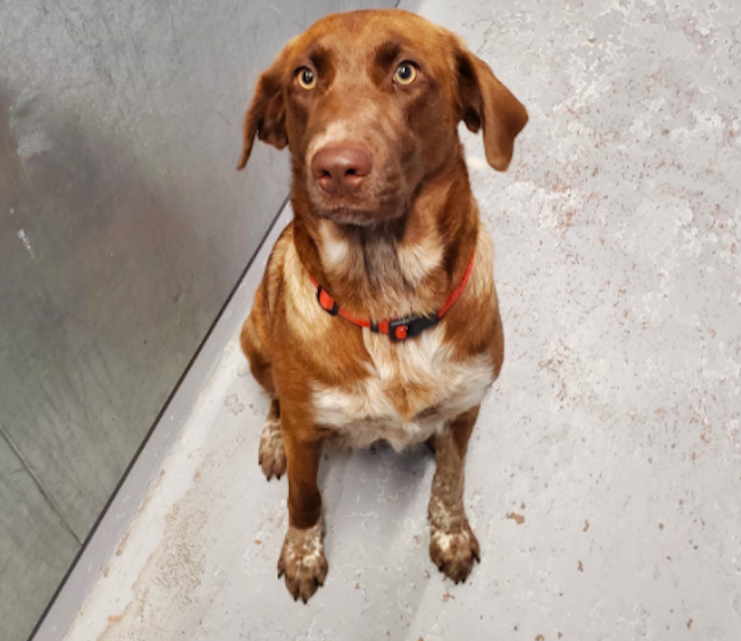 The rescued mother dog (BC SPCA)

Alex Schare, manager of the Prince George SPCA, said the SPCA’s cruelty investigations team is important in cases like these: “If it wasn’t for them this dog would likely still be in this very bad situation with her puppies, and both her and their welfare would be poor. She deserves great treatment and that is not what she was getting before.”

Currently, the mother dog and her two-week-old puppies are in a safe foster home, where “they are doing well,” according to the SPCA. “All 10 puppies are currently thriving and gaining weight and have just opened their eyes.” 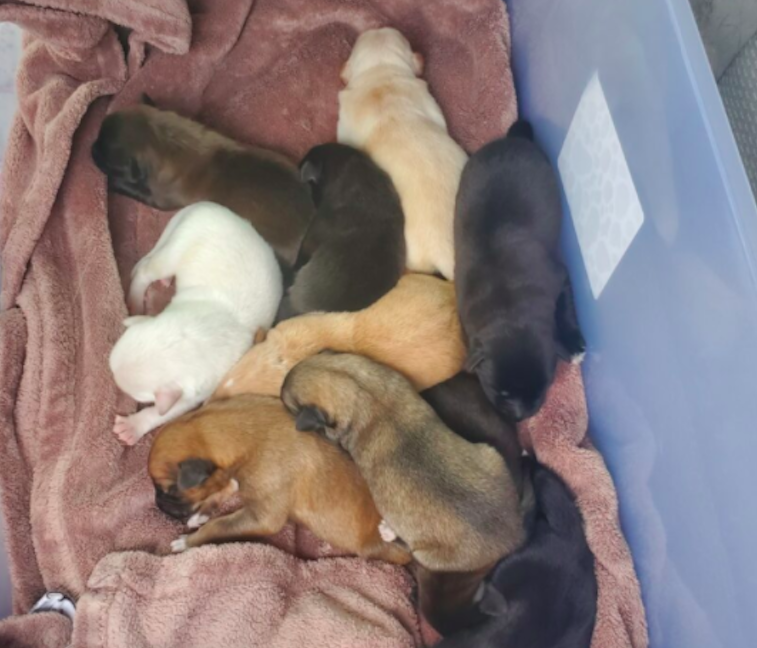 The rescued puppies (BC SPCA)

“She is doing well and doing such a great job looking after her babies. She is going to make a great family dog in a few months,” said Cook. “They’ve been through a lot. We’re so proud of them.”