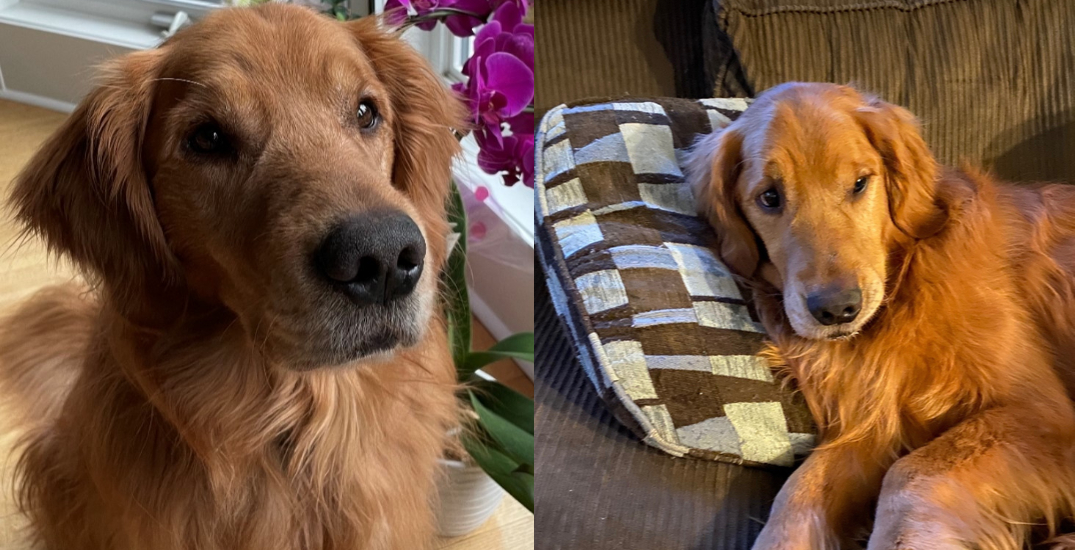 A North Vancouver woman is hoping to raise awareness of cannabis toxicity in dogs, an issue that has become increasingly common.

Three weeks ago, Cathy Tostenson was making herself something to eat after taking her Golden Retriever, Wilson, out for a walk.

Instead of bugging her for a bite, though, the five-year-old dog stayed on the couch. This was an unusual move for the snack-loving pup, so Tostenson took a closer look at him.

It was then that she noticed his head was swaying back and forth. He was barely able to get up when she called him over, and he collapsed when he finally made it off the couch.

Wilson was visibly shaking, sensitive to light, and bothered by sound. Tostenson immediately flashed back to an incident with her other dog two years prior.

“Sadly I had seen all these symptoms before,” Tostenson told Daily Hive. “I knew right away that he had ingested some type of cannabis.”

Wilson was whisked to the emergency clinic at Mountainside Animal Hospital, where a vet confirmed her suspicions.

He was given charcoal tablets and sent home after a few hours, but Tostenson said it took nearly a day for Wilson to be himself again.

“It was heartbreaking and so upsetting,” she said. “The left side of his face was drooping. One of my friends said it looked like he’d had a stroke.”

“A dog’s sensitivity to THC is much, much greater than ours,” Westcott said.

“Recreational use is increasing, but people aren’t aware of the propensity dogs have for seeking it out.”

The chemical compound is “extremely toxic” for pets, according to the clinic.

It can cause balance problems, irregular heartbeat, breathing issues, and incontinence. Although rare, it can sometimes be fatal.

To draw attention to the issue, Tostenson is in the process of creating signs she hopes to have placed throughout local parks and trails.

Her intention isn’t to be preachy – she clarifies she has no issue with marijuana use – she just doesn’t want any pet owner to go through the terror she’s now had to face twice.

“I don’t think anyone is doing this intentionally, but we really need to make people aware of the seriousness of the situation,” she said.

“Take it with you, don’t leave [your joints] in a forest or on the beach. We need to make things safe for our four-legged fur-babies. No one want to lose a beloved pet.”