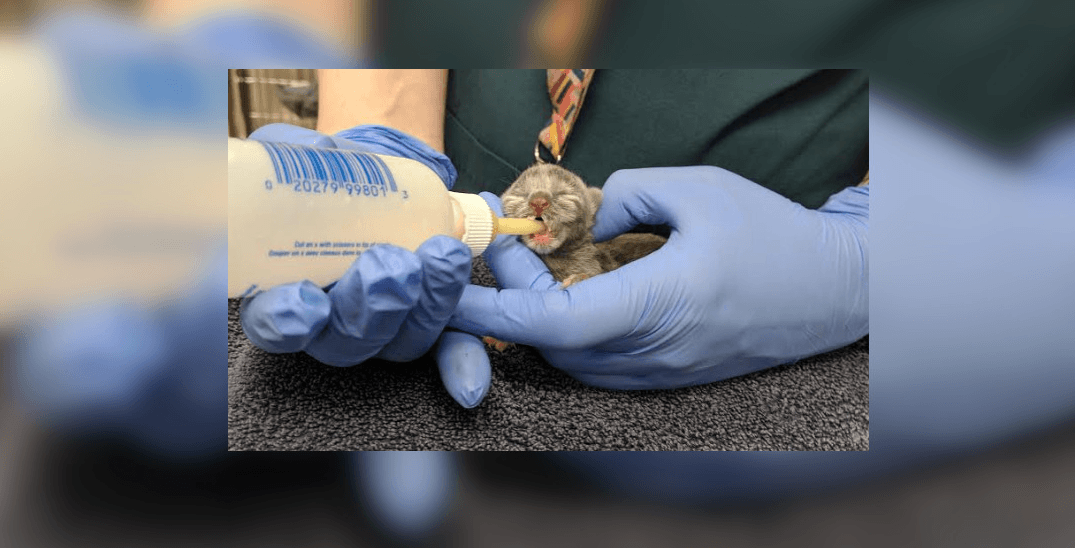 Following the discovery of two kittens in a Vancouver dumpster who died shortly after being rescued, the BC SPCA said it has now identified the person responsible for tossing them out like garbage.

The kittens – who were just days old when they were found – were suffering from hypothermia and dehydration when they were discovered in a trash bin inside a secured parking area at 1040 Pacific Street on April 19.

The BC SPCA was alerted by a passerby who heard sounds coming from the bin. The animals were rushed to an emergency clinic and treated, but did not survive.

“They were too weak and compromised to survive,” said Eileen Drever, senior officer of protection and stakeholder relations for the BC SPCA.

“This is an absolutely heartbreaking case, where two innocent animals were thrown out like trash to die.” She said the kittens were tied inside a plastic shopping bag that ironically read “Love You.”

An investigation was launched, and on Monday, the animal welfare organization announced it had identified the person responsible for the incident.

“While we cannot share further details at this time, we can confirm that we have identified the individual responsible and will be recommending charges to Crown counsel,” said Drever.

“It is heartbreaking to think that the two innocent little animals died needlessly,” she added. “There is always support available from SPCA shelters and rescue groups – it is not acceptable to throw unwanted animals away like garbage.”

Drever noted that anyone convicted of abandoning an animal faces a maximum fine of $75,000 and up to two years in jail.