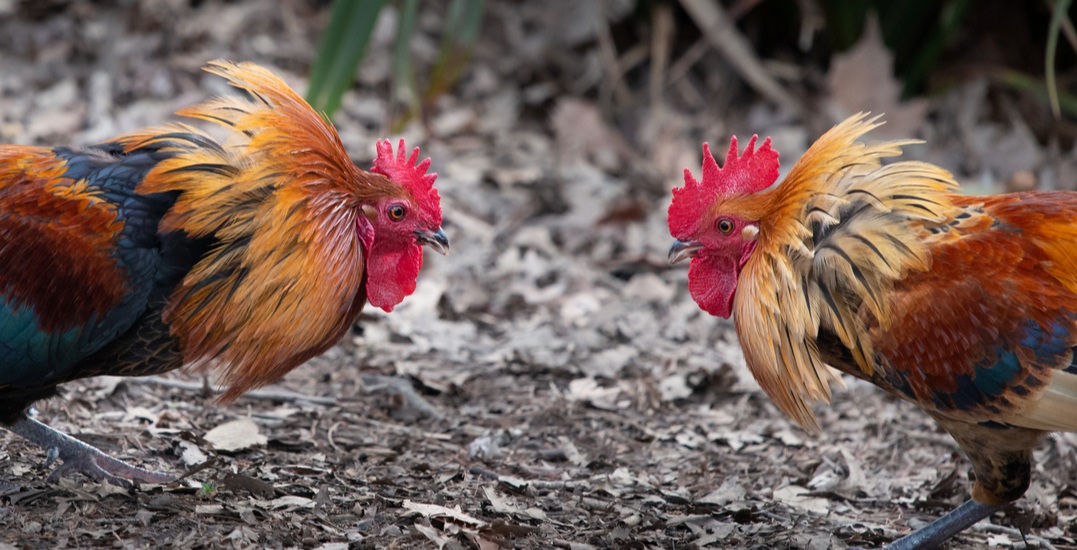 BC SPCA officials obtained and executed a search warrant over the weekend over allegations of cockfighting in Surrey.

According to Marcie Moriarty, chief prevention and enforcement officer at the BC SPCA, the organization obtained the warrant on Saturday for a property located near 166th and 50th Avenue.

The warrant was obtained under the grounds of Bill C-84, which finds any sort of participation in animal fighting to be a criminal offence.

“The new legislation enabled us to move forward with this warrant,” she writes in an email to Daily Hive.

Moriarty says that the BC SPCA did not seize any birds, however, they seized evidence from the property. At this time, they’re working to determine whether an offence to the criminal code has been made.

“At this stage, it is too early to identify individuals or specific recommendations for charges.”

If a person is convicted for animal fighting, they face a fine of up to $10,000 and up to 18 months in prison. Should a second offence be made, they face up to five years in jail.