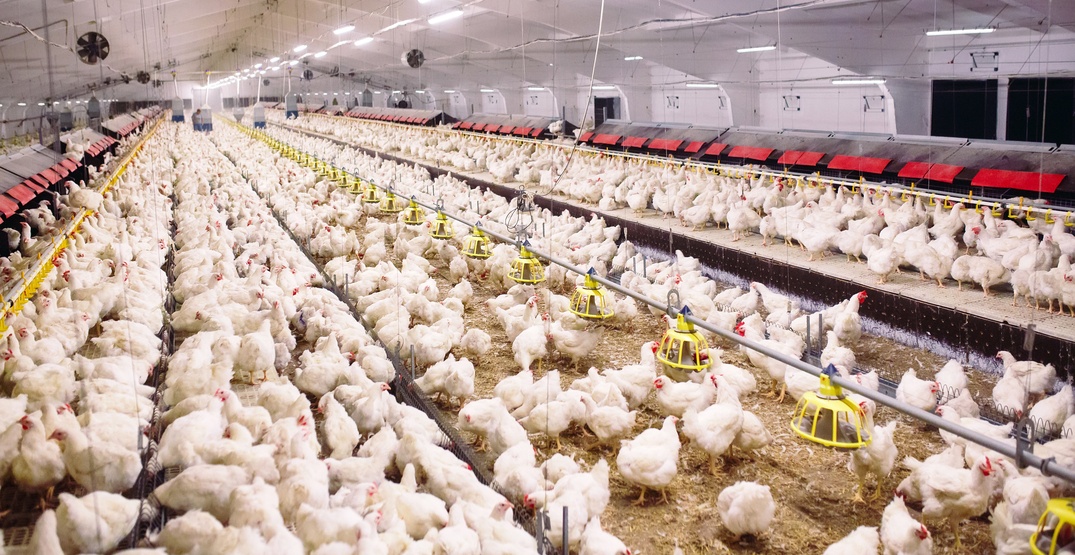 The BC SPCA is investigating further allegations of animal cruelty against a Chilliwack poultry company that was involved in another abuse case in 2017.

According to Marcie Moriarty, chief prevention and enforcement officer for the BC SPCA, the organization is “investigating another situation where chickens have allegedly suffered as a result of what appears to be a blatant disregard to adherence of the industry’s own agreed-upon standards of care and a failure to either comply with or put in place processes to ensure this type of suffering does not occur.”

“When we carried out our investigation last year, the public was rightfully outraged and sickened by the images of the violence and torture inflicted on these helpless animals,” said  Moriarty.

“This time last year, we heard clear assurances by the industry and Elite that they were committed to ensuring the proper care and handling of their birds.”

However, the BC SPCA says Elite has failed to uphold the Codes of Practice for Poultry as outlined in the Prevention of Cruelty to Animals Act.

“Quite frankly, this new video footage leaves me feeling disillusioned and questioning whether in fact there are sufficient systems in place to ensure the Code of Practice for the Care and Handling of Hatching Eggs, Breeders, Chickens and Turkeys are being upheld,” noted Moriarty.

Following the 2017 cruelty incident, the BC SPCA recommended charges of animal cruelty against Elite Farm Services but it is still waiting for the Crown to approve charges.

According to the BC SPCA, if charged and convicted in this latest investigation, Elite and the individuals involved could face a fine of up to $75,000, a maximum five-year jail sentence, and a lifetime ban on owning or being around animals.