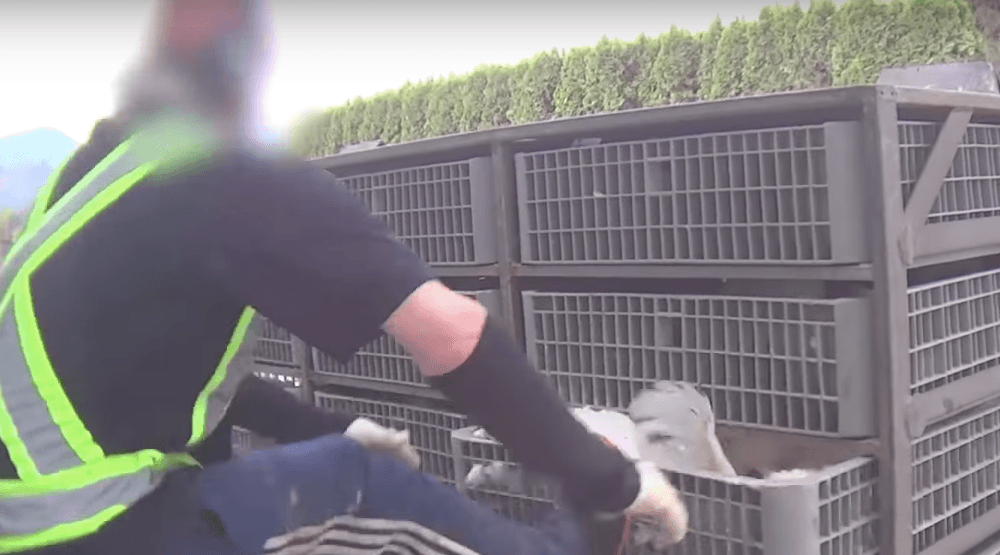 One supervisor and five chicken catchers have been fired after an undercover video surfaced, showing chickens being abused by workers at a farm in Chilliwack.

The video was filmed during the operations of Elite Services, which rounds up and transports chickens to a Port Coquitlam slaughter plant for Lilydale/Sofina Foods.

The dismissed workers were all employed by Elite Services, and all personally tasked with putting chickens into crates for transport.

In a statement, Elite Services president Dwayne Dueck said he was “sickened with the footage and want to ensure all our suppliers and producers that this is not reflective of who we are, our fundamental beliefs or behaviour we accept from our employees.”

The company understands “the severity of this situation and are committed to taking immediate corrective action,” he added.

That action includes the firing of one supervisor and five employees.

In addition, Dueck said, the company is “in the process of establishing an advisory committee to review and assist in enhancing our animal care practices and industry standards.”

The company does not “tolerate or condone” animal abuse and is “committed to fully cooperate with any government or enforcement agency so that corrective measures are taken,” he said. “Elite Services is committed to becoming an industry leader in animal welfare and safety to prevent this kind of a tragedy from ever happening again.”