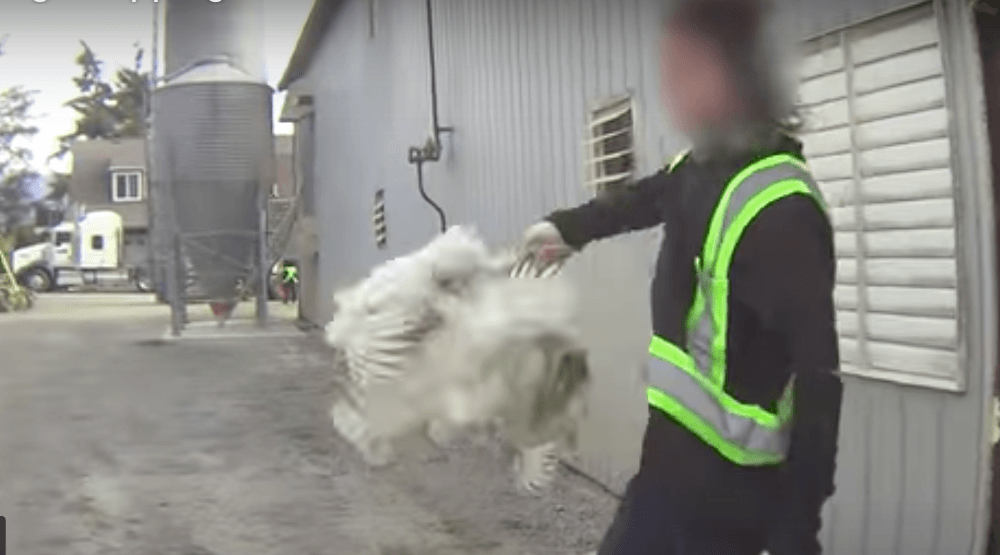 Sofina Foods Inc. has responded to the disturbing undercover video of workers at a Chilliwack poultry farm allegedly abusing and torturing live chickens.

According to a release by the BC SPCA, the video was filmed by Toronto-based activist group Mercy for Animals between May 10 and June 9 at Elite Farms Services Ltd., which rounds up and transports chickens to a Port Coquitlam slaughter plant for Lilydale/Sofina Foods Inc. products.

“Sofina Foods Inc. just reviewed horrifying footage taken with a hidden camera of one of the suppliers that is responsible for catching birds for our processing facilities in British Columbia,” the company said in a release.

“We are appalled and extremely shocked by the video footage we saw of a few of our supplier’s employees displaying disturbing and unacceptable behaviours that Sofina Foods Inc. does not in any way tolerate or condone. Ethical and responsible treatment of animals is of utmost importance to our organization.”

The BC SPCA received the video on Friday, and it reportedly shows workers and even a supervisor carrying out appalling acts, including ripping live and conscious chickens apart and stomping on chickens.

The statement by Sofina Foods Inc. says that it is taking immediate action.

“We are taking immediate steps with our supplier to initiate a comprehensive investigation of the situation and have engaged internal and external expertise to help us determine proper course of action in line with our animal care commitment and expectations. ”

The company says they have been in touch with the owner of the supplier company and requested that all of the supplier’s employees involved in the abusive behaviours be dismissed immediately.

“Sofina Foods Inc. will fully collaborate with all authorities who may want to take action with respect to these behaviours.”