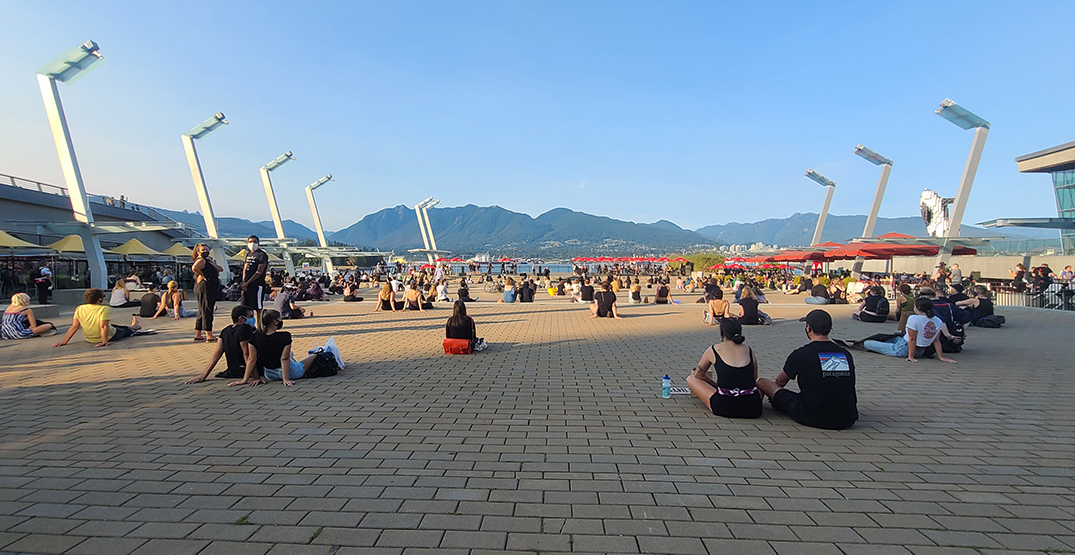 Organized by Black Vancouver, the event began at 4 pm near the Olympic Cauldron. It included calls to action for BC school districts as well as music and poetry performances.

In an open letter to the BC Ministry of Education posted online, organizers asked schools to better understand the challenges Black students face.

“Like spokes on a wheel, the school system across British Columbia has disregarded, silenced, and left black students unsupported and underrepresented within their classrooms,” the letter said.

Speakers at the demonstration shared stories about how they felt othered or bullied because of their race, and questioned why they weren’t taught more of their own history.

They also demand all incidents of anti-Black racism in schools be properly investigated.

This comes after a human rights complaint was filed last year over the way Lord Byng Secondary handled a racist video circulated among students, and the Vancouver School Board later passed a motion to combat racism and discrimination.

This is the latest Vancouver demonstration tied to the larger Black Lives Matter movement. Earlier this summer, thousands protested George Floyd’s death at the hands of police, there was a Juneteenth march, and an Emancipation Day march that got the day officially recognized by the City of Vancouver.