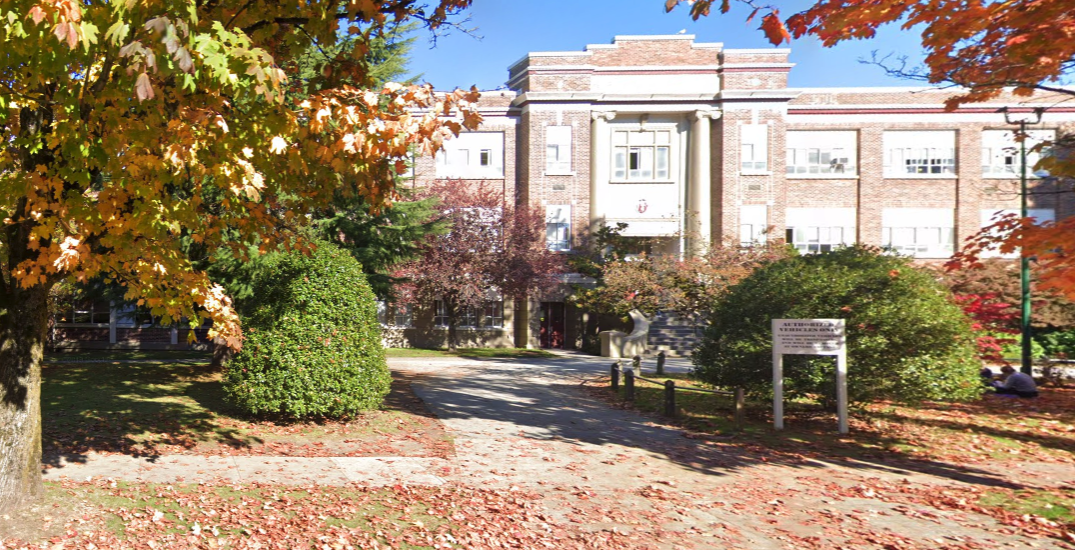 A Vancouver anti-racism group has filed a human rights complaint over the way the Vancouver School Board handled a racist video made by a Lord Byng Secondary School student last year.

Marie Tate with the BC Community Alliance told Daily Hive said she wants to see the VSB implement better restorative measures for victims and implement its own procedures in a balanced way.

The video has since been taken down, but reportedly showed a white student uttering slurs against Black people and stating his desire to line them up and throw an explosive at them. It was initially shared privately, but later made its way to social media.

The video amounted to a “bomb threat” against the Black community, Tate said.

The white student was initially suspended for three days, according to Tate, and has reportedly transferred to a different school. However, two Black students reportedly left Lord Byng much earlier because they felt unsafe.

Tate took issue with Lord Byng’s lack of support for Black students following the incident, including poor communication with students and their families and what Tate calls a “minimization” of what happened. She added the way school officials handled it placed undue stress on the Black students who ended up transferring.

The VSB, police, parents, the BCCA, and representatives from the province, City of Vancouver, and BC Human Rights Tribunal have met regarding ways the board could do better on matters of racism, but Tate said she’s still disappointed at a lack of answers and a lack of movement from the VSB.

The BCCA filed a human rights complaint last week, just before the one-year time limit to file a complaint related to the video expired. Earlier this month, the organization also put a call out for other secondary students who have experienced anti-Black racism to share their stories to create a class complaint.

“We know that this Lord Byng issue is not a standalone issue. This has been going on for a long time and happening to many, many students,” Tate said.

The VSB won’t comment on specific students for privacy reasons, but associate superintendent Rob Schindel said student safety is the board’s first priority and racist or discriminatory behaviour is not tolerated.

“Since the incident occurred, the district and the school have worked with the community to provide the student body with anti-racism education, with counselling opportunities, with individualized support plans, and through the creation of a Byng Secondary Diversity and Inclusion Committee, joined by both students and school-based staff,” he said in a statement.

But according to the BCCA, the board’s actions were poorly executed. Tate said the video incident was poorly addressed at a school assembly that left students confused, and that the Diversity and Inclusion Committee’s first meeting did not address racism.

The BCCA still wants to see the board establish a comprehensive anti-racism policy, adopt a more victim-focused response plan, acknowledge its own mishandling, and do more to tackle what Tate calls a “toxic” culture at Lord Byng.