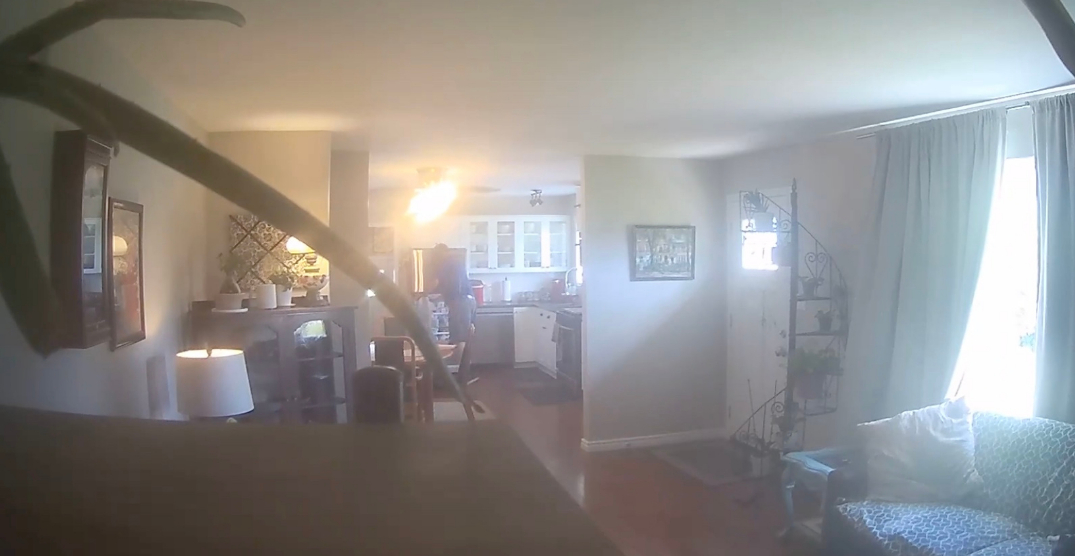 A Kamloops, BC resident got the shock of a lifetime after an incident involving milk and a realtor.

Lyska Fullerton shared her story on Facebook and also shared the video evidence to back up her claims.

Fullerton suggests that the BC realtor in question opened her fridge and drank milk straight from the container and claims he also broke her couch.

The video begins with Kamloops realtor, Mike Rosa, opening some blinds in the kitchen. Rosa was at the Fullerton residence for a showing. The video shows him looking out the window for a moment and strolling around.

He then moves to the fridge, opens the fridge door, and drinks straight from the carton like Fullerton suggests.

Fullerton also thinks that that he was “looking for something else to consume.” The video does show him take a second look after putting the milk back in the fridge in the video.

“If your home was shown by this guy and you have cameras maybe you should check them,” wrote Fullerton.

He then exits through a door in the kitchen.

In her Facebook post, Fullerton claims that the realtor in question also broke an arm of a couch by sitting on it.

In a statement to CFJC Today Kamloops, Rosa offered an apology to Fullerton. CFJC also suggests he was suspended for his actions. Royal LePage Kamloops Realty told CFJC that they will be investigating the situation further.

Fullerton asked her Facebook followers, “So tell me what you would do?”

Let us know in the comments what YOU would do.