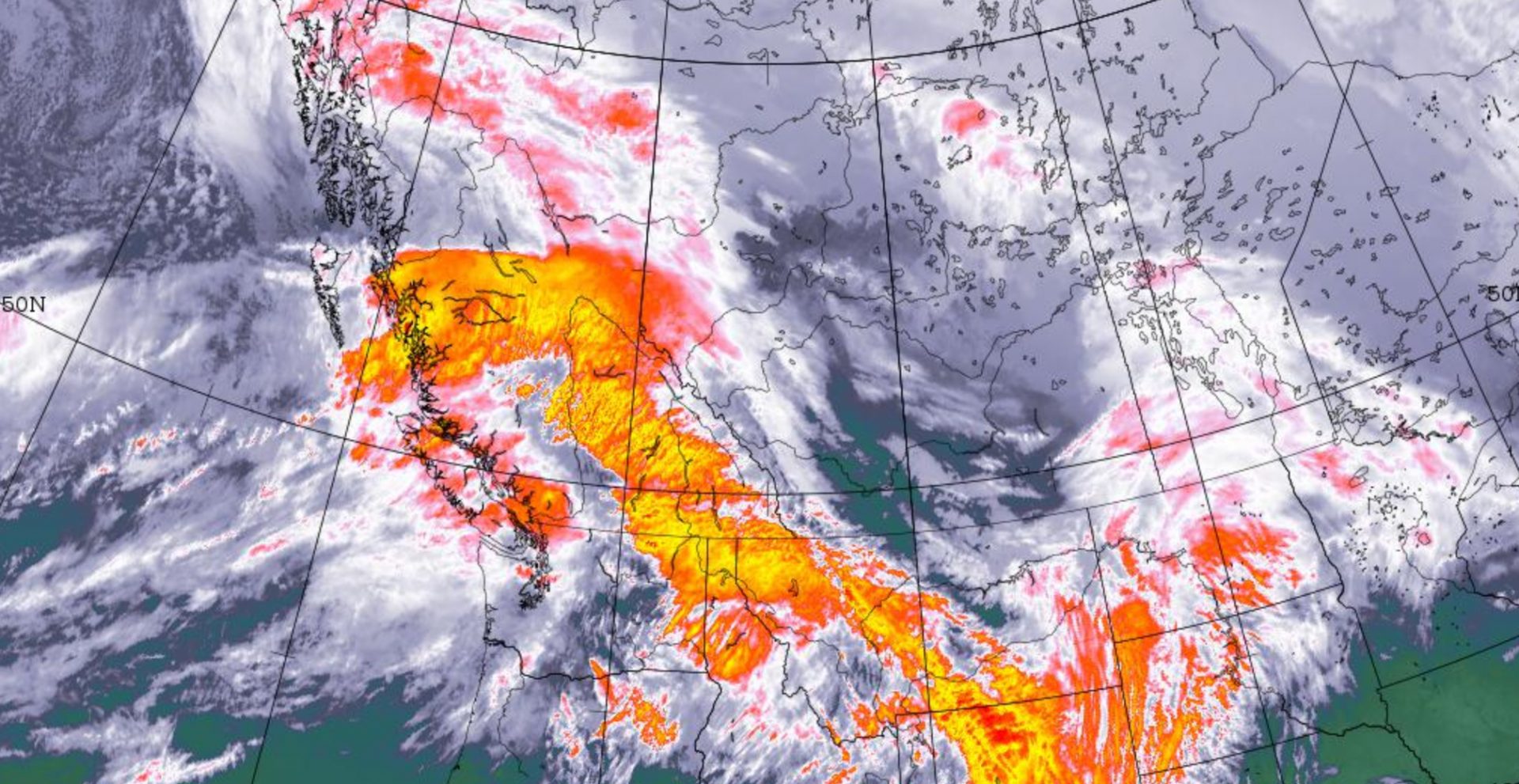 Environment and Climate Change Canada (ECCC) continues to warn the province about potentially dangerous weather headed to the province.

Speaking to reporters in a technical briefing on Tuesday, November 30, ECCC’s Warning Preparedness Meteorologist Armel Castellan shared additional information about the third consecutive storm in a week in BC.

“British Columbia finds itself in the throes of the wettest fall on record for many stations across the South Coast, including Vancouver International Airport, Abbotsford, Victoria, and Nanaimo, and perhaps even others by the time today is over.”

“It’s the third consecutive storm in a week with very little respite between these events,” said Castellan. “So, the effects are cumulative.”

Places like the Fraser Valley are set to receive between 60 and 80 mm of rain.

“Those quantities are going to be perhaps dangerous and impactful. Not only because the rain is plentiful and copious, not only because the freezing levels are extraordinarily high upwards of 3,000 meters above most mountaintops,” said Castellan.

While not every atmospheric river has the same potency, it’s the successive nature of these storms that are of concern.

“There is a lot of uncertainty, and there’s also huge vulnerabilities and exposure to events that are still unfolding,” said Castellan.

“We are hoping that the third isn’t more catastrophic than the second or the first, but we should anticipate that with all this extra moisture, the impacts on the road systems and rail systems with landslides and debris flows is certainly elevated.”

Dangerous weather pattern continues for BC. Please monitor https://t.co/5EyUmCpIBz for any changes to Evacuation Alerts or Orders. #bcstorm pic.twitter.com/ahvEXlkupj

“Currently, we have flood watches in effect for the Central Coast, Vancouver Island, South Coast, Fraser Valley, Fraser Canyon, and into the interior watersheds,” said David Campbell from the River Forecast Centre in an emergency management press conference on Tuesday, November 30.

Metro Vancouver is under rainfall warnings Tuesday, and Vancouver is expected to get an additional 60 mm of rain.

“These conditions really need to be taken seriously,” said Castellan.

We urge everybody to follow the forecasts, listen to the warnings, listen to the authorities for all recommendations for people safety and for the sake of our first responders on the ground.”