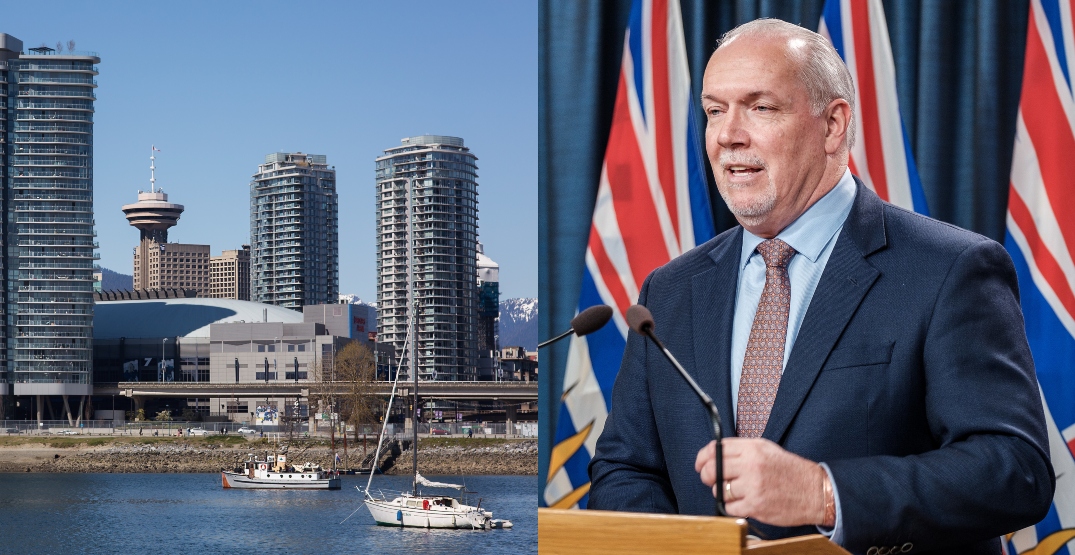 As he tries to win over Commissioner Gary Bettman, BC Premier John Horgan believes Vancouver has one distinct advantage over other potential NHL hub city candidates.

We’ve got the best city, and the players agree.

“What I’ve heard from those who represent players, the view is that if you have to spend a couple of months in one place for the summer, Vancouver would be the place to do it,” Horgan said during today’s media conference. “And that’s not belittling any other NHL cities in North America, but I have a bias to Vancouver.”

He may not want to belittle anyone else, but Horgan’s comment appears to be pointing out an advantage Vancouver has over Edmonton, which is another city the NHL is reportedly considering.

Kenney touted the Alberta capital as the “safest place [the NHL] could find in the continent,” and said the league could have a “protected zone” for players and staff around Rogers Place, the home of the Edmonton Oilers.

On the basis of infrastructure, Edmonton does appear to be the frontrunner. Rogers Place, which opened in 2016, is among the newest and best arenas in the entire league. It also has an attached practice rink, as well as a luxury hotel across the street, which connects to the arena via a covered overhead walkway.

But with all due respect to Edmonton, it is not Vancouver.

Assuming players are not kept in a bubble and are allowed to walk around the city, it would be hard for any city to compete with Vancouver in July and August — even during a pandemic. The seawall is steps away from Rogers Arena while other outdoor activities are plentiful in the city.

As for Horgan’s bold idea of playing all remaining NHL games entirely within the province, he now appears resigned to the fact that games won’t be played in places like Prince George or Cranbrook.

“I opened up the idea of using Western Hockey League rinks across the province because we do have a rich hockey tradition in every corner of British Columbia, and really superior rinks in places like Kelowna, an AHL rink in Abbotsford, as well as all of the infrastructure that’s in the Lower Mainland.

“But going back to the NHL’s current position on the hub city — Vancouver again has the main arena that the Canucks play at. We’ve got the Coliseum, which with a little bit of spit and polish could be brought back to an NHL standard, I believe. And we also have Langley and we have Abbotsford, as I said, that could be refurbished if need be.

“In terms of hotel capacity in Vancouver, I think that we’re very well placed.”

Horgan failed to mention UBC, which played host to hockey games at the 2010 Olympics, but that’s probably a moot point anyway. Recent reports suggest that the NHL prefers to play games in its own arenas, which look better on broadcasts and have superior back-of-house facilities.

The NHL is reportedly considering 8-9 locations, with 2-4 to be chosen as hub cities. Vancouver and Edmonton are among the cities being looked at, with Toronto, Las Vegas, and St Paul, Minnesota also on the short list.

“Vancouver is well placed; the Canucks are 100% behind getting the hub concept underway. I opened up another couple of alternatives for the NHL to consider. I’m hopeful that they just consider British Columbia at the end of the day.”