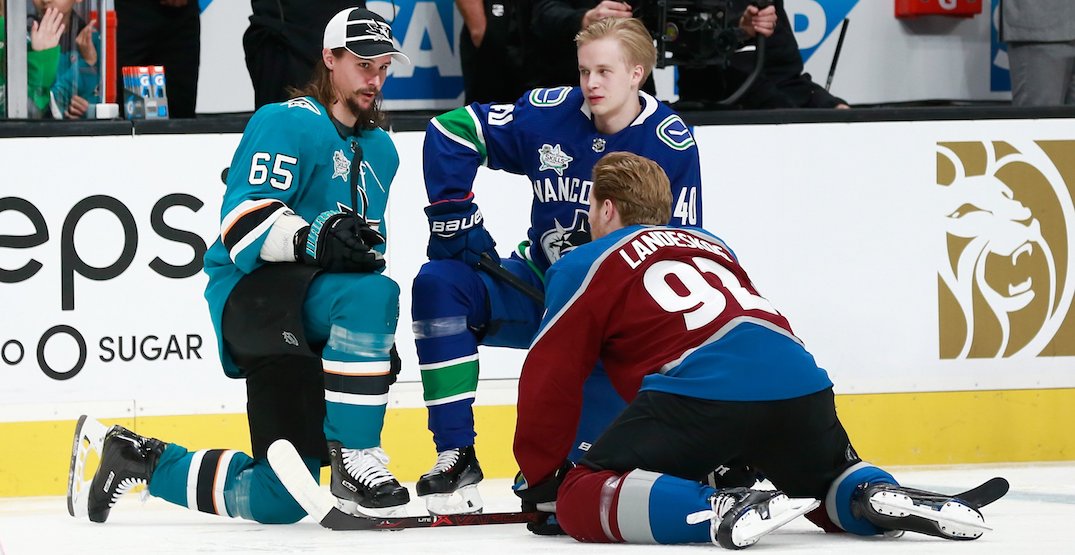 Much of the talk surrounding the NHL’s potential return to the ice this summer in these parts has surrounded Vancouver’s candidacy as a hub city.

We can thank our hockey-loving premier for that.

But while the potential for NHL hockey at Rogers Arena could present a competitive advantage of sorts for the Vancouver Canucks, there’s another reason locals should feel optimistic about the team’s chances.

Thatcher Demko spoke to the media this week, outlining how difficult it will be to get back into game shape. The San Diego native said this was the longest he’s been away from the ice since he was eight or nine years old, and that’s likely true for many others.

We’ve all seen what preseason hockey looks like, and that’s with players skating for weeks and months prior to training camp. While players will surely get a chance to skate prior to the season restarting, time isn’t exactly on their side, so there’s going to be pressure to start quickly.

“For me especially I find it takes a little bit of time for me to get back to being sharp on the ice,” said Demko, who added that he gets rusty after a couple of weeks off normally. “It’s going to be tough just getting back into on-ice shape.”

Demko said it has been “overwhelming” for him at points during the time off, adding “you just don’t really feel like you’re yourself.”

The situation is much different for players in Sweden right now though, and that’s where the Canucks could benefit.

Throughout the pandemic, Sweden has taken the controversial approach to not lockdown their economy. Restaurants and even nightclubs have remained open, for instance.

Needless to say, the opportunity to hit the ice in that country has been greater, and that should give the Canucks a leg up.

No team in the league has more Swedes (5) than the Canucks (minimum 30 games played), with Elias Pettersson, Jacob Markstrom, Alex Edler, Loui Eriksson, and Oscar Fantenberg on the roster. While Edler has chosen to quarantine locally, two of the Canucks’ most important players — Pettersson and Markstrom — will have the opportunity to skate in Sweden.

And that’s something that makes Demko very jealous.

“I would be in just a better mental state if I could be getting on the ice every once in a while,” said Demko. “I was just joking with [Markstrom] that I might have to fly out there (Sweden) and crash on his couch or something. It is what it is. They’re in a much better position, just as far as the country has not been locked down as heavily as North America is. That’s just the way the cookie crumbles.”

The only other Swedish netminder in the Western Conference is Robin Lehner (Vegas Golden Knights), by the way. Other teams in the playoff mix with a heavy reliance on Swedes include Columbus (5 Swedes), Calgary (5), and Nashville (4).

Another advantage the Canucks could have is the age of most of their top players.

After a long layoff, it would stand to reason that young players will more easily be able to bounce back than older ones. I imagine that Pettersson (21), Quinn Hughes (20), Brock Boeser (23), Bo Horvat (25), and JT Miller (27) will be able to hit the ground running better than most.

It has been interesting to see just how interested Premier John Horgan has been in the province potentially hosting NHL games. After all, fans won’t be able to attend, so what difference does it make?

While there’s surely symbolic value — BC’s ability to host games would be an acknowledgement of the province’s success in flattening the curve — there are also some financial benefits too.

If the hub city proposal goes through, seven teams, plus the Canucks, will pump money into the economy. All visiting teams will need hotel rooms and food from local restaurants, among other things.

Demko seemed frustrated by the long layoff in part because he was just finding his stride when the league paused play.

If you recall, Demko was thrown into the fire at a pressure-packed part of the season with Markstrom lost to injury. After struggling initially, the 24-year-old had a .915 save percentage in his last four starts, including a 49-save performance in Vancouver’s last game against the New York Islanders on March 10.

Demko, who had a .905 SV% on the season with a 13-10-2 record, agreed that his overall play was up-and-down. He said he leaned on Markstrom and goaltending coach Ian Clark.

“My teammates were great all year. I was super thankful for them, I was super grateful for the relationship I had with Marky. I was able to talk with him and bounce ideas off of him if I needed to.

“A lot of my relation with the coaching staff went through Ian Clark. I’m talking to him every day, working with him on and off the ice, going over video, that kind of thing. Everything that happens, he’s blunt with you, and he uses it as an opportunity to learn. That’s something that I really appreciate about him.”

“There were some times when things were looking a little bit more grim, so to speak. And then there were a lot of times when I felt really good and I was developing. Ian was great managing both sides.”

Checking in on Trevor Linden

Finally, Trevor Linden appeared in a 25-minute interview with Uninterrupted this week.

Much of the chat was business related, so you won’t hear anything about his time as Canucks president, though I thought it was interesting to hear Linden speak about when he retired from pro hockey in 2008.

“I was so fortunate to be in that position (NHL player) for 20 years,” said Linden. “I think about coming into the league as an 18-year-old kid in 1988 and leaving as a 38-year-old guy that was physically done and mentally done. But thankful for that time.”